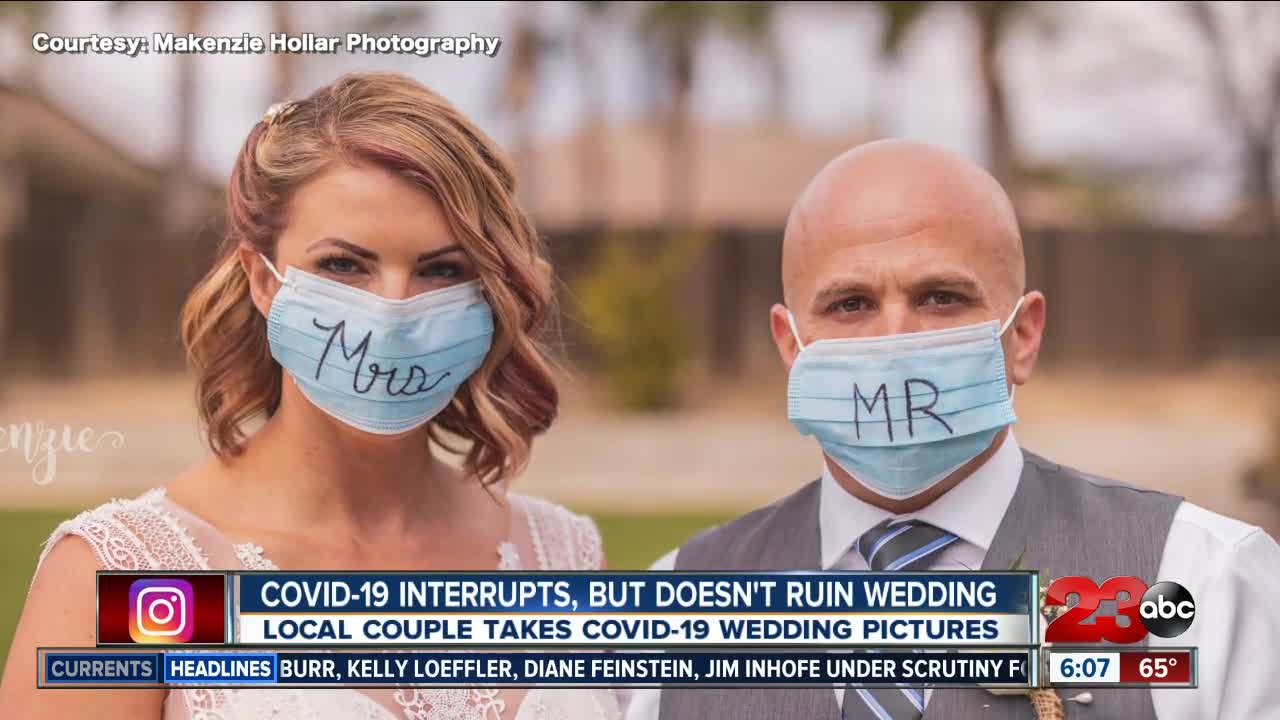 When Andrea and Jeremy Rathbone realized their planned wedding wasn't going to happen because of the Coronavirus, they say they took their lemons and made lemonade. The two started dating in October of 2019 and got engaged Januray 17, 2020. The had their date, venue, photographer, DJ and more all booked for April 4, 2020 in Nipomo. Then the Coronavirus outbreak hit. They decided to get married Thursday instead, just hours before the governor issued a stay at home order. 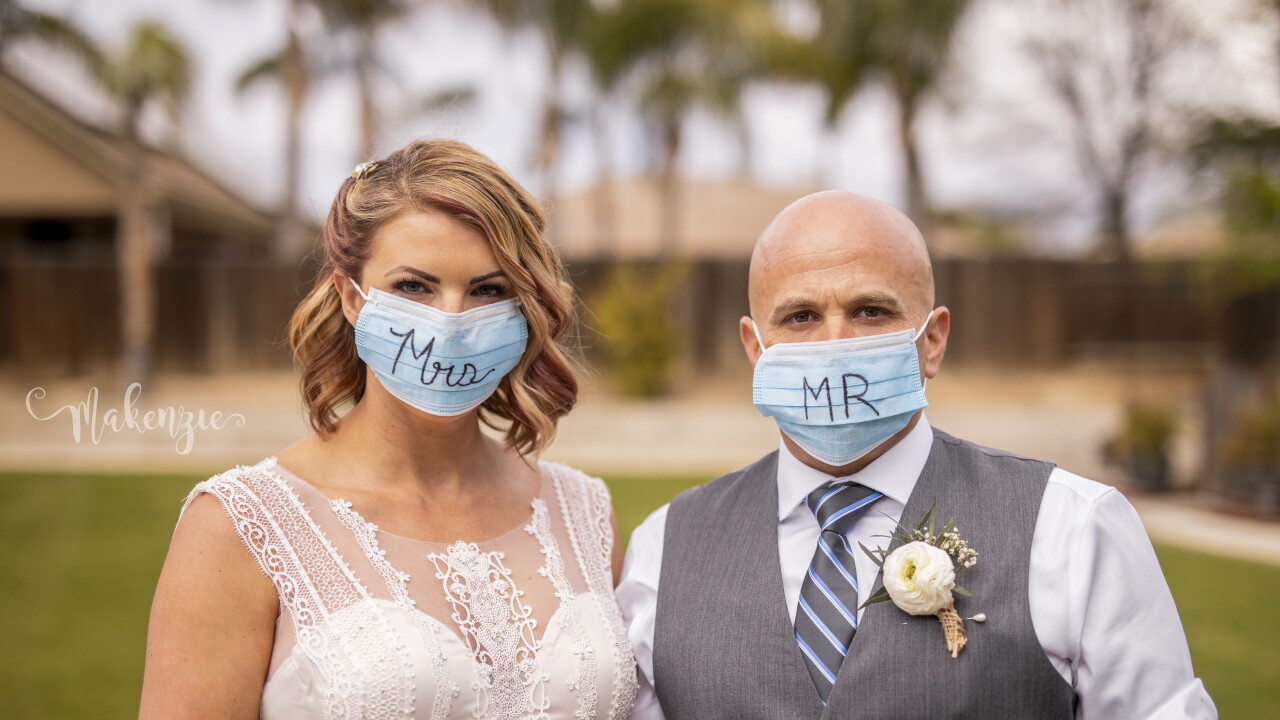 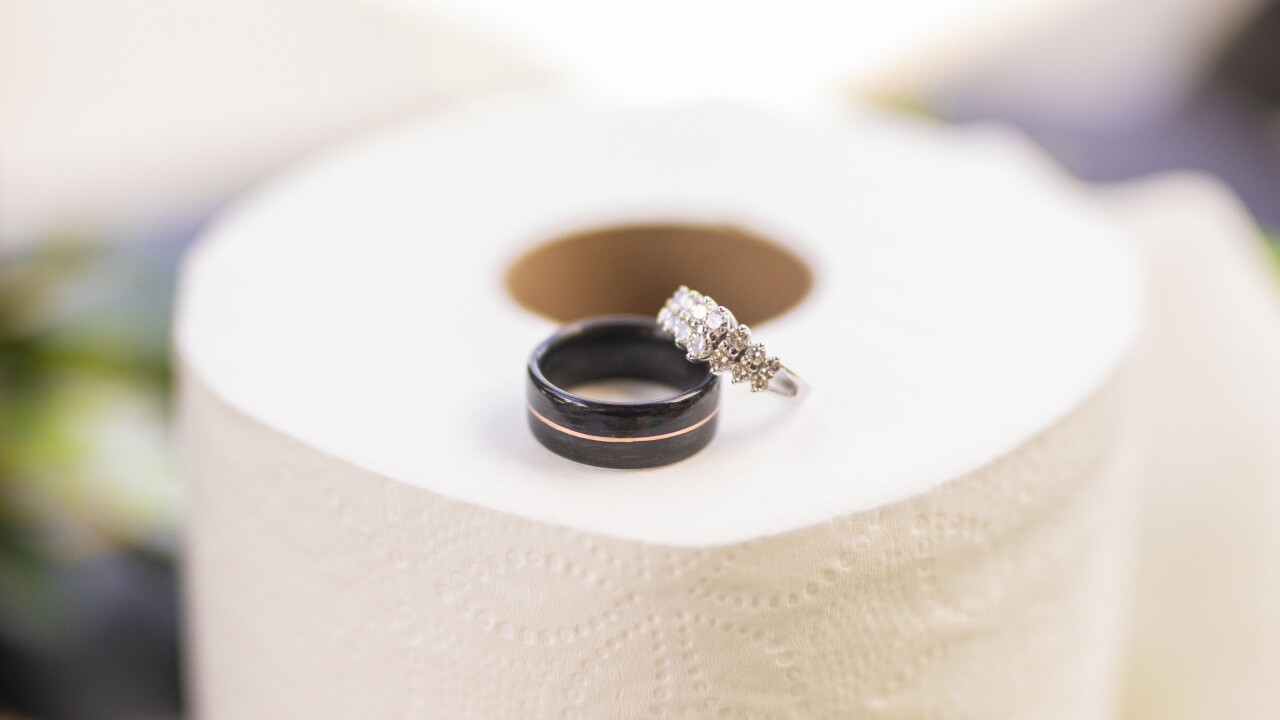 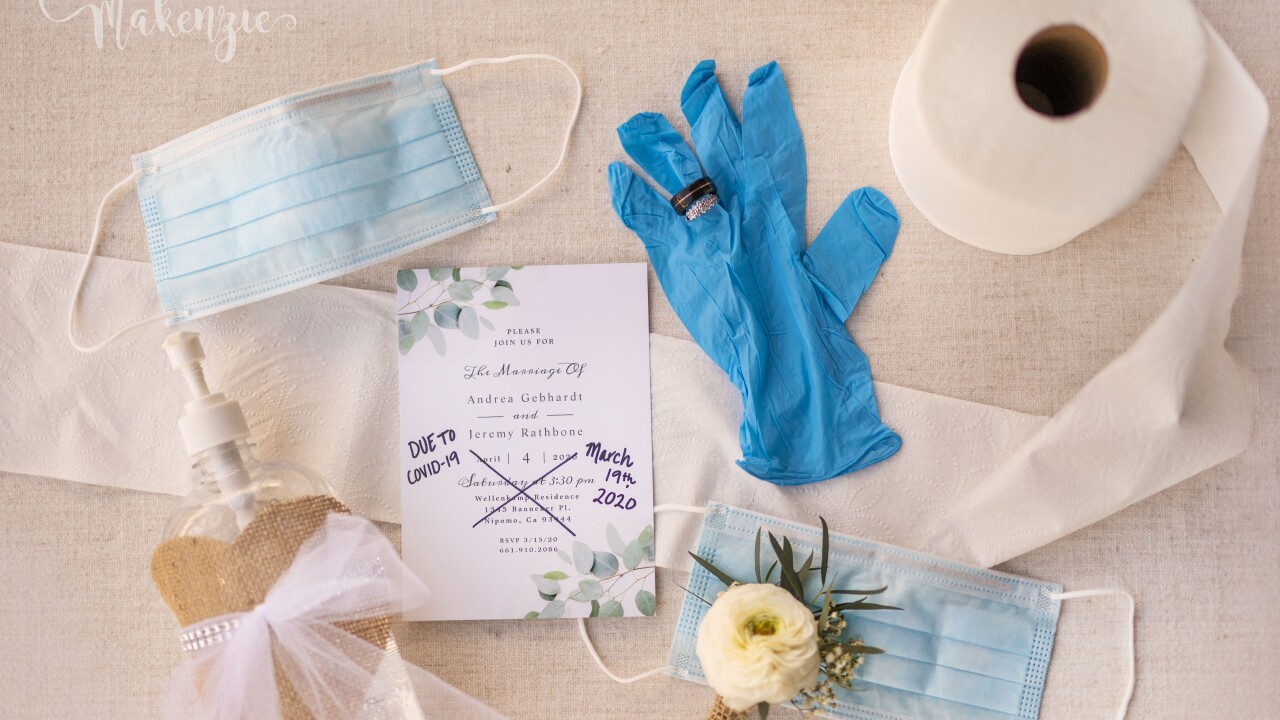 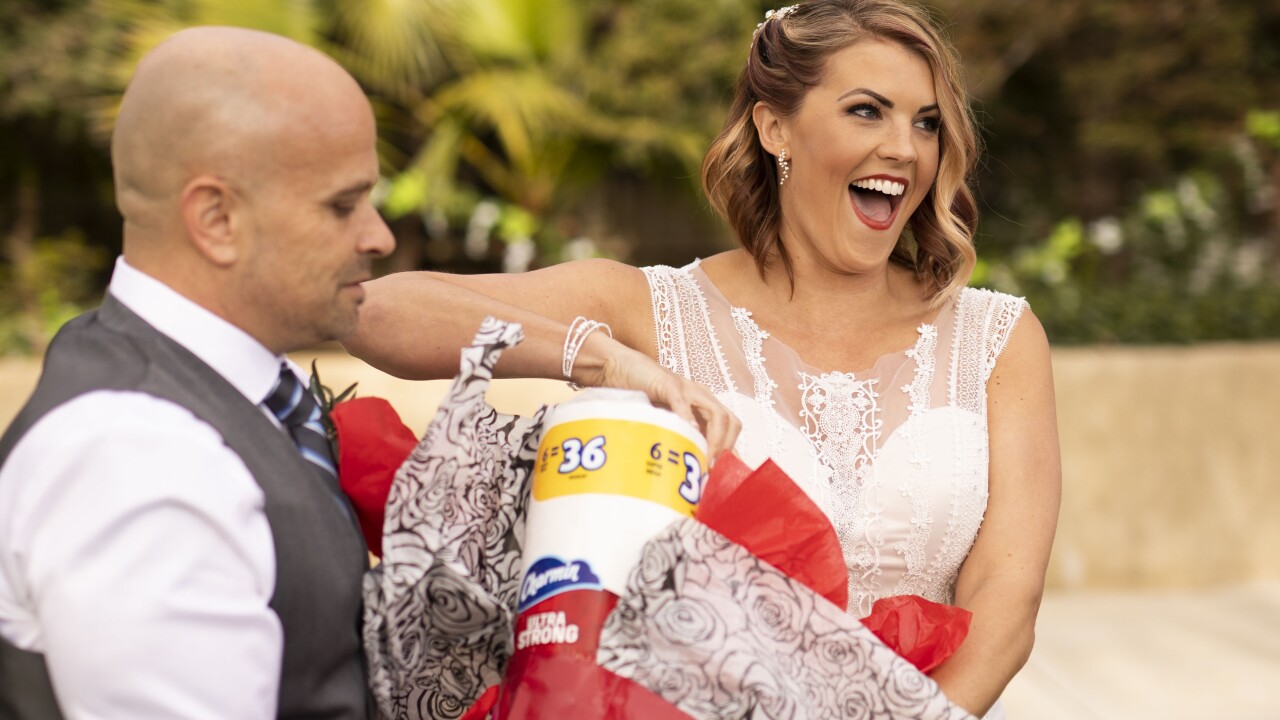 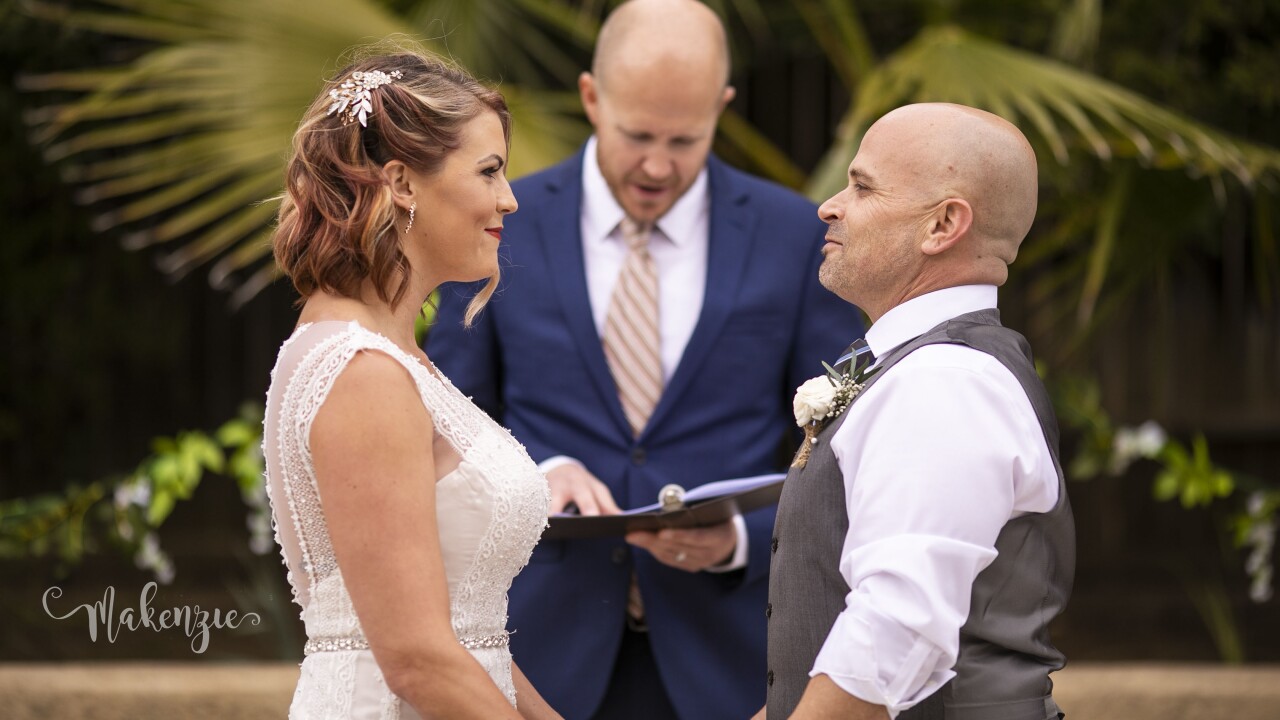 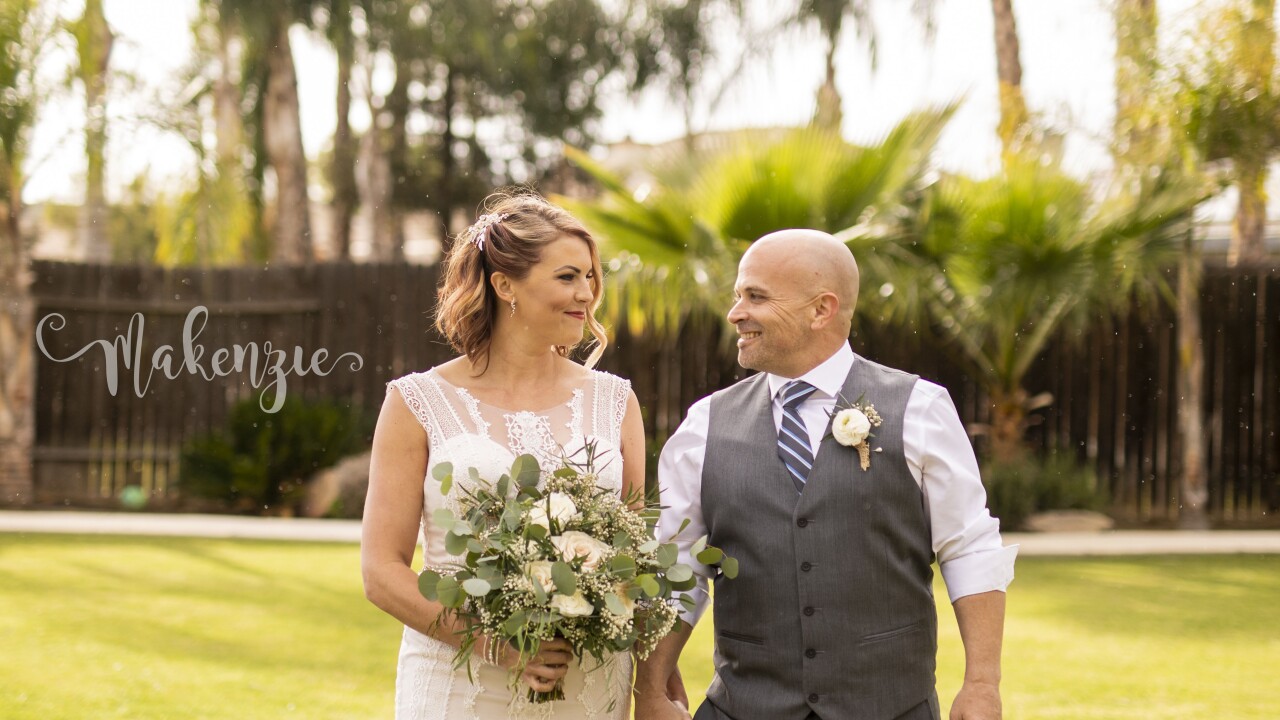 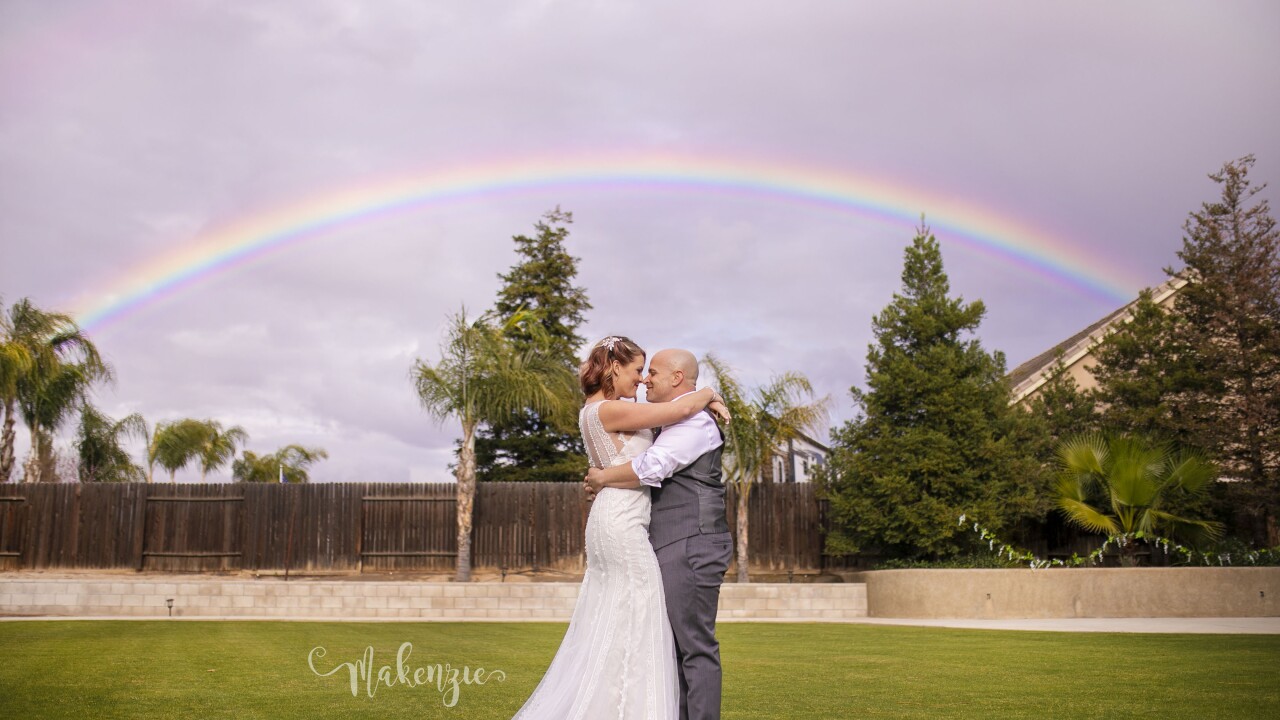 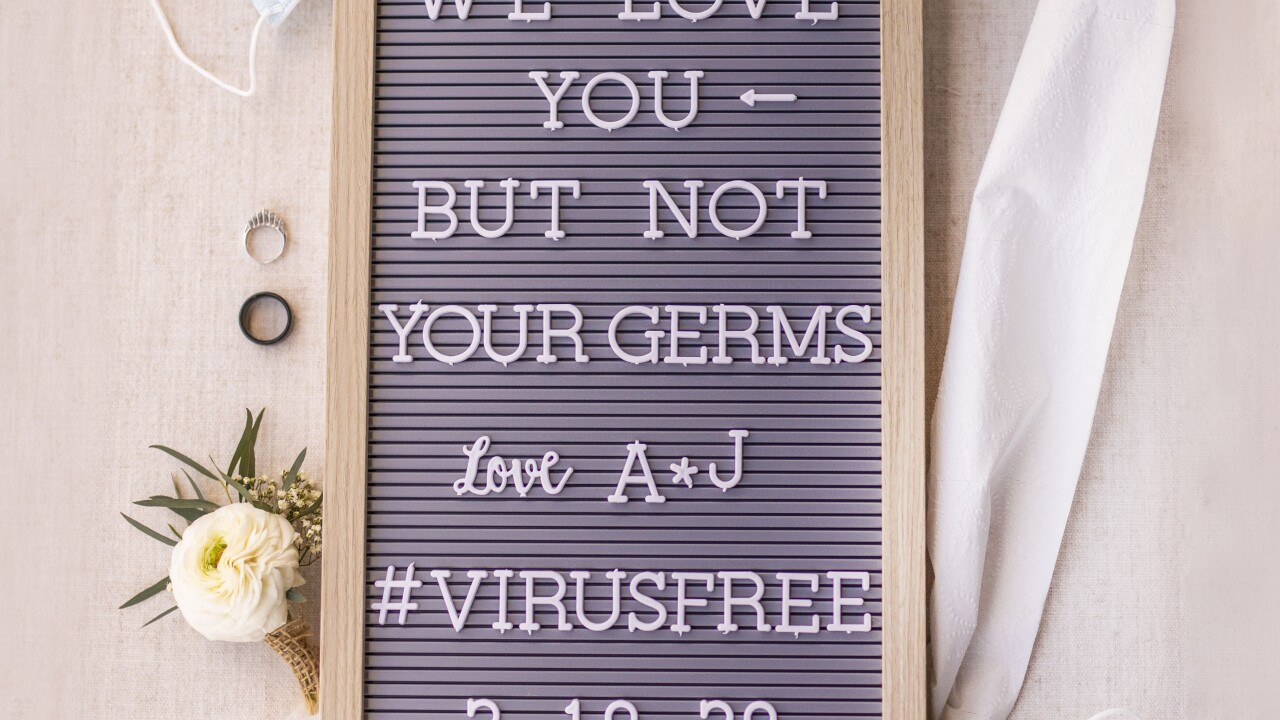 BAKERSFIELD, Calif. — When Andrea and Jeremy Rathbone realized their planned wedding wasn't going to happen because of the Coronavirus, they say they took their lemons and made lemonade.

Then the Coronavirus outbreak hit.

"We decided it was our responsibility to call that date off because we're at this point responsible to kind of help make that decision for our guests." said Jeremy.

Jeremy and Andrea decided to cancel their initial wedding plans and get married on Saturday, March 21, but by Wednesday, March 18, they worried that could get canceled too.

"I said 'We need to make a decision and pull the trigger.' And she goes 'OK, let's just pull it now.' And I said 'Alright, let's get married tomorrow.' And she said 'Alright.'"

Jeremy's best friend, a pastor, agreed to marry them in his backyard.

They hired local photographer Makenzie Hollar with 24 hours notice and she was able to photograph the wedding.

Emma Taber, who runs @emzstemz on Instagram donated Andrea's bouquet for the wedding and on Thursday, with Andrea's children, Jeremy's parents and three close friends, they tied the knot.
Then it was time for pictures.

"Most people have a guest table and we had a sanitation station, just because it seemed appropriate for -- not just like what's going on -- but the nature of the event, we also took precaution." said Andrea.

The couple took pictures with gloves, masks and Purell to help make light of the outbreak ruining their initial wedding plans, but it was the grooms' surprise gift to the bride that sealed the deal.

"I pull out the tissue paper and open it up and it's like a twelve pack. A twelve pack of extra strong, quilted, double -- all the things toilet paper. And I was like you are the man!" said Andrea.

The two said, initially, they worried if the Coronavirus was a sign they shouldn't get married, but said right after they said "I do", a perfect rainbow appeared and they knew it was meant to happen the way it did.

"It's a happy day. I'm not going to let what's going on right now take that away from me." said Jeremy.

Andrea and Jeremy say they went to pick up Thai food after taking their vows and that's when they heard the governor issed a "stay-at-home" order.

The couple said they'd rather be stuck at home together as Mr. and Mrs. instead of being stuck apart.

They said they will still have the wedding of their dreams, it just won't be on April 4 like they planned.

"We're going to have some really great stories to tell for the rest of our lives." said Andrea.