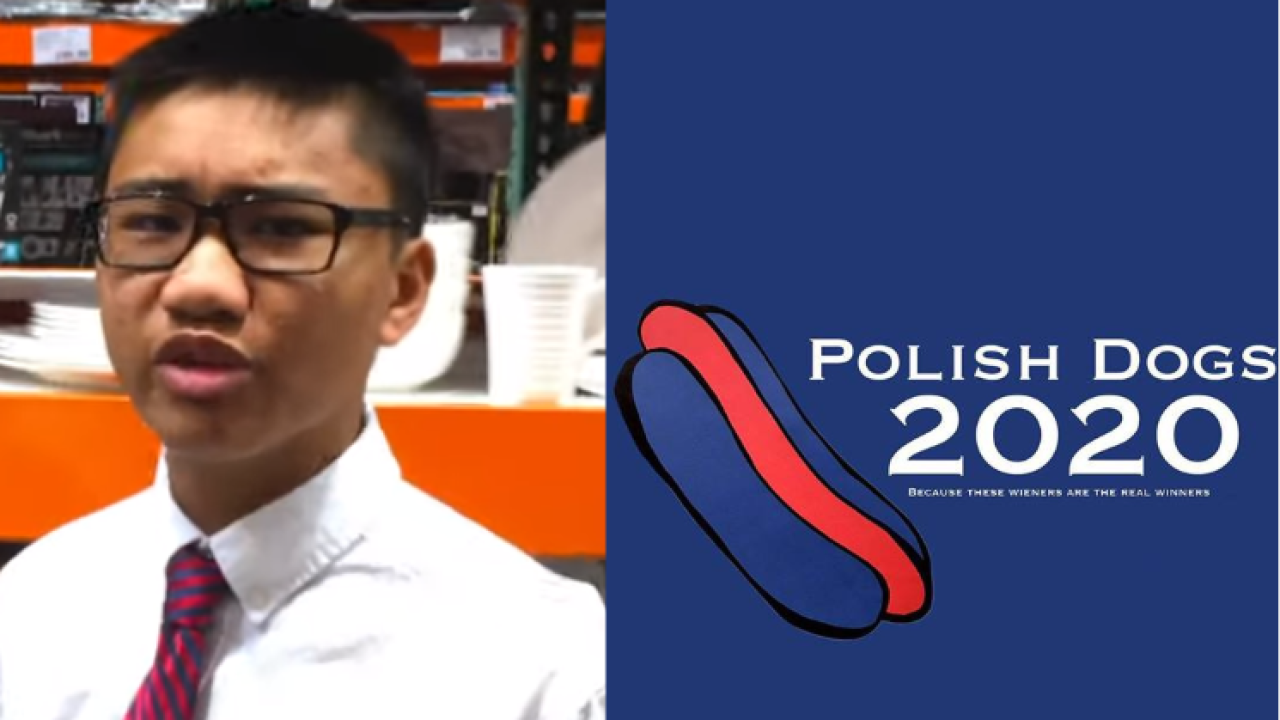 The face and brains behind the campaign are 16-year-old Izagani Aquino, a Junior Vice President at San Marin High School in Novato.

"I love them with all my heart. They're really tasty," Aquino, wearing a "Polish Dogs 2020" shirt, explained when asked why he launched the campaign. "They used to be at Costco."

Aquino posted a tongue-in-cheek campaign video on YouTube in which he describes his advocacy for Polish dogs as an issue "very near and dear to my heart." He describes the $1.50 Polish dogs, which Costco took off the menu last year, as "a hallmark of American Society" and a "true symbol of our great nation."

"From the get-go, I always wanted there to be a more profound underlying meaning," Aquino said. "I made sure that I designed the whole movement so it was easily accessible to my peers, who could draw inspiration to it in order to raise awareness to things that they care about as well."

But on the Polish dog's issue, specifically, Aquino is already generating real support.

"This man is a genius. This boy needs to be put on a pedestal. I would vote for him for president as well," Eddie Manciei, a Costco shopper, said when he heard about Aquino's campaign effort.

San Jose's own eating champion Joey Chestnut, still recovering from the 71 hot dogs he ate on the Fourth, said he grew up eating $1.50 Polish dogs and that he's also behind it.

"I think it would be good to get Polish dogs back," Chestnut said. "I think more than one encased meat on the menu would be a good thing."

Aquino said he had reached out to Chestnut on Instagram hoping he would get his backing.

This story is courtesy of ABC News' Liz Kruetz.