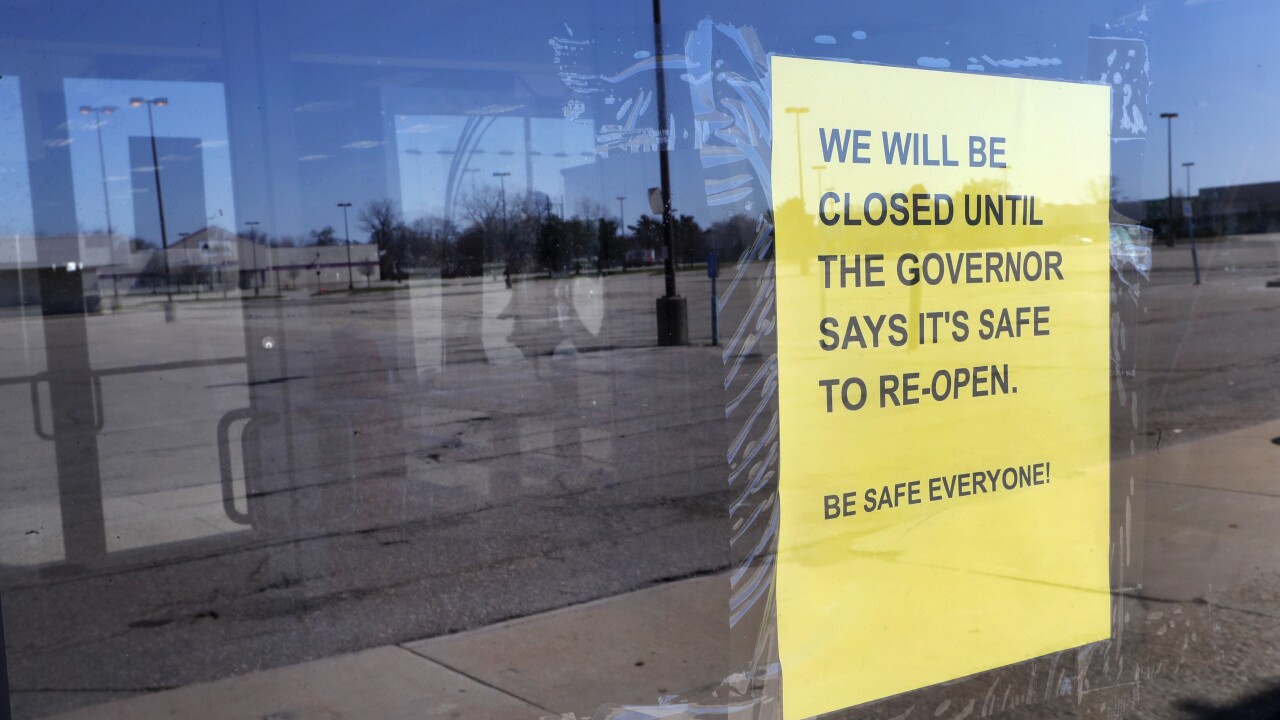 Copyright 2020 The Associated Press. All rights reserved
Paul Sancya/AP
A closed sign is shown at Romeo &amp; Juliet Furniture and Appliances with an empty parking lot in Detroit, Thursday, April 2, 2020. The coronavirus COVID-19 outbreak has triggered a stunning collapse in the U.S. workforce with 10 million people losing their jobs in the past two weeks and economists warn unemployment could reach levels not seen since the Depression, as the economic damage from the crisis piles up around the world. (AP Photo/Paul Sancya)

This brings the total for the two week period to 11,397 unemployment claims.