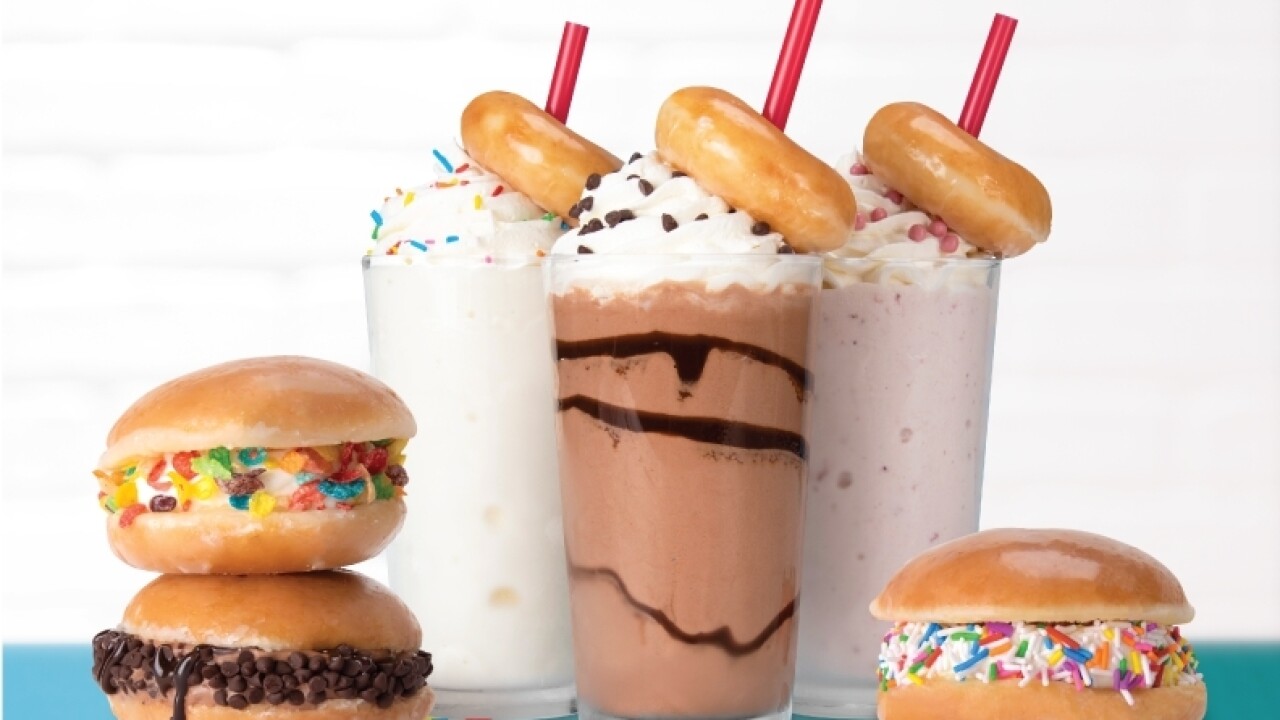 Hold on to your sweet tooth, Krispy Kreme is taking on the ice-cream biz!

On Monday, the doughnut-chain announced the sweet news in a press release saying that it will "debut its first comprehensive shop redesign in more than a decade on Tuesday treating fans in Concord, N.C., to a taste of what’s to come from the brand."

Krispy Kreme says that it will soon feature doughnut-infused ice cream which will come in both milkshakes and scoop sandwiches. The company also said that its locations will roll in a new experiences for customers "including the ability for guests to customize the iconic Original Glazed® Doughnut."