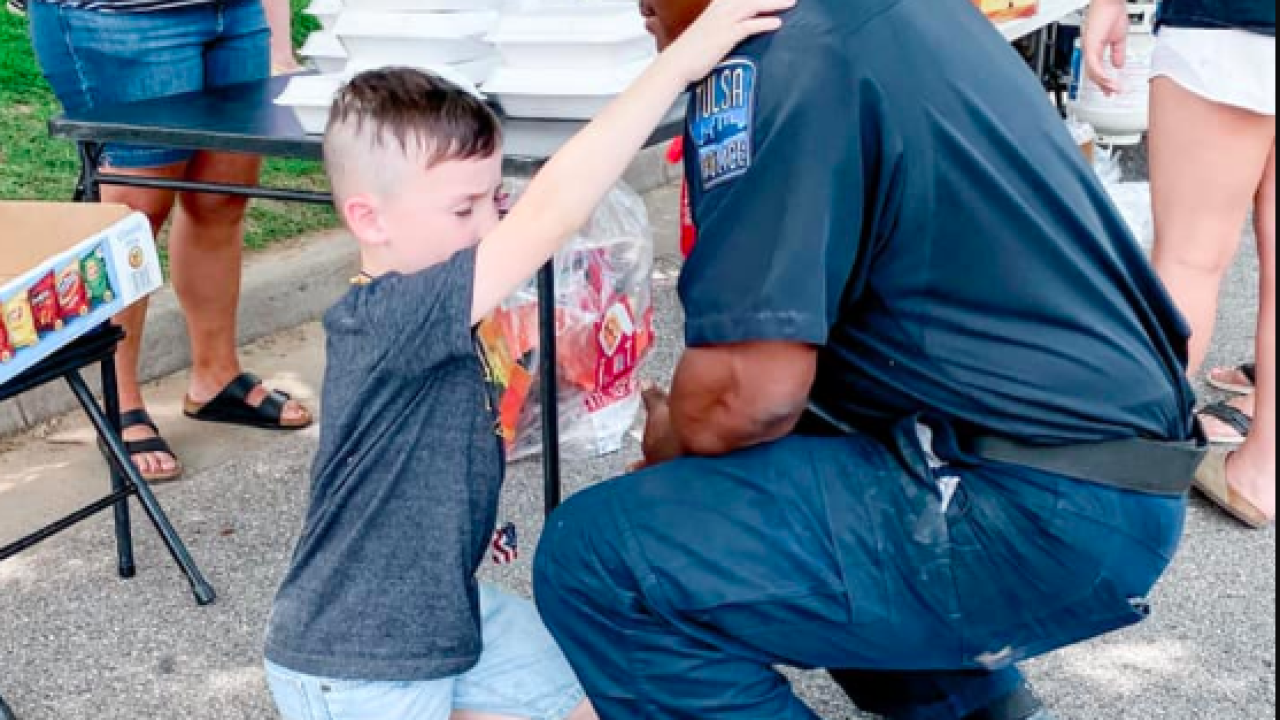 A Facebook post of a 7-year-old Tulsa boy praying for a Tulsa police officer is going viral.

Trey Elliott's mother, Brittany Elliott, shared a post on her Facebook page on June 1 that showed Trey praying for a Tulsa Police Officer.

The powerful image shows Trey on his knee with his tiny hand placed on the shoulder of the Tulsa police officer who can be seen bending down. Both with their eyes closed in prayer.

"Today Trey (7) asked to pray for officers in the Tulsa Police Department," Brittany posted on Facebook. "So that exactly what he did. This boy laid his little hands on officers to show them that we love and support them.

"If this pictures shows you anything, let it be to pray for those around you," Brittany added.

This story was originally reported by KJRH.