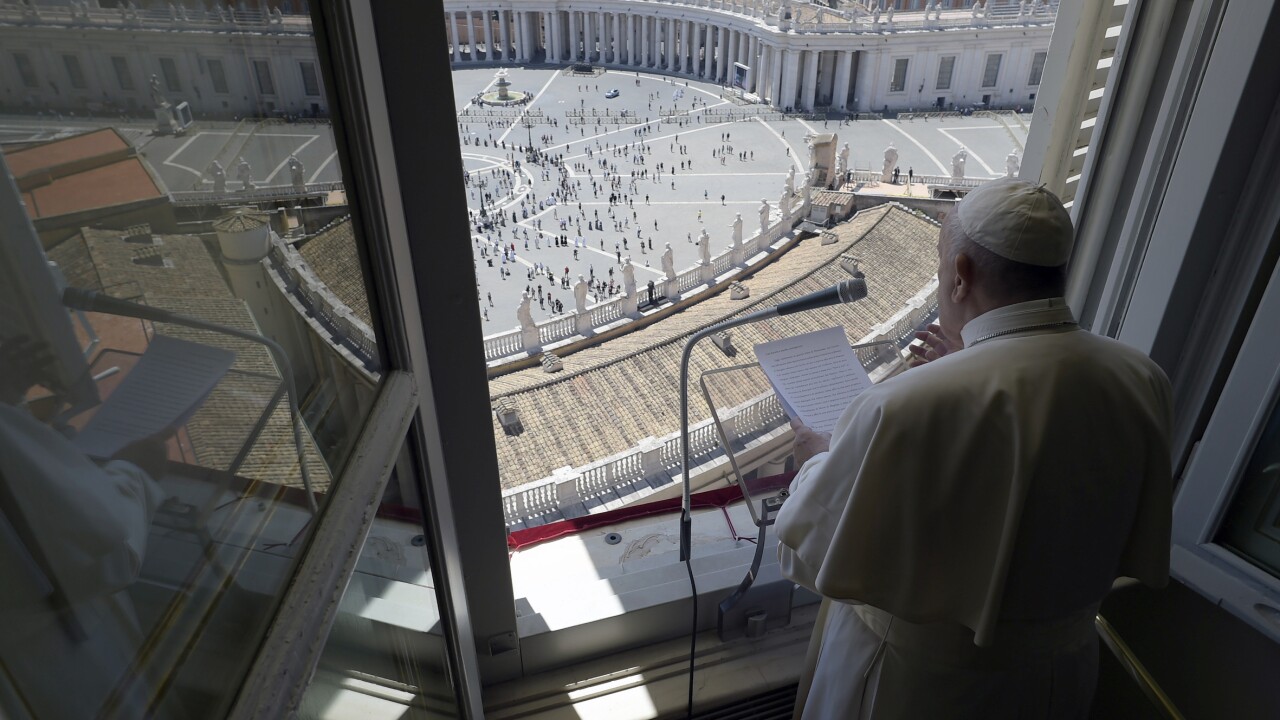 Vatican Media
Divisione Produzione Fotografica/AP
Pope Francis reads his message from his studio window overlooking St. Peter's Square at the Vatican, Sunday, May 31, 2020. Francis celebrated a Pentecost Mass in St. Peter's Basilica on Sunday, albeit without members of the public in attendance. He will then went to his studio window to recite his blessing at noon to the crowds below. The Vatican says police will ensure the faithful gathered in the piazza keep an appropriate distance apart. (Vatican News via AP)

VATICAN CITY — Pope Francis says he has ‘’witnessed with great concern the disturbing social unrest’’ in the United States in reaction to the killing of George Floyd and called for national reconciliation.

"My friends, we cannot tolerate or turn a blind eye to racism and exclusion in any form and yet claim to defend the sacredness of every human life,’’ the pope said during his weekly Wednesday audience, held in the presence of bishops due to coronavirus restrictions on gatherings.

At the same time, the pontiff warned "nothing is gained by violence and so much is lost.’’

Francis said he was praying "for the repose of George Floyd and all those who have lost their lives as a result of the sin of racism’’ and issued his condolences for all those who grieve their loss.

He called for national reconciliation and peace.

We cannot tolerate or turn a blind eye to racism and exclusion in any form. At the same time, we have to recognize that violence is self-destructive and self-defeating. Nothing is gained by violence and so much is lost. Let us pray for reconciliation and peace.