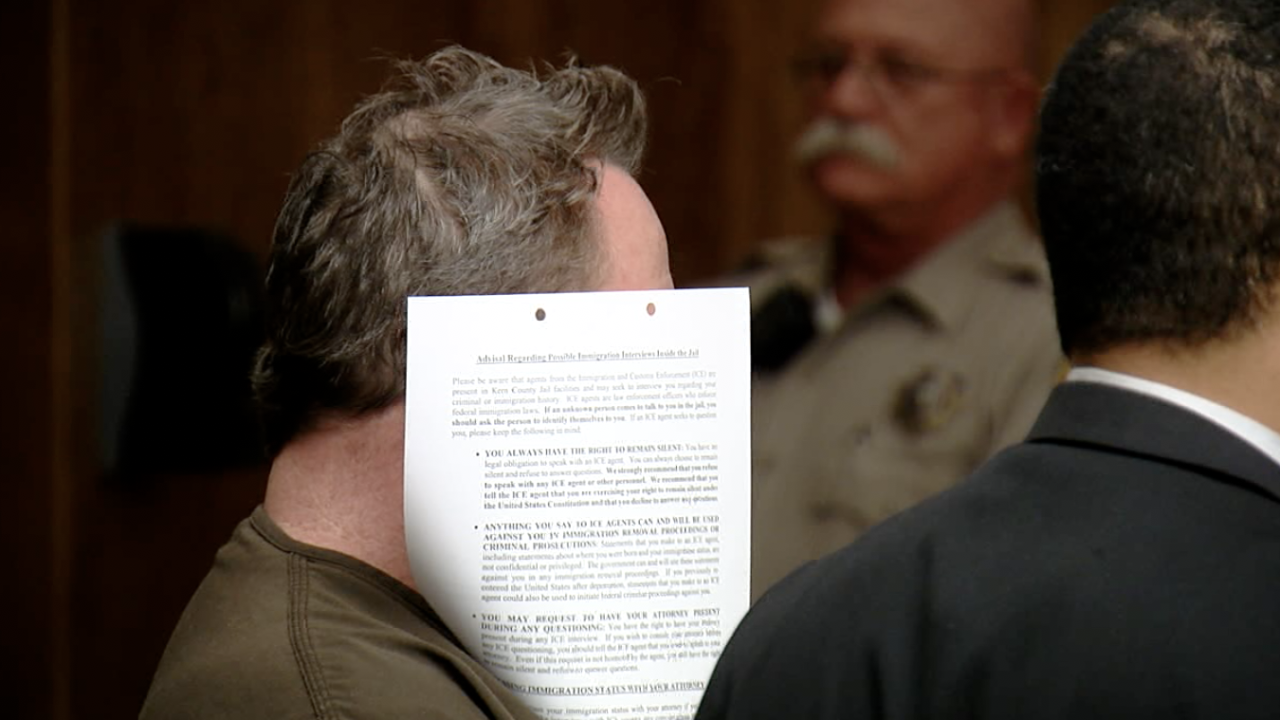 BAKERSFIELD, Calif. — Alleged street racers Ronald Pierce and Israel Maldonado will be arraigned on May 26 for murder charges, among others, related to a deadly crash in November.

On Friday a judge found sufficient cause to believe the two defendants committed the crime related to the charges. Among, first and second degree murder, Pierce, 50, and Maldonado, 34, are facing charges of gross vehicular manslaughter, reckless driving and engaging in a motor vehicle speed contest in the deadly crash that occurred last year on city streets, court records show.

Officials said on November 24, Pierce and Maldonado were racing Northbound on Old River Road when Pierce's Mustang lost control and hit a passing minivan driven by 58-year-old Maria Navarro. The van spun out into the Southbound lane into oncoming traffic. The van was then broadsided by a crane truck.

Navarro was killed in the crash and two minors, who were also in the van, was taken to the hospital.

Court documents showed Pierce was driving under the influence and as fast as 133 miles per hour right before the deadly crash. The documents stated Pierce "drove so recklessly and dangerously that he displayed indifference to human life, and these actions directly caused the death of (Navarro) with implied malice aforethought..."