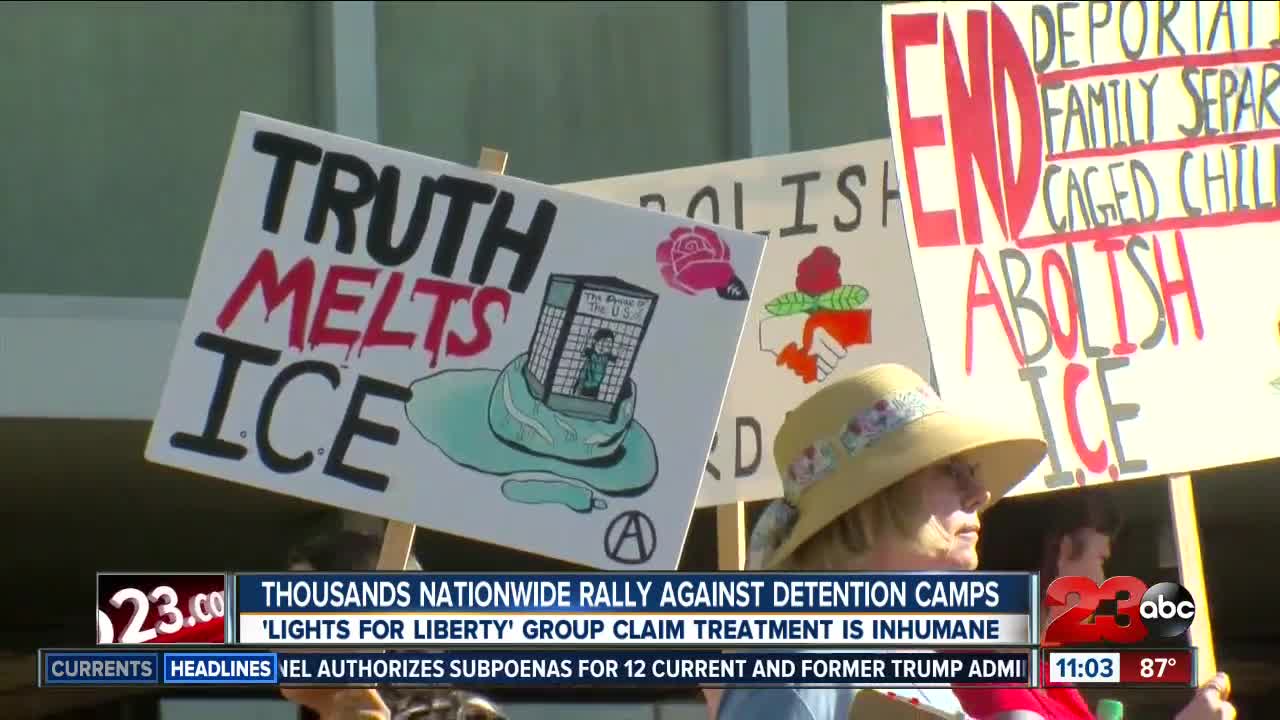 BAKERSFIELD, Calif. — Friday night the Lights for Liberty rallies held nationwide made their way to Bakersfield.

As the United Farm Workers Association and other organizations are calling for an end to what they say are inhumane policies against migrant families and children.

President Trump standing firm on his call for deporting illegal migrants across the nation, ICE operations scheduled to begin on Sunday.

Activists and organizations such as Deloras Huerta Foundation and Women's March Kern County are teaming up for the Lights for Liberty rallies --a national wave of protests from Philadelphia to Los Angeles to Downtown Bakersfield. All of them demanding for detention centers to be closed.

"We see in the news what is happening but we have a detention center right here in our backyard and we want to shed light on that issue," Amber Tovar with the UFW Foundation explained.

The Mesa Verde ICE Processing Center in Downtown Bakersfield is privately owned and holds around 400 people in the process of either deportation or having applied for asylum.

"You need to close your eyes and imagine the ones that are in these so-called centers which are actually cages and prisons," Tovar added.

ICE officials expected to launch raids that could be in as many as 10 major cities. The vice president tweeting out his support saying in part quote "earlier this year the president declared the border crisis a national emergency. We won't rest or relent until we put an end to the crisis once and for all!"