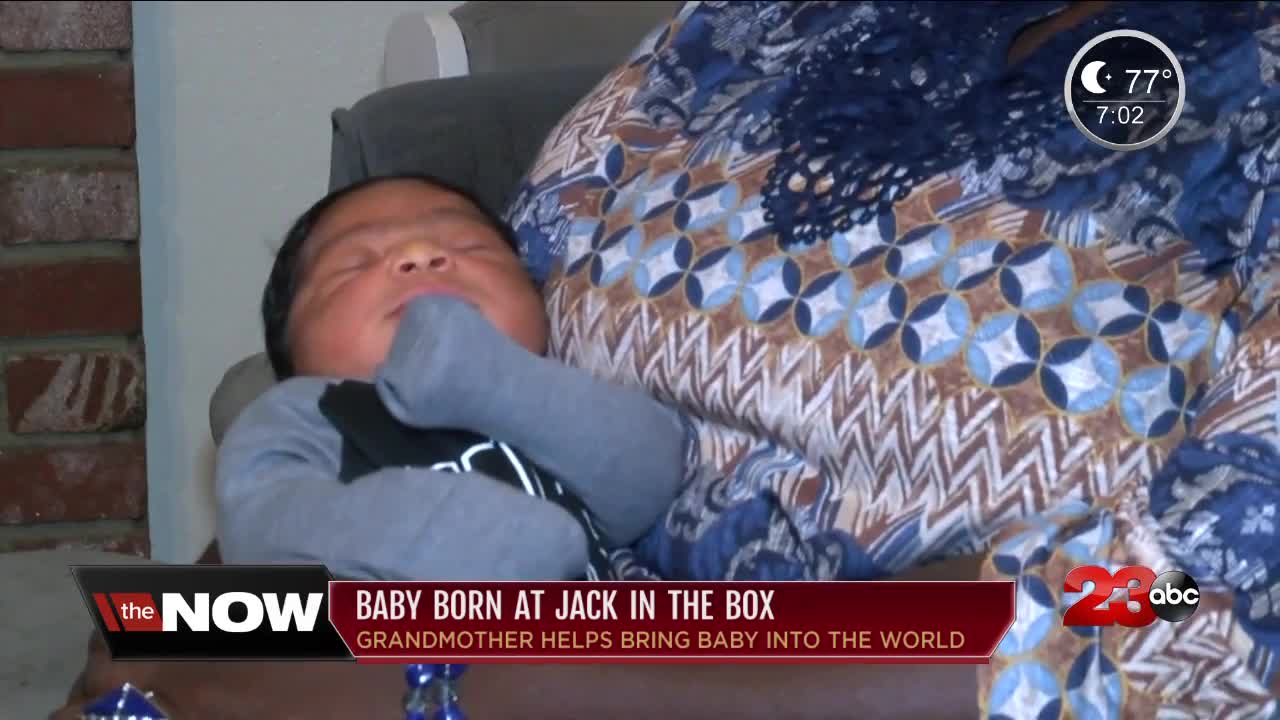 BAKERSFIELD,Calif. — On Tuesday, a local mom is recovering after delivering her baby boy at the Jack in the Box off of Union Ave. here in Bakersfield.

Donica Delarose, a mother of five, has been preparing for her bundle of joy and never thought she would find herself giving birth in the back of her car at a Jack in the Box parking lot.

"I didn’t expect him to have this grand entrance," said Delarose.

Delarose says that she and her family had already planned on naming her son, Shawn Jaxton, aka 'Jack-Jack', long before his unexpected arrival.

"We were trying to think of a nickname for him and my daughter kept saying 'Jack- Jack' and they love The Incredibles," said Delarose. "It was just outrageous, it's like we talked it into existence."

Despite the commotion, both baby 'Jack-Jack', who weighs 8 pounds, and mom are healthy.

"I just want to thank everyone that assisted because looking back on it they all jumped into action and it was wonderful," Delarose said.

Delarose was not alone on that faithful September 14th night.

Regina Hines, her mother was the one driving and who delivered the baby.

Hines says they were on the way to the hospital when she had to pull over to the nearest place, the Jack In the Box.

"It was just surreal I ran to the passenger side and saw all that hair, I knew he could not fall to the ground and I guided him out," Hines said.

This is Hines 38th grandchild and says this was her and Delarose third time heading to the hospital that day.

Mom and Grandmother tell 23ABC that they went to Memorial Hospital twice and were told she was not ready to deliver yet.

23ABC reached out to the Memorial Hospital and they stated they cannot comment on this due to privacy concerns.

"I just think about the God I serve who gives life and he let me see and experience the way it comes into the world," Hines said.

23ABC reached out to Jack in The Box and they did not have a comment at this time but are planning a special surprise coming this week for Delarose and her new little 'Jack-Jack'.

"The employee from Jack in The Box, I would really love to say thank you," said Delarose. "She was really by my side the entire time until the ambulance made it."

Grandmother Hines had this message to say to Shawn Jaxton when he gets older.

"Grandma was blessed to deliver you into this world with the help of God," said Hines.