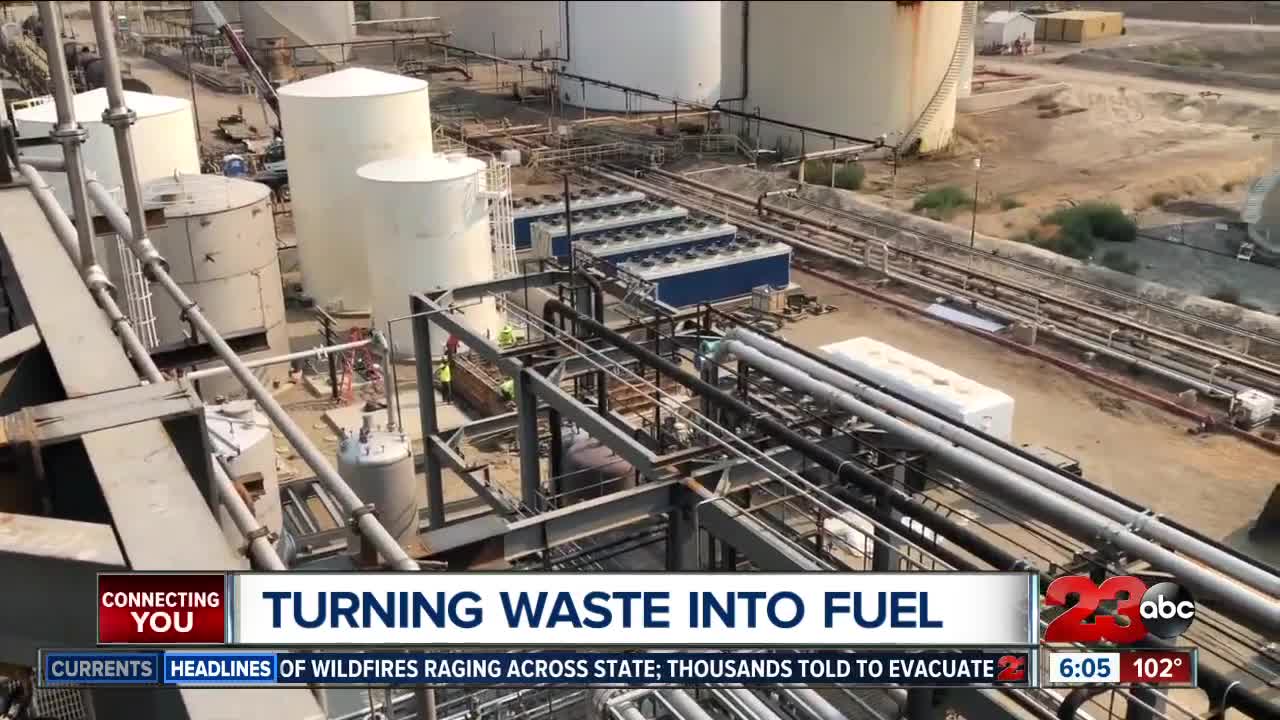 BAKERSFIELD, Calif. — Crimson Renewable Energy is California's largest biodiesel plant and biggest producer of ultra-low carbon biodiesel in the state. The company tell 23ABC their biodiesel is not only reducing pollution but it's also creating jobs.

23ABC was invited to see how the lab takes waste materials such as cooking oil, from thousands of restaurants and turns it into fuel.

Congressman TJ Cox, a chemical engineer himself who was also touring the plant, said there needs to be a transition away from fossil fuels and towards more sustainable energy sources.

"When we can continue to build things like refineries, big capital investments and create those well paying jobs, those are the steps that we want to take. These types of plants and these investments are critical to meet our energy needs of the future," said Rep. TJ Cox.

Cory Busby who is the director of operations at Crimson Renewable Energy, said the current plants pollution reduction is taking approximately 33,000 cars off the road. Busby also said when the new plant opens that number will increase.

"With the Crimson plant and the Rip Cat plant it's like 50,000 cars off the road per year," said Busby.

"We can transition to renewable fuels like this that are going to use the same type of plants, the same time of refineries, the same heat exchangers and distillation columns and the new technologies that we're seeing. And these are all well paying jobs that are on par with other fossil fuel industries," said Rep. TJ Cox

Ron Stein who is an author and the founder of PTS Advance an energy staffing company, said a life without fossil fuels would mean no planes in the skies or drivers on the freeways.

"It's not going to provide fuels. I mean our transportation system -there's almost one and half billion vehicles in the world. The airlines the cruise ships, I mean electricity can not run those. Without transportation we have no economy," said Stein.

According to Crimson's website, more than half of the biofuel they produce is used nearby in the Central Valley. While the COVID-19 pandemic has left many unemployed Crimson Renewable Energy said they are hiring.