Dunkin' says it is closing about 800 restaurants across the country, most of them in Speedway convenience stores 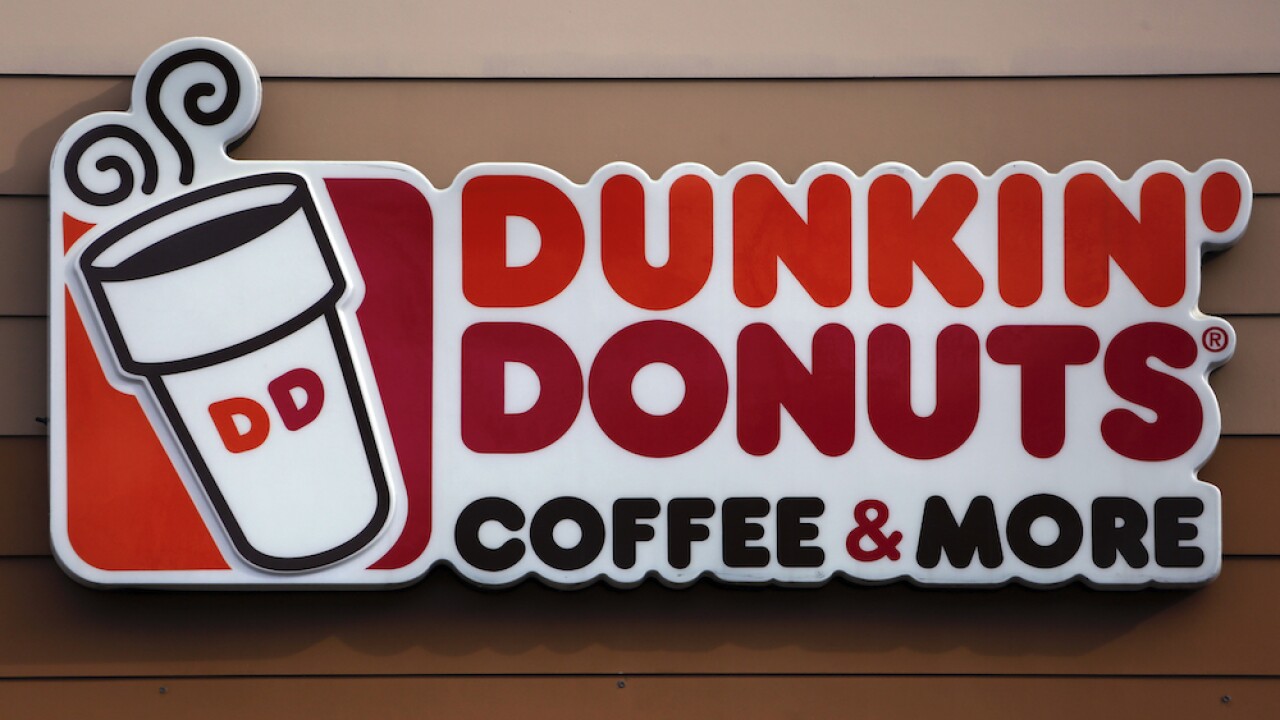 Copyright 2018 The Associated Press. All rights reserved.
Gene J. Puskar/AP
FILE- In this Jan. 22, 2018, file photo shows the Dunkin' Donuts logo on a shop in Mount Lebanon, Pa. Dunkin' is dropping the donuts — from its name, anyway. Doughnuts are still on the menu, but the company is renaming itself "Dunkin'" to reflect its increasing emphasis on coffee and other drinks. The change will officially take place in January 2019. (AP Photo/Gene J. Puskar, File)

Dunkin' is permanently closing about 800 locations throughout the country — about eight percent of its restaurants in the U.S.

The company detailed the changes in its quarterly earnings report on Thursday.

Dunkin' described the closures as "real estate portfolio rationalizations." It also said the locations have low sales volume and represent only two percent of its U.S. sales last year.

More than half of the closures are in Speedway convenience stores — a change Dunkin' previously announced in February.

The company said it may permanently close about 350 locations outside of the U.S.

The announcement comes a day after McDonald's said it would close around 200 locations, most of them in Walmart stores.