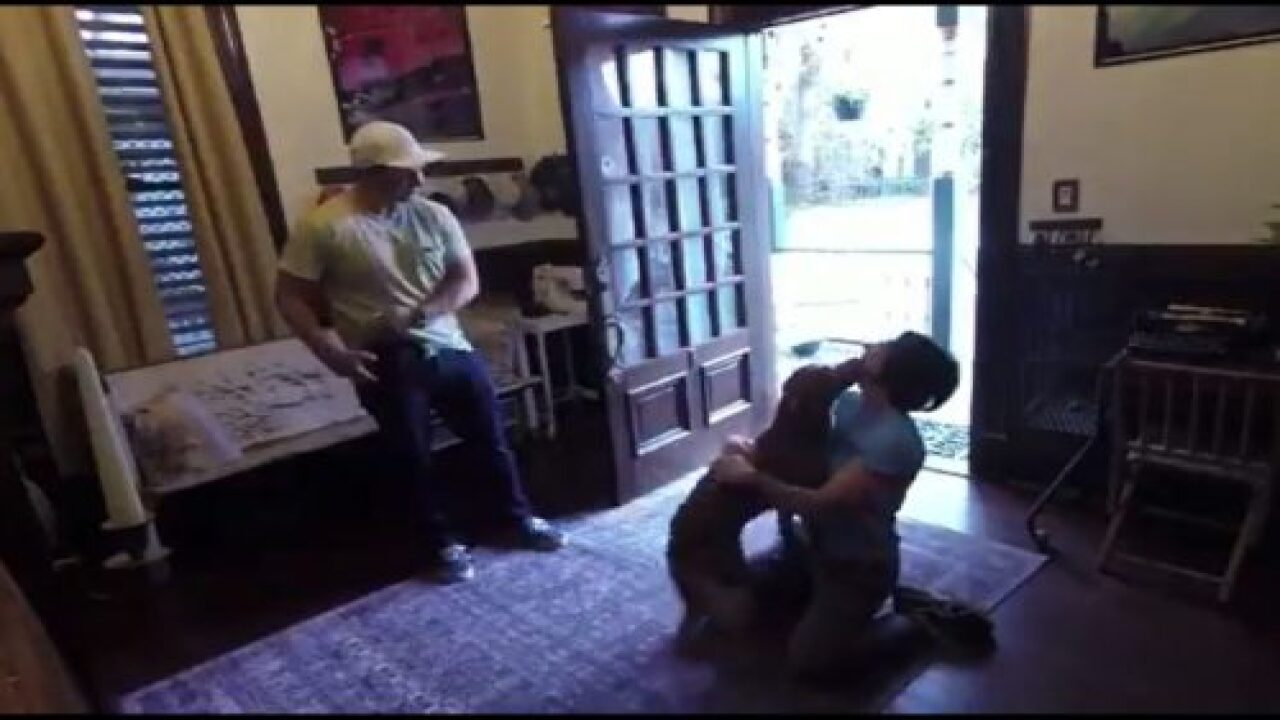 Dogs owners have a special bond with their beloved pets and leaving them for even a short time can be a challenge. Most owners have to part from their pup during the workday. But at least then, both the dog and the owner know they’ll only be apart for a few hours. Now imagine what it would be like if your job kept you away from home for 11 months!

NASA astronaut Christina Koch had to leave behind her beloved dog while she went on an out-of-this-world adventure. For 328 days, Koch stayed onboard the International Space Station orbiting the Earth. Her time in space was only 12 days short of the record for an American single-spaceflight record, held by astronaut Scott Kelly.

After returning to Earth, Koch couldn’t wait to reunite with her favorite furry friend, who has quite an interesting name: LBD.

“We call her LBD, little brown dog. She’s from the Humane Society and she couldn’t be sweeter,” Koch told “CBS Evening News.”

After a few days of getting reacclimated to life on Earth at Johnson Space Center in Houston, Texas, Koch finally got to go home to see LBD. The happy reunion between owner and pup was caught on video, which Koch shared on her official Twitter account.

It’s clear from the moment the video starts that LBD is excited to see her long-missing doggie mama. Standing right up on her hind legs, LBD practically jumps out the door as it opens.

Any fear Koch may have had about her darling LBD not remembering her quickly disappeared as the excited pup ran around, barked and finally jumped up onto Koch to give her some long overdue kisses.

Not sure who was more excited. Glad she remembers me after a year! pic.twitter.com/sScVXHMHJn

“And yes, she was very excited, I was very excited, I’m not sure who was more excited!” Koch told “CBS Evening News.” “You know it’s just a symbol of coming back to the people and places that you love, to see your favorite animal.”

The video has gone viral with more than 22,000 retweets and almost 160,000 likes so far. There’s nothing more heartwarming than a reunion, after all!