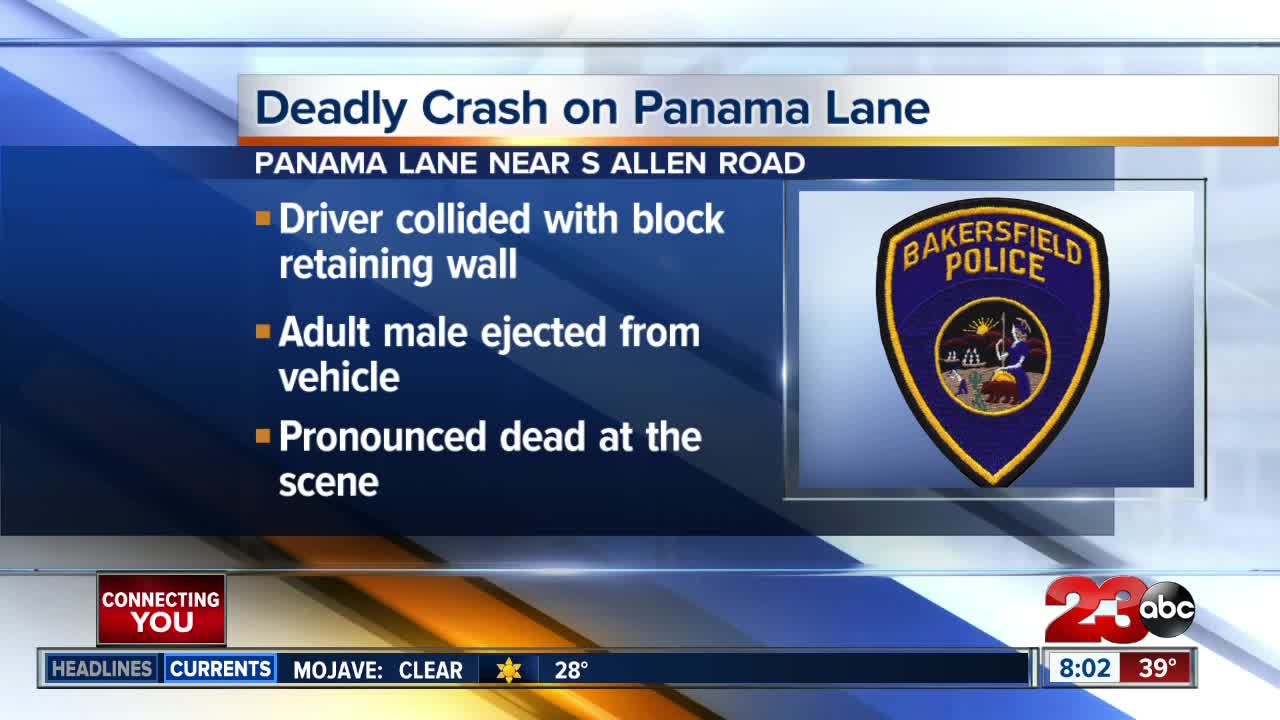 BPD is investigating a deadly crash on Panama Lane. The crash happened Friday night just before 10 p.m. Officials say the driver was ejected from the car and was found dead at the scene.

The Bakersfield Police Department is investigating a deadly crash on the 12800 block of Panama Lane.

The single vehicle crash happened Friday night just before 10 p.m., according to BPD.

Officials said the man driving the vehicle left the roadway and crashed into a block retaining wall. The driver was then ejected from the vehicle.

He was found dead at the scene, according to BPD.

It is unknown if alcohol, or drugs were factors in the crash.

Anyone with information about this case is encouraged to contact BPD at (661)327-711.