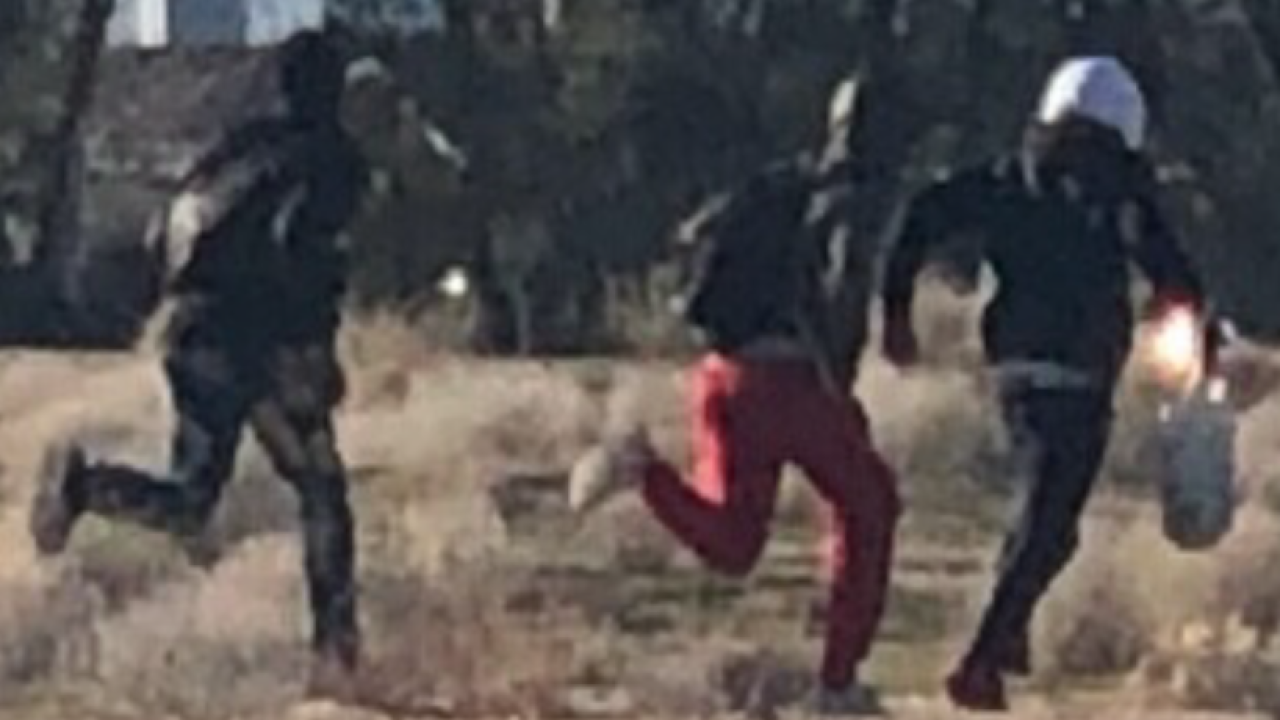 Three black boys in their late teens, wearing hoodies and ski masks are accused of robbing a clothing store at Victor Plaza in Cal City Friday, according to police.

Officers said after assaulting a store employee, the teens took money and items before running away.

Police arrested a 16-year-old Cal City High School boy, but they are still looking for the two other suspects.