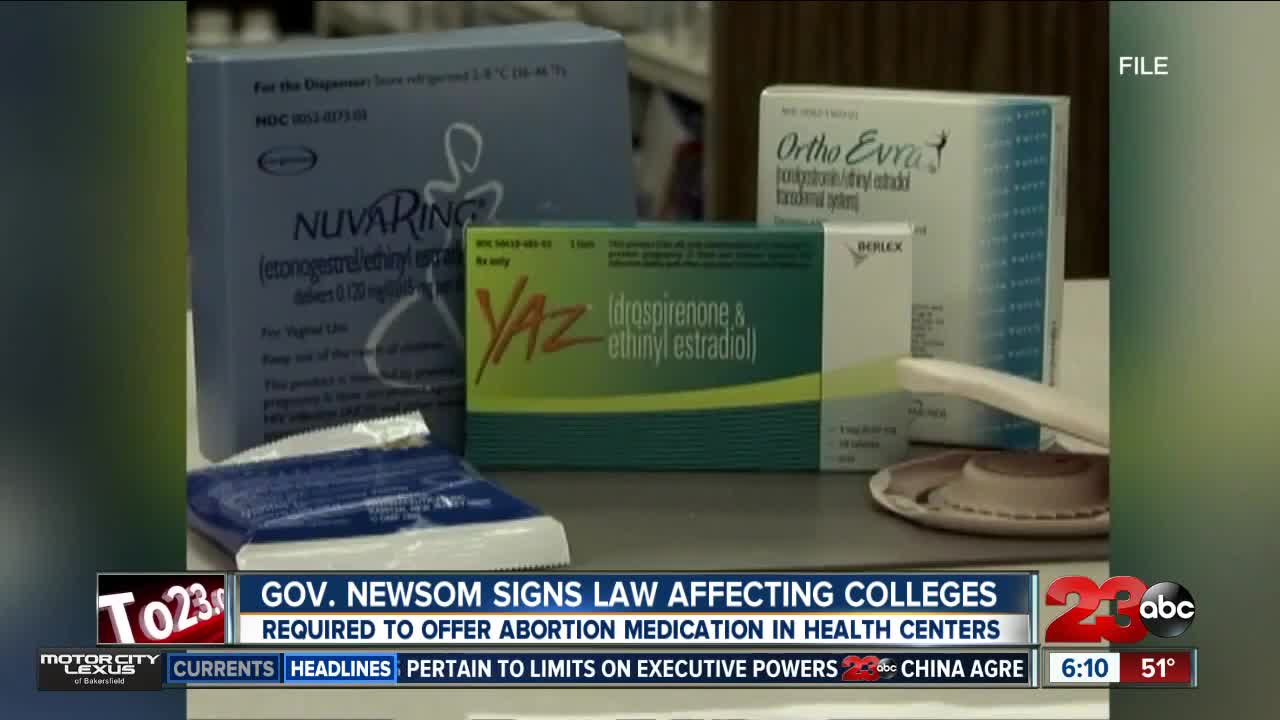 Democratic Gov. Gavin Newsom announced Friday he had signed the legislation. It's a reversal from his predecessor, former Gov. Jerry Brown, who vetoed the measure last year. The law takes effect in 2023.

Democratic lawmakers who wrote the bill say it's in California's interest to ensure women have access to abortion care.

No public California university or college currently provides such services.

The program will be funded through private donations.

It was opposed by religious and anti-abortion groups.