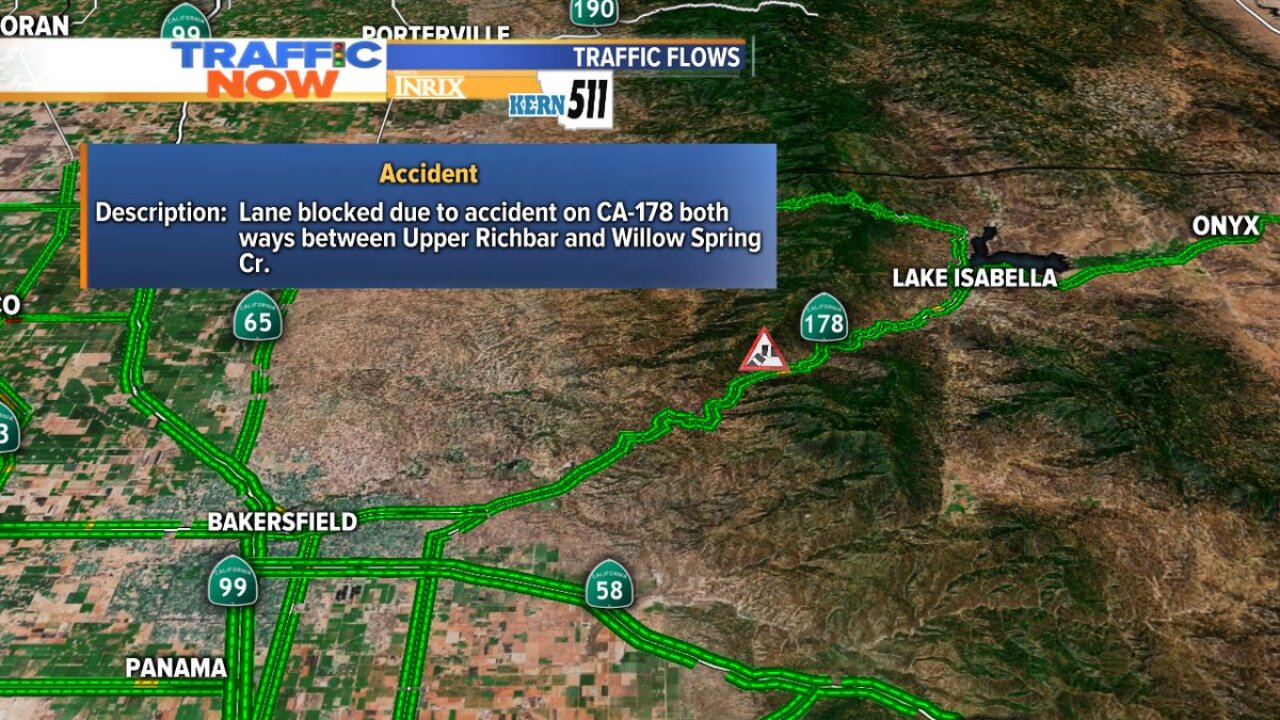 Both eastbound and westbound lanes of Highway 178 in the Kern River Canyon are being partially blocked after a spin out Monday morning.

CHP is reporting a single vehicle crash in the canyon is blocking the road and affecting both the eastbound and westbound lanes between Upper Richbar and Willow Spring. There are no injuries and a tow truck has been called out to clear the wreckage pic.twitter.com/BoDpdayod5


According to the California Highway Patrol, a car spun out around 5:30 a.m. around the Lucas Creek area.

Officials with the CHP say both eastbound and westbound lanes are partially blocked. A tow truck is on its way to help clear the scene.