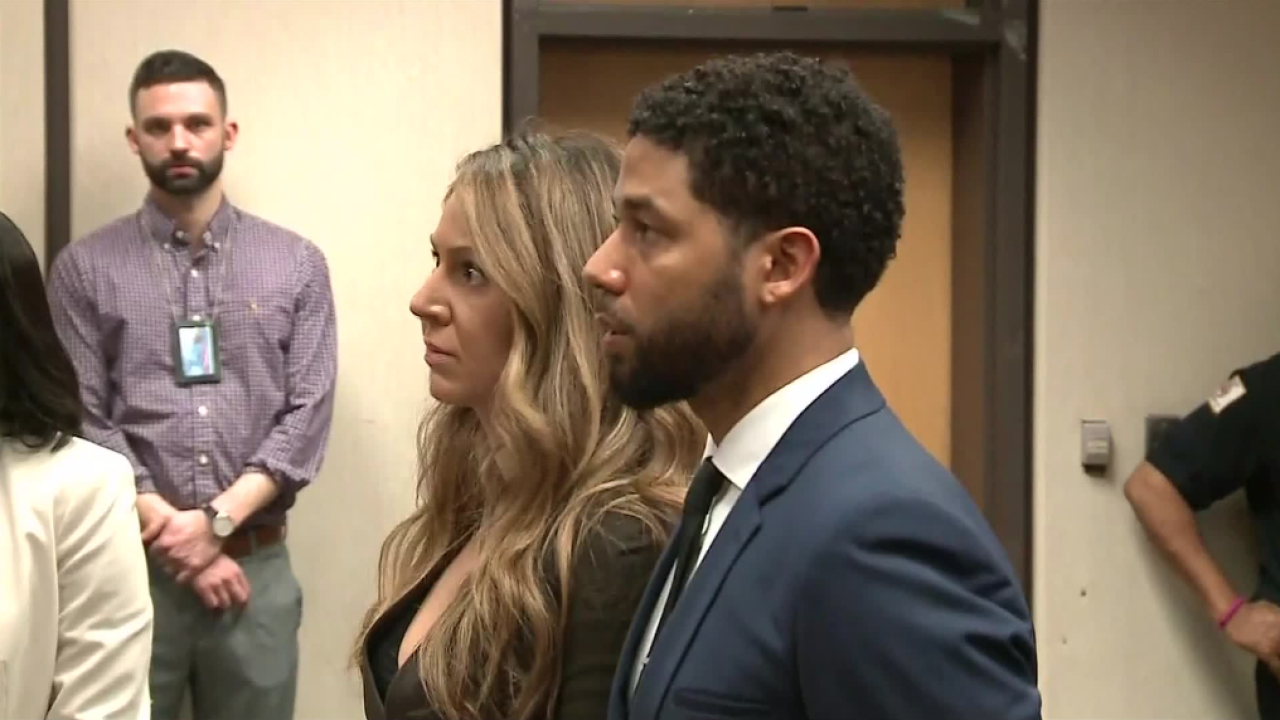 (CNN) — Actor Jussie Smollett celebrated Pride month in his first Instagram post since January, when the "Empire" actor first said he was the victim of a hate crime, a claim later refuted by police.

Smollett broke his social media silence to share a video of a speech given by playwright Tarell Alvin McCraney at Sunday night's Tony Awards.

"The bodies that uphold the great legacy of spirituals are often Black and queer. When will we love all of them for who they are, not just for what they can do?" the "Choir Boy" playwright said.

Smollett captioned the video, "So much PRIDE."

On January 29, Smollett told police he was attacked in Chicago by two people who were "yelling out racial and homophobic slurs."

Smollett identifies as gay, and has portrayed the character Jamal on "Empire" since 2015.

Smollett was later charged with multiple felony counts after Chicago police say he staged the attack against himself.

Prosecutors eventually dropped the charges against the actor, but the city asked for more than $130,000 to cover the cost of the investigation into the alleged fake crime.

Smollett has maintained his innocence and did not pay the city by the deadline he was given.

Smollett's character was written out of the final episodes of the most recent season of "Empire" as the case against him developed.

When the show's final season was announced, Fox left the door open for the actor to return, but it appears he will not.

Last week, creator Lee Daniels said in a Tweet, "Jussie will NOT be returning to Empire."