'90210' star had been sedated since last Wednesday 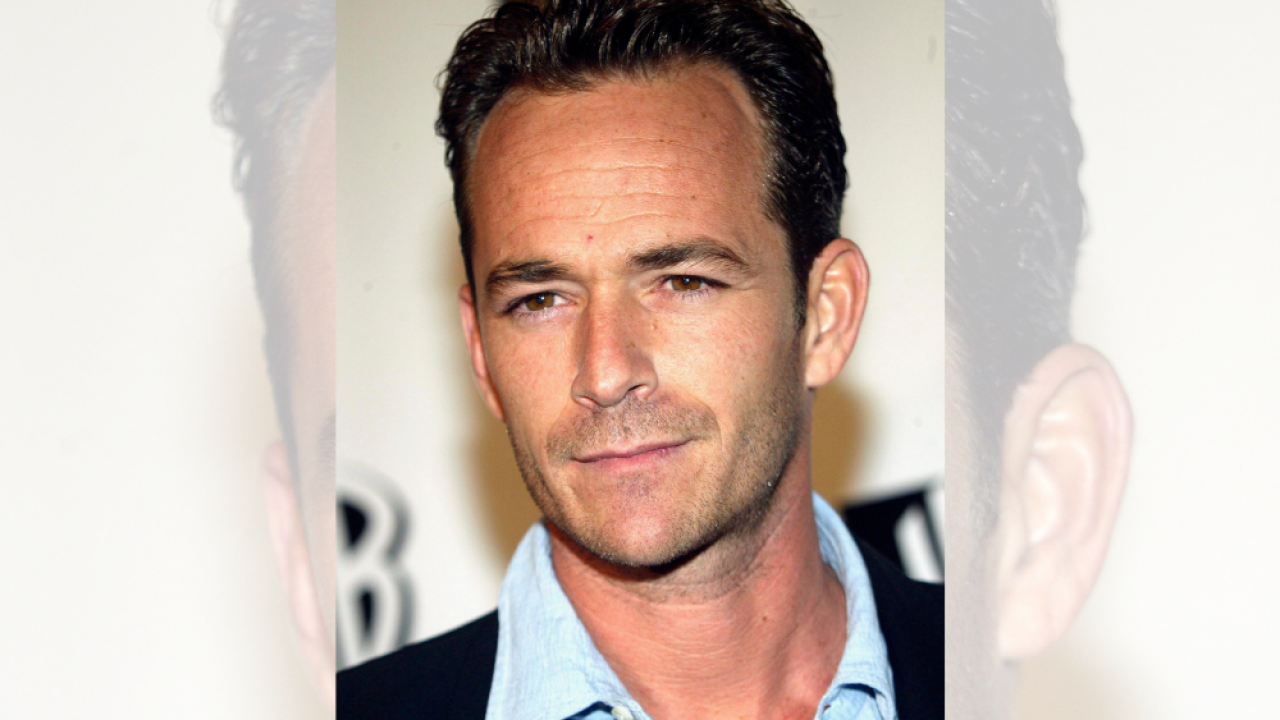 Perry, 52, died Monday after suffering a massive stroke, according to his publicist, Arnold Robinson.

"He was surrounded by his children Jack and Sophie, fiancé Wendy Madison Bauer, ex-wife Minnie Sharp, mother Ann Bennett, step-father Steve Bennett, brother Tom Perry, sister Amy Coder, and other close family and friends. The family appreciates the outpouring of support and prayers that have been extended to Luke from around the world, and respectfully request privacy in this time of great mourning. No further details will be released at this time," a statement from Robinson read.

Born Coy Luther Perry III in Mansfield, Ohio, and raised in the small community of Fredericktown, Perry moved to Los Angeles to pursue acting soon after graduating from high school.

There he worked a series of odd jobs as he tried to break into the business.

The Big Apple beckoned in 1988 after he scored an appearance as Ned Bates on the soap opera "Loving," which required him to move to New York City.

In 2013 during an appearance on the radio show "Sway in the Morning," Perry said it took him 256 auditions before he scored his first gig.

"I just kept thinking, 'You know, I just walked out of a room full of fools,'" Perry said of how he maintained the confidence to keep going. "Those people have no idea."

The same year as his "Loving" appearance, Perry landed a role on another soap, this time portraying Kenny on "Another World."

But it was his role as seemingly bad boy Dylan McKay on Fox's "Beverly Hills 90210" in 1990 which shot Perry into the atmosphere.

The series was both wildly popular and also criticized because of its willingness to take on topics such as teens being sexually active.

"We have done some shows that dealt with pretty some touchy topics and people weren't altogether happy with how we dealt with it," Perry said during an appearance on "The Arsenio Hall Show" in the 1990s. "I thought we handled it pretty intelligently and we were willing to answer the questions we brought up."

Perry's character was so popular among fans that in 1991 an expected crowd of 2,000 at a Florida mall turned into a stampede of 10,000 when he appeared at an autograph signing.

Several people were hospitalized and the mall was forced to shut its doors after the chaos.

The actor famously left the show in Season 6, seeking to break away from the Dylan character, but returned in Season 9.

Perry also appeared on the big screen with roles in films including "Good Intentions," "Red Wing" and "Buffy the Vampire Slayer," which later became a hit television series.

He made his Broadway debut in 2002 as Brad in "The Rocky Horror Picture Show."

But it was the small screen that showed the actor the most love, with roles on "The Incredible Hulk," "Jeremiah," "Oz," "Windfall" and "John from Cincinnati."

More recently, Perry took on the role as Archie Andrews' father Fred in the hit CW drama "Riverdale," based on the characters from the Archie comics.

They divorced a decade later.