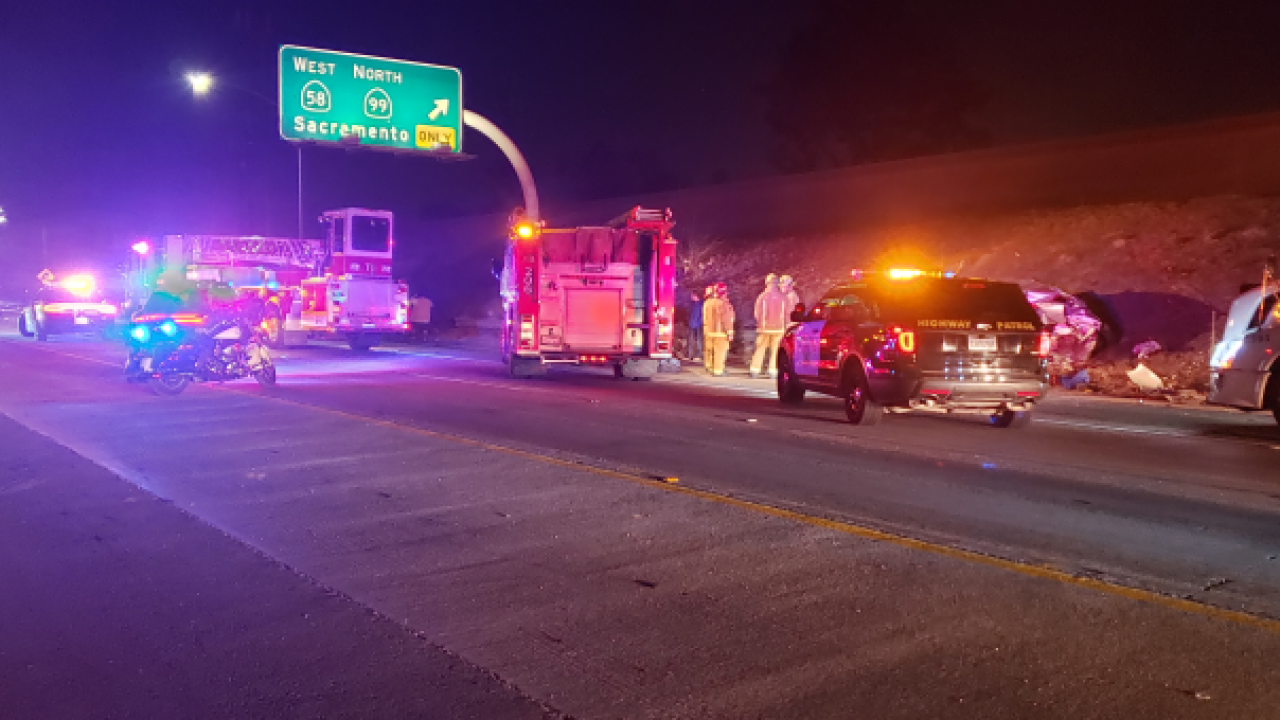 BAKERSFIELD, Calif. — A four-vehicle crash leads to at least one death on Highway 58 on Sunday.

Around 6:30 p.m., four vehicles were involved in a crash on the 58, near the Highway 99 connector. According to CHP, a silver Ford was driving at a high rate of speed and veered to the left, clipping a Subaru. That then caused a chain reaction as the Ford spun out and hit a Dodge pickup truck, which led to the Ford hitting the back of a Honda.

CHP said that the driver of the Ford died at the scene.

CHP said everyone was wearing their seat belts and drugs or alcohol do not appear to be factors in the crash.