GET Bus looking for community's feedback in survey 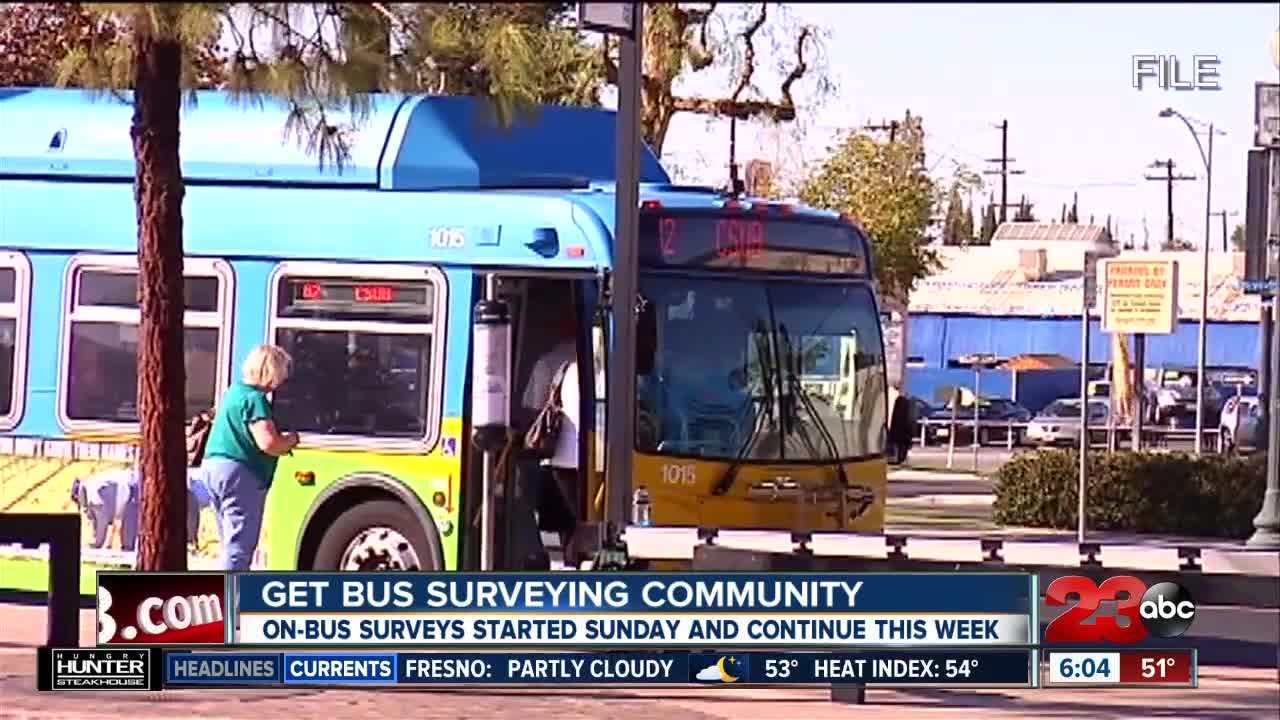 GET Bus is looking for feedback to be more rider-friendly in Bakersfield.

BAKERSFIELD, Calif. — What are your thoughts about the Golden Empire Transit buses? GET Bus would like to know and are offering $75 dollars for your answer.

Monday and Tuesday GET Bus will be surveying the public asking their opinion on how they can make their busses and their bus services more Bakersfield-friendly. You can either take a survey while riding one of the buses, at their bus depot at 1830 Golden State Avenue, online at: bit.ly/getbus-survey or at the Kern Council of Governments offices at 1401 19th Street from 6 p.m. to 7:30 p.m. GET Bus is offering $75 for non GET Bus riders at Monday and Tuesday's Kern Council of Governments office event.

GET Bus spokeswoman Deekay Fox said, ridership for the buses has declined over the last decade and these surveys are a way to address the need Bakersfield has for the GET Bus. Fox also said after previous surveys the bus company has added new routes, easier to clean seats as well as power outlets.