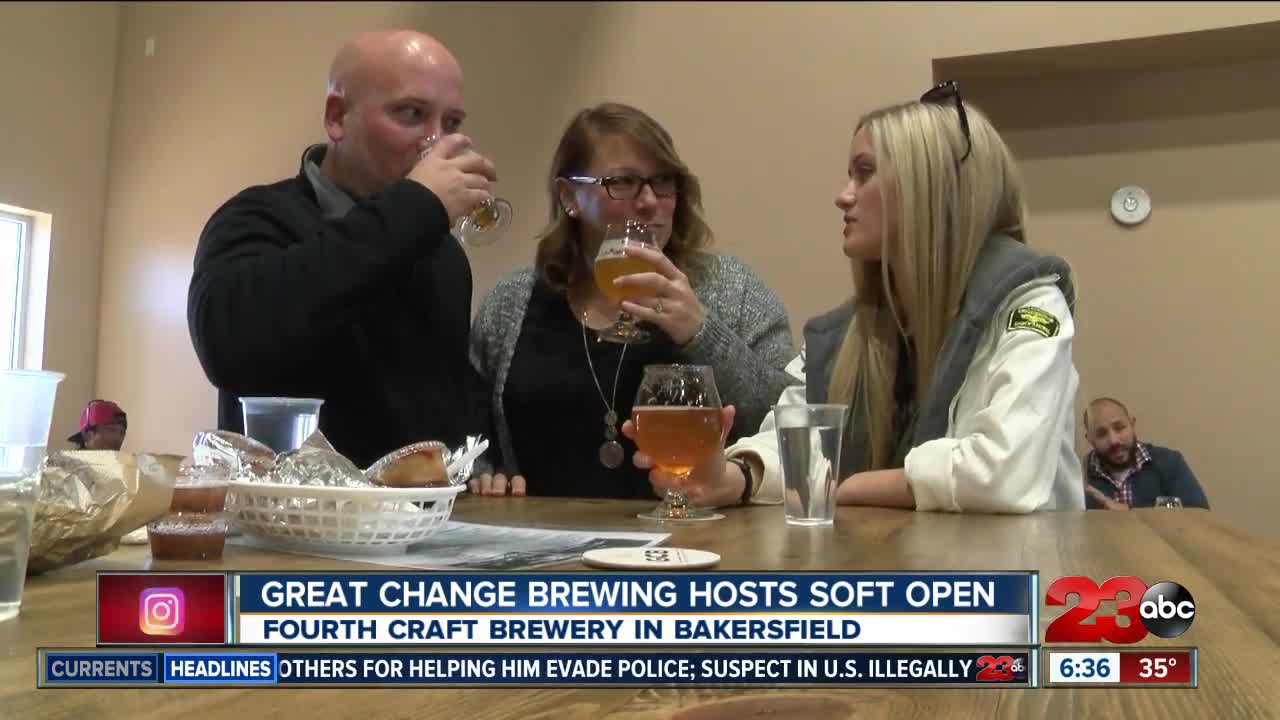 BAKERSFIELD, Calif. — Craft beer is a growing industry in Bakersfield. And this weekend Bakersfield added Great Change Brewing to their brewing district in Southwest Bakersfield.

Great Change Brewing president and brewery, Tim Belmont, said, " Our culture is from San Diego. Wanted to bring that culture to Bakersfield. Hopefully we can do that in this brewery district, which is pretty exciting to us and hopefully to everyone else as well.”

Currently the brewery just offers beer, but there's room for lunch or dinner as food trucks are expected to cook up meals for guest outside.

During the soft open, the craft beer enthusiasts said they were excited to see Bakersfield get another brewery.

While Kaylee Hoffamn added, "So far Lengthwise and Dionysus is one of my favorites. And Great Change, so far I’m loving it. And the two more opening makes for a perfect pub crawl.”

Belmont said, they expect to have their grand opening in January, but plan on being open in the meantime. Geat Change Brewing will be open from 3 p.m. to 9 p.m. during the week, while stay open later on Saturday night and closing earlier on Sunday evening.

Great Change Brewing is located at 4200 Resnik Court in Southwest Bakersfield near Lengthwise and Dionysus.

The next brewery expected to open is Crusader Brewing, which will also open near the growing brewing district in Southwest Bakersfield.