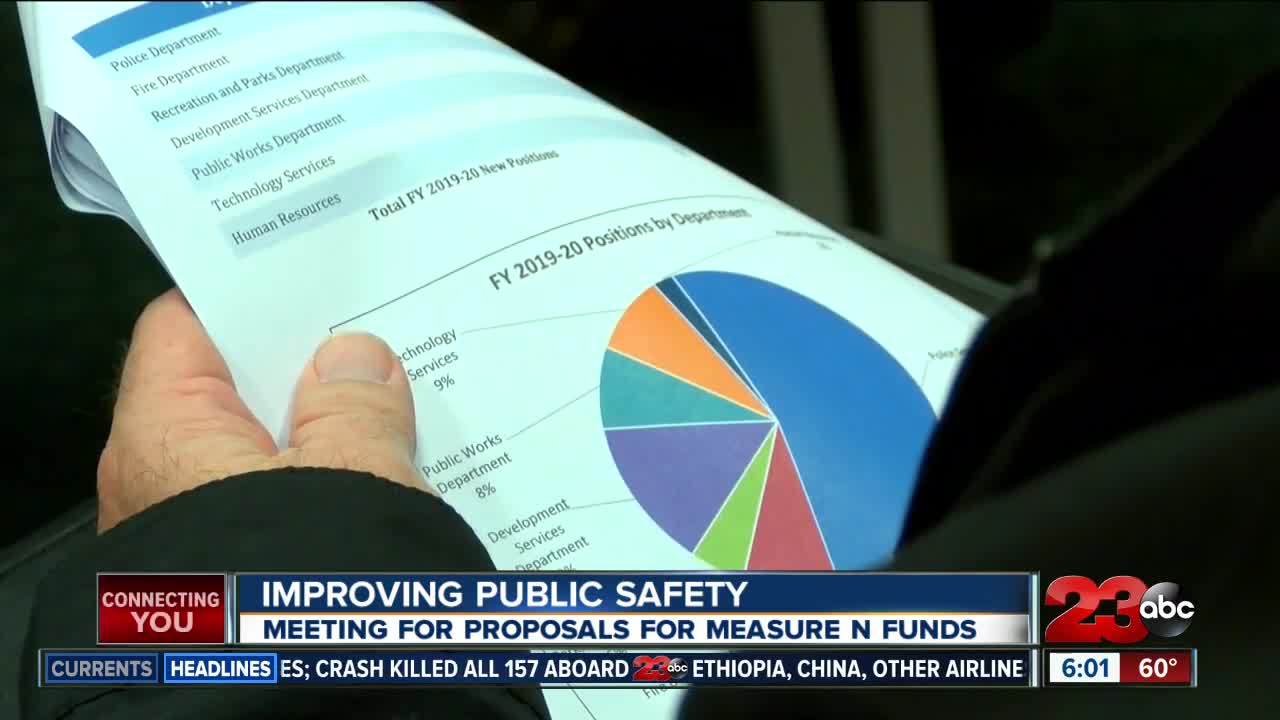 The committee's charged with prioritizing the public safety needs of the city and recommending where the funds collected from the city's one-cent sales tax are used.

One of just a handful of proposals the Bakersfield Police Chief Lyle Martin presented in front of the committee to improve public safety, was $500,000 to spend on body-worn cameras for all police officers.

Alan Tandy, the Bakersfield City Manager, said, "Many people view this (camera) as protection for the public, and it can be. It can also be protection for the officer because there is recorded history for what has transpired, and there is no more he said she said."

Along with the body-worn cameras, Bakersfield police is also proposing a $17 million radio upgrade that would roll out over the next two fiscal years.

The new radio system would benefit both the Bakersfield Police and Fire Department and would involve switching from analog radio to digital. The hope is to improve communication in life and death situations especially when responders are working under heavy structural cover, like a hospital where the transmission could fail.

Along with the equipment proposed both police and fire want to expand their departments. The Bakersfield Police Department is looking to hire at least 100 police officers over three years.

The Bakersfield Fire Department is trying to fill gaps in dispatching to help reduce response times and ease the stress on current employes. They currently have eight dispatchers that work 12-hour shifts, and they hope to hire two more this summer.

"We've had the same amount (of dispatchers) since 2005, and their call volume has gone up 172 percent since 2005, and we need more people in there due to the stress of the job itself," Chief Galagaza said.

These plans are in the early, and the committee will decide which plans to make a priority and then make recommendations ot the City Council who will approve and have the final vote.

The Bakersfield City Council is still recruiting for someone to fill a vacancy on their Measure N Oversight Committee. The term would last until February 2022, and those interested must be at least 18-years-old and live in the city limits. Applications are available at the City Clerk's Office, City Hall, or on the City's website.

Applications need to be returned to the City Clerk's office by 5 p.m. Wednesday, April 24th. For further information about the position, call the city clerk's office at 661-326-3767.