Freeze Warning in effect at midnight for the SJV 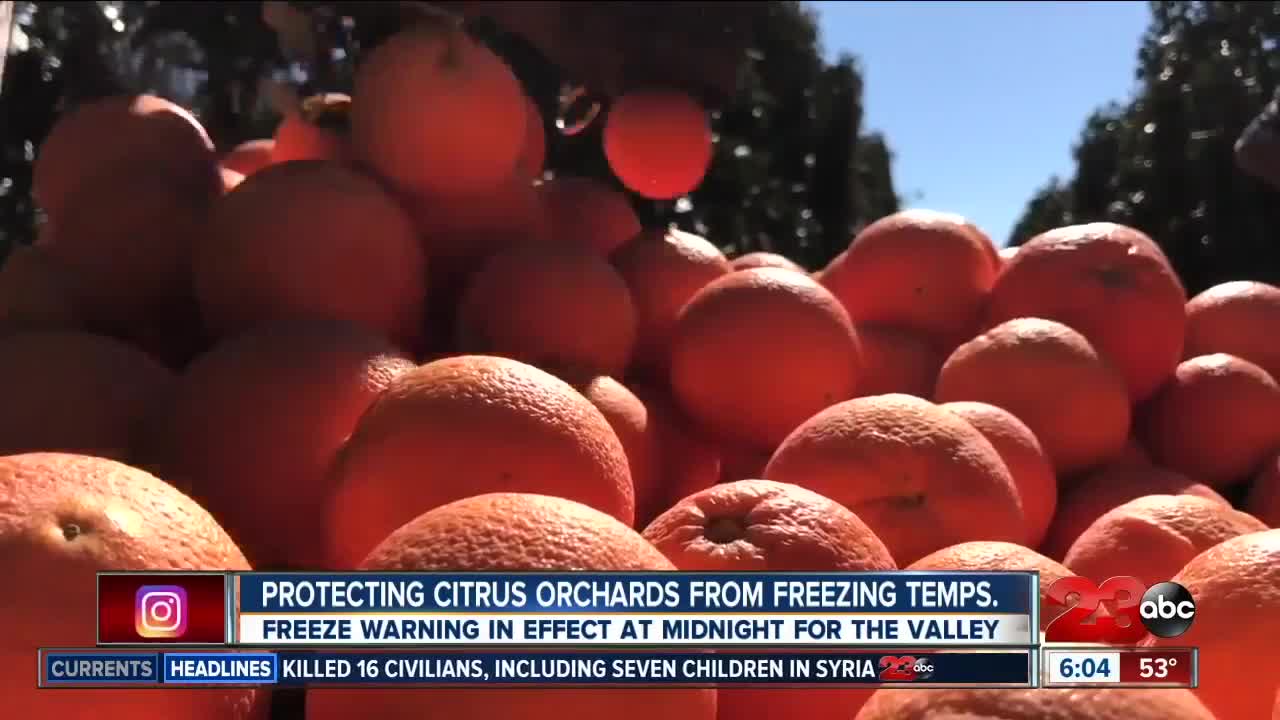 As temperatures drop below freezing citrus trees become at risk. One local grower is being proactive to protect their orchards as the Freeze Warning takes effect at midnight on Tuesday. 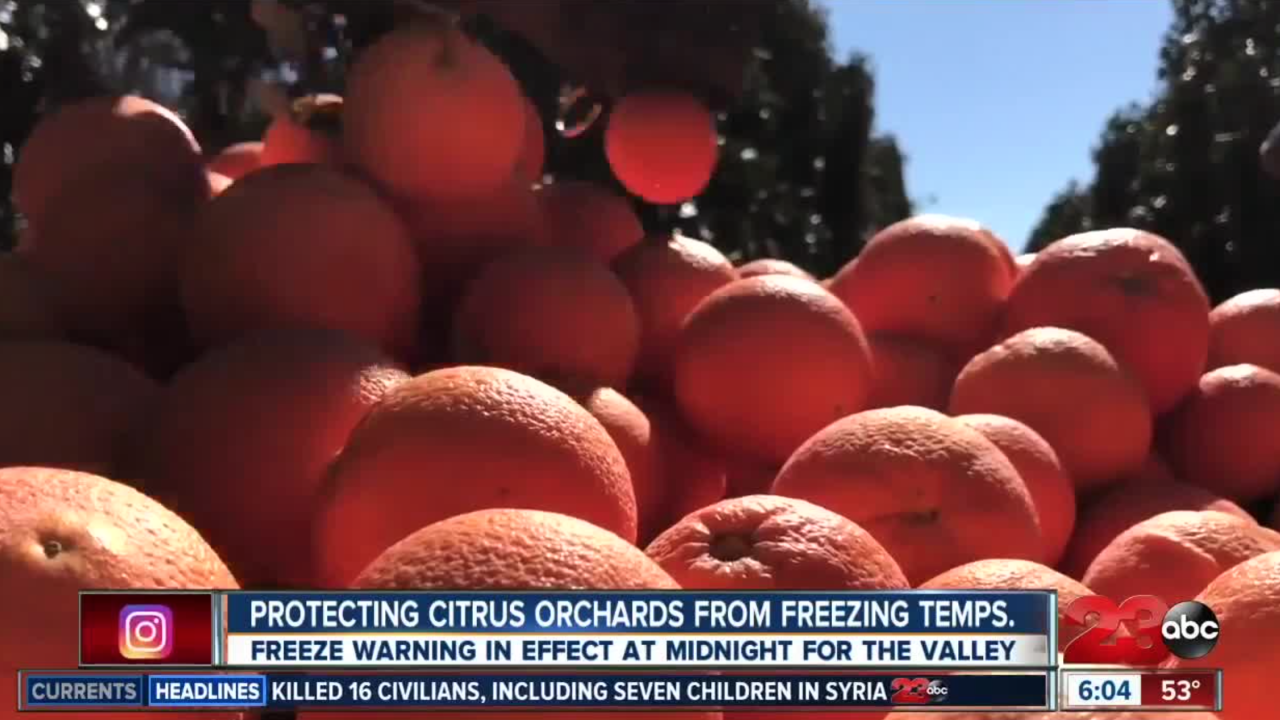 BAKERSFIELD, Calif. — As temperatures drop below freezing citrus trees become at risk. One local grower is being proactive to protect their orchards as the Freeze Warning takes effect at midnight on Tuesday.

"We have a frost team that goes out. We have a pretty good idea about when these temperatures are going to drop and that's when everybody goes into action," said John Gless, vice president and general manager of Gless Ranch.

If citrus fruit freezes, it becomes watery, tastes a little funny and then dries out, making it unsellable, said Gless.

In order to protect his 5,000 acres of citrus trees in Kern County, Gless said, he has strategically placed around 280 wind machines every ten acres. The wind machines stand at 30 feet high where the air, known as the inversion layer, is four to six degrees warmer.

The wind machines blow the warmer air down on the trees and even generating movement warms up the tress, said Gless. As the propellers move, the stand rotates 360 degrees and could be set to idle or stop after a certain set temperature is reached.

"A hard freeze is extremely, extremely dangerous to the fruits," said Gless. But tonight even though temperatures will not be cold enough to freeze the fruit, he said he's going to run all of his wind machines to keep his orchards protected. While fruit is protected so are the prices of fruit.

"The only thing I am going to lose tonight is sleep," said Gless.

The Freeze Warning will be in effect from 12 a.m. until 9 a.m. Tuesday for the San Joaquin Valley. Please bring your pets, plants indoors and protect exposed pipes.

To learn more about Gless Ranch visit their website.