"It was too much smoke, I was going to choke, so I ran," Man loses home to Saddleridge Fire 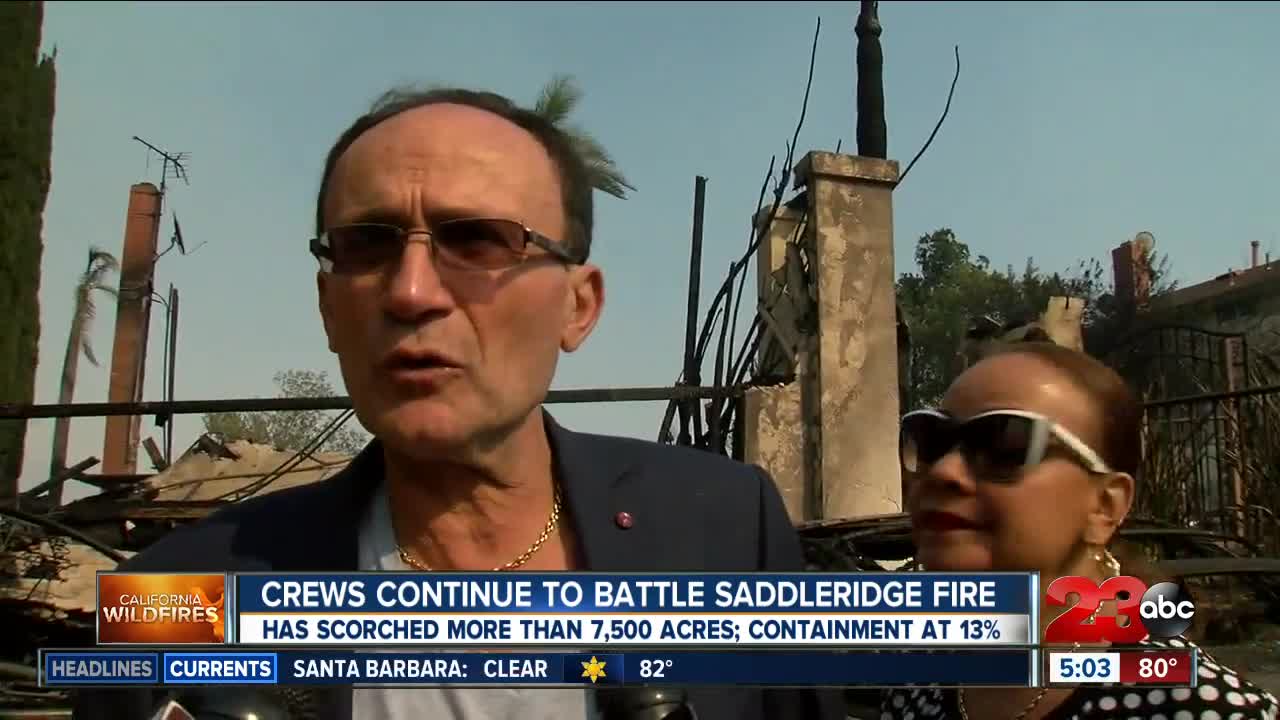 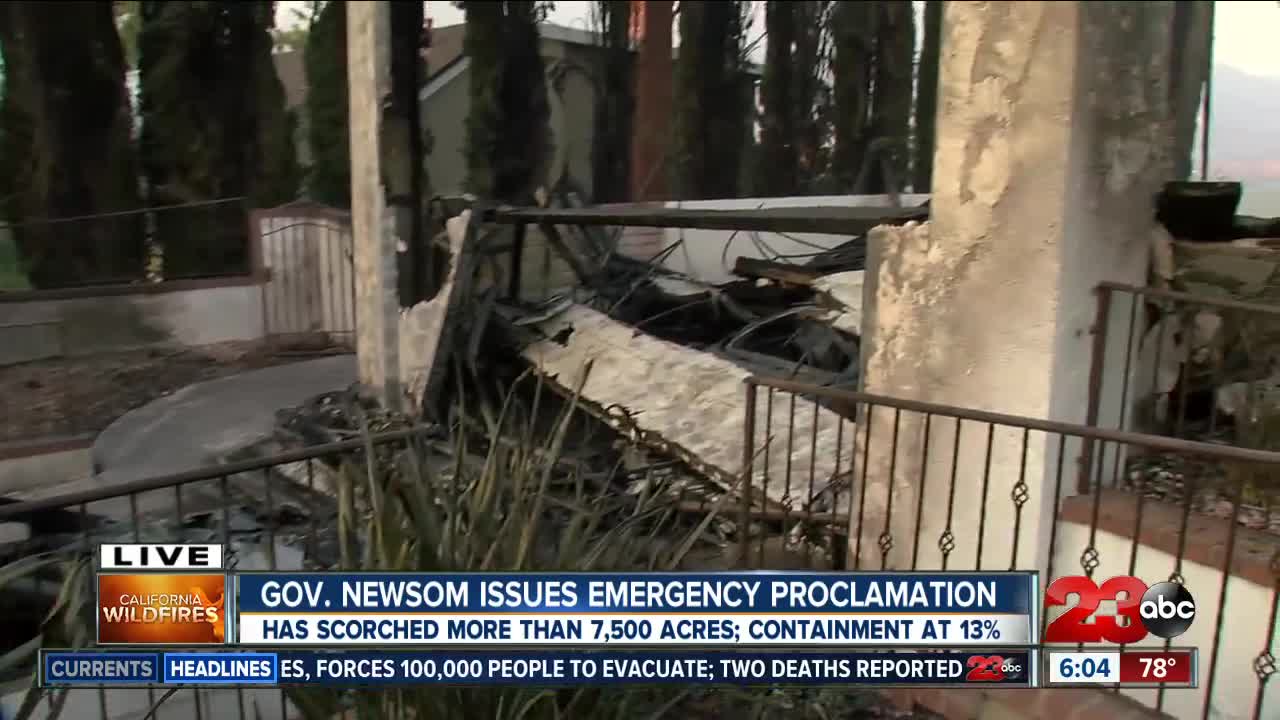 BAKERSFIELD, Calif. — Hundreds of thousands of people have been forced out of their homes due to the Saddleridge fire near the Sylmar area.

23ABC News spoke to one man who lost his home to the blaze Friday.

Porter Ranch resident, Jerry Demirici, was in disbelief that the fire conquered his home that lies just west of the I-5 freeway.

Demirici said he has lived in the Darby neighborhood for more than 30 years.

He said the flames began approaching his backyard around one a.m. Thursday night and Los Angeles fire crews were able to put out the initial blaze.

However, shortly after crews left the blaze ignited once again.

"I was awake, I was awake watching everything you know," Demirici said.

Demirici said the firefighters in the area were unable to respond quick because they were working to save another home on his block.

Demirici's home is the only house that was destroyed on Darby Avenue.

"We didn't take nothing, we just took our passports. Not even one pants or one shoe," Demirici said.

Meanwhile, several other residents in the Porter Ranch area were evacuating, grabbing their belonging, some even jumped into action to save their homes and to help their neighbors.

" I rushed over helped him evacuate, basically loaded up the cars with any valuables, with stuff we wanted to save and then really just wet the lawn and did everything to protect the house from embers," Porter Ranch resident Emmanuel Alvarez said.

The fire has burned more than 20 structures and 7,542 acres of land so far.

Even though the Demirici's said they lost everything, Demirici said he is still going to rebuild.

"Of course you know, probably going to rebuild it and come back.. God willing," Demirici said.

The Demirici's are going to stay at a friends house for now.