Opinion: What D-Day taught my grandpa 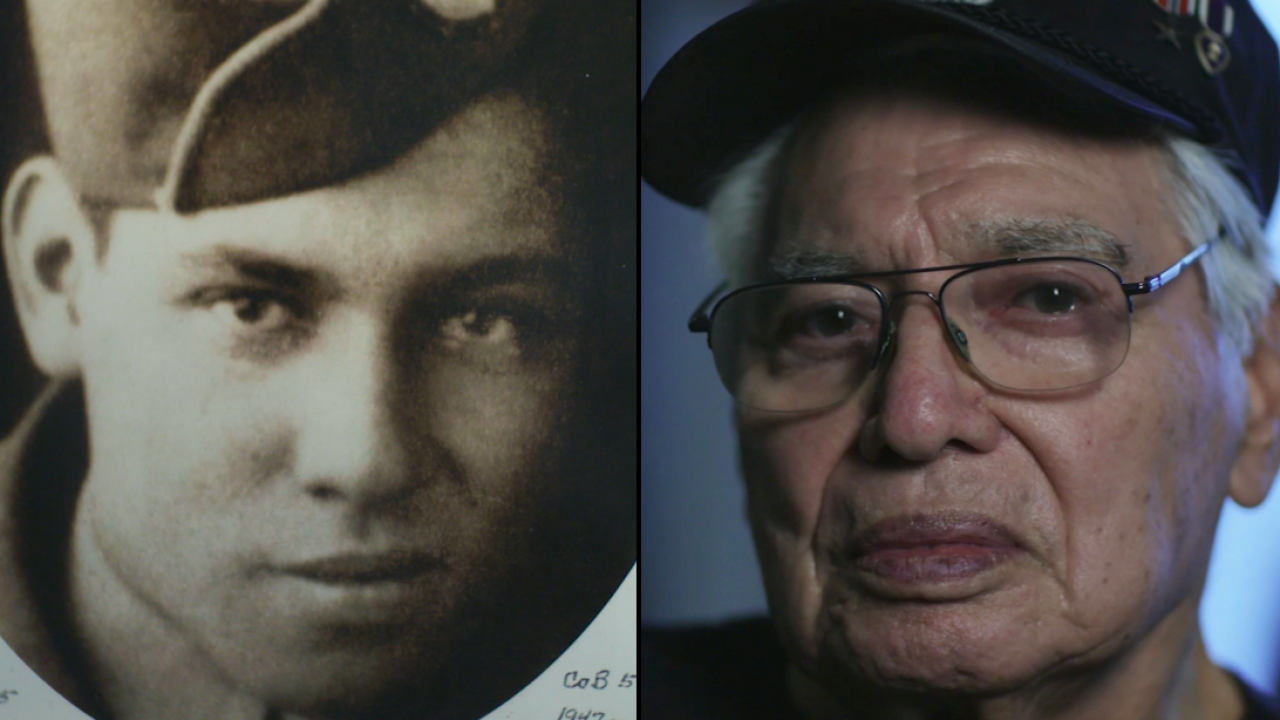 Editor's note: Laura Beers is an associate professor of history at American University. She is the author of "Your Britain: Media and the Making of the Labour Party" and "Red Ellen: The Life of Ellen Wilkinson, Socialist, Feminist, Internationalist." The views expressed here are solely hers.

My grandfather, Larry Merkamp, died in 1998, aged 82. For the last few years of his life, he had kept an unopened bottle of champagne on top of the refrigerator in the basement of his house in his working-class neighborhood in Pittsburgh where he and my grandmother raised my mom and her younger sister.

It was a commemorative bottle, marking the 50th anniversary of the D-Day landings, in which my grandfather took part, alongside more than 150,000 members of the American, British and Canadian armed forces.

Like many other men and women in their neighborhood (including film legend Gene Kelly, who was three years ahead of him in high school), my grandfather's family were comparatively recent arrivals in the United States, his own grandparents having immigrated from Ireland and Germany in the late 19th century.

Despite his family connections, he had never set foot in Europe before landing in Northern Ireland in January 1943. He would live in Britain for the next year and a half, awaiting the opening of a second front in Western Europe, before embarking on June 6, 1944, to fight across France, Belgium, the Netherlands and Germany in the company of members of the Allied forces from around the globe.

When he returned to Pittsburgh, he married my grandmother and got a union job as a steamfitter installing ventilation systems in high-rise buildings in cities across the Midwest. While my mom and her sister knew some stories of my grandfather's time in the war -- including that he had splurged his salary on a bottle of Jean Patou's Joy perfume for my grandmother when the Allied armies liberated Paris -- he rarely spoke to his grandchildren about his wartime experience.

Yet the three years that he spent as a soldier in Europe helped to shape the way that he viewed the world and America's relationship to it.

Today, Pittsburgh, where Joe Biden announced that he would indeed be running for president in 2020, is a central battleground in the fight for America's political future.

Pittsburgh is an area where President Donald Trump's America First rhetoric has resonated, as the disappearance of skilled blue-collar jobs has left many resenting America's apparent decline. In claiming that he will "Make America Great Again," Trump has tapped into a nostalgia for a remembered age of prosperity and job security.

But, the mid-20th century was also the era when the United States threw off its isolationism and embraced its role as a leader and team player in world affairs. While my grandfather only returned to Europe once after the war, he retained a conviction of America's connection to the world beyond its borders, a connection called into question by Trump's isolationist rhetoric.

It was that sense of connection that helped him embrace my mom and her sister's plan to travel around Europe on a Eurail pass, sleeping in train stations and youth hostels, in 1973, and to take pride in my own decision to study abroad. Trump frequently portrays NATO as an alliance of freeloaders and the European Union as a threat to American trading interests.

For my grandfather and millions of other Americans, NATO and the EU represented the peaceful resolution of European conflict for which they risked their lives.

At college, I majored in history. One summer, while I was back home, I decided to use my budding historical skills to catalog grandpa's letters. I matched up loose sheets of papers with corresponding airmail envelopes and filed them by year into two tidy boxes that I presented to my mom on her birthday.

Recently, I went back and reread many of his letters. For the past several years, I've been living in the UK, and I'd become curious about how my grandfather had perceived this country that both of us had unexpectedly called home.

His letters sparkled with his trademark charm. They also revealed a sense of kinship and connection with the people whom he lived and fought amongst. He liked the British, whom, he insisted, were welcoming and grateful. Writing to my grandmother about differences between American and British English (chips for French fries, lorry for truck, lough for lake), he noted: "Aye, pronounced I, means yes and as for the opposite of yes which is no in our language I cannot say for their answer is aye to everything."

Frequenting local pubs, he found that "The beer is weak, but that is due to the war." The dancing, in contrast, didn't disappoint. "As for their dancing, it is all of the smoothie type.... The girls have ours of North Carolina beat as for dancing. Jitterbugging was just conversation with them until the doughboy moved in and now it is a reality."

Grandpa not only danced with the English, he also attended Mass with them, something he dutifully reported to my grandmother, who had gifted him a crucifix to take with him to the front.

Once he landed in France, he kept the crucifix on him at all times, alongside "cigarettes, matches, a lighter, a can opener, some kind of a fruit juice or coffee drink in powdered form, a pair of rosary beads, hankies, wallet, cubes of sugar, gun cleaning patches, toilet paper, paybook, a French phrase book, chewing gum and maybe a pkg. of lifesavers." (One of my enduring memories of my grandparents' house was the constant supply of Lifesavers.)

The pace of the war left him with "little opportunity to practice" his French, but, to a greater extent than in England, my grandfather's Catholicism bound him to the French people.

A week after D-Day, he noted that he had been "presented with a flower and a glass of wine, such is the extent of my social activity," but a few days later he was praying alongside the French. The Catholic chaplain in his unit held a Mass in a wine cellar surrounded by "five hogshead of wine in musty old barrels." When the cellar's owner came down to investigate, "our officer began to explain to him in English but no soap, so we showed him the altar being set up and he understood [and] said a short prayer."

While neither all Americans nor all Europeans were practicing Christians in the 1940s, a sense of shared religious identity helped my grandfather to find common cause with a people he was fighting for and with but whose language he could not speak.

When my grandfather passed away, I was a college sophomore, studying abroad in the Czech Republic -- ironically not far from where grandpa spent his last few months in Europe, waiting to be demobilized home. I flew back for his funeral, where surviving members of his unit played taps and laid an America flag over his coffin before folding it up and presenting it to my youngest brother, in whose childhood bedroom it remains. By the time that I finished my semester abroad, my mom and her sister had cleared out their old home and put it on the market.

I still don't know what happened to grandpa's bottle of D-Day champagne, but his letters, read alongside my memories, offer a portrait of a man whose view of the world was forged by war and what makes one worth fighting.