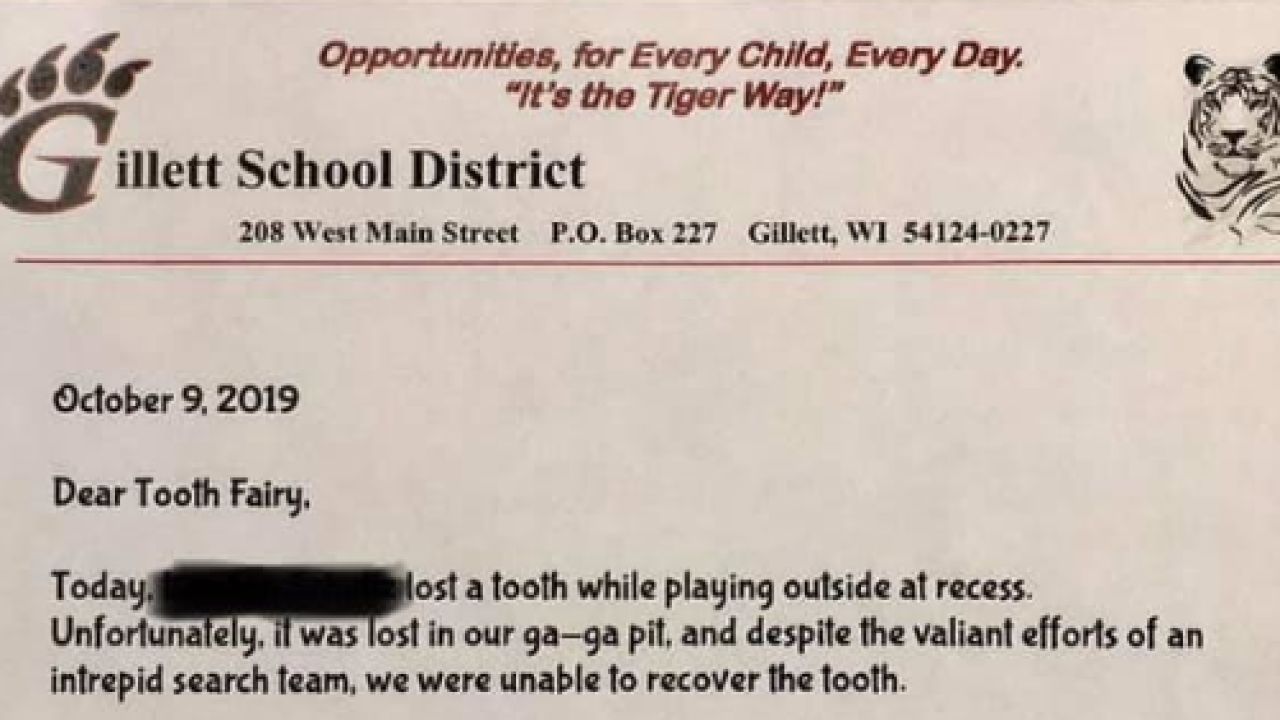 You lose a tooth, put it under your pillow, the Tooth Fairy comes and the rest is history. But what happens if you actually lose the tooth?

One Wisconsin principal was not going to let an elementary school student find that out.

The principal at Gillett Elementary School wrote a letter to the Tooth Fairy, verifying that a student did indeed lose a tooth during the school day.

"As a trained principal and hobby dentist, I can verify that there is definitely a gap in [the student's] teeth that was not there this morning when he came in," Gillett Principal Curt Angeli wrote.

The student apparently lost the tooth while outside playing during recess.

"Please accept this letter as official verification of a lost tooth and provide the standard monetary exchange rate you normally use for a real tooth," Angeli wrote.

An employee at the school shared a picture of the letter on social media that received hundreds of shares shortly thereafter.

Angeli ended the note in a request for compensation for his wisdom teeth that he lost in 1987.

This story was originally published by Tess Klein on WTMJ in Milwaukee, Wisconsin.