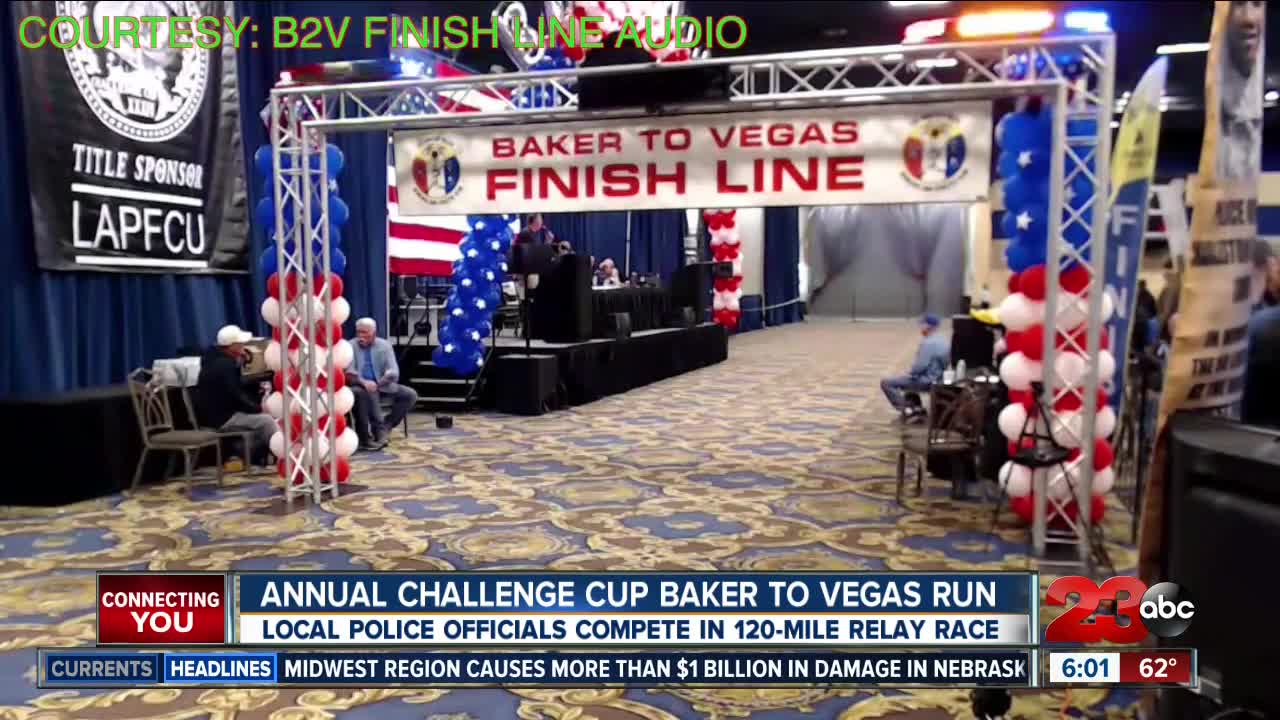 BAKERSFIELD, Calif. — Hundreds of law enforcement teams from across the country and the world have been preparing for the race through the barren desert.

23ABC News caught up with some of the officers from local agencies here in Kern County to learn more about the friendly competition. Each year police officers run in the Challenge Cup Baker to Vegas Relay that is a 120 mile long race that was inspired by law enforcement officials in Los Angeles County.

23ABC News spoke with California Highway Patrol (CHP), Bakersfield Police Department (BPD) and Kern County Sheriff's Office (KCSO) to see which department has been putting in the work and who believes they are the strongest team from Kern County.

For the last 35 years law enforcement officials have been competing for bragging rights in the annual Challenge Cup Baker to Vegas Relay Race,
"There's like over 260 teams that are a part of this event it's a huge event teams from all over the United States including we have teams from Australia, from Canada from Germany,"CHP Public Information Officer and Challenge Cup runner Robert Rodriguez said.

This year 7,000 people will participate in the run. Each person will then run a portion of the 120 mile relay race with their individual law enforcement team. The race starts in Baker California and finishes at the Las Vegas Convention Center. It's a challenge that has other Kern County agencies including the Sheriff's Office and Bakersfield Police preparing to compete against the CHP for street cred. "We as a team including myself we start around November and on the weekends we run, we run the hills, we do flat running, but we also do training on our own," KCSO Senior Detention Officer and Challenge Cup team Captain Jaime Hernandez said.

Hernandez and 19 other KCSO officers preparing together to ensure they finish in the top group of runners in the Challenge Cup. Moreover, to make things even more interesting for the last several years BPD and KCSO have added their own tradition to the annual race, "Our biggest thing is we have a friendly competition with the Sheriff's department we run, we take off at the same time because they go in hourly waves from 10 a.m. to 5 p.m. we both start at 3 p.m. this year and it's extremely competitive we also have a giant custom trophy we have made and whoever wins gets it in their office for that year and fortunately it's in our office and hopefully it stays there," Bakersfield Police Sgt. Rex Davenport said.

"We are going to bring our best and I hope they also have their best, it just makes it more interesting," Hernandez said.

BPD, CHP and KCSO have all been fundraising for the last few months in order to participate in the race that requires each team to pay $1000 to run. This year the Los Angeles Police Revolver and Athletic Club non-profit organization that hosts the event will donate more than $14,000 to Baker High School and organizers said the rest of the money will help the non-profit cover operating costs.