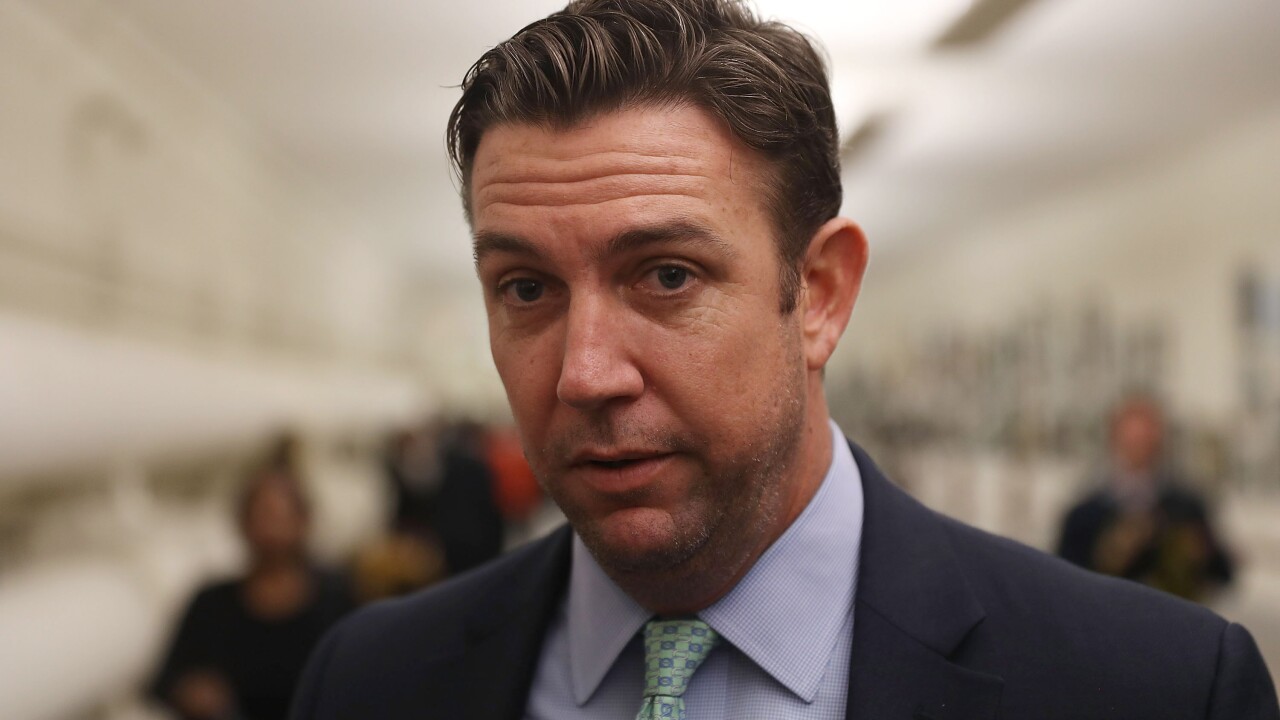 Joe Raedle/Getty Images
WASHINGTON, DC - JANUARY 10: Rep. Duncan Hunter (R-CA) speaks to the media before a painting he found offensive and removed is rehung on the U.S. Capitol walls on January 10, 2017 in Washington, DC. The painting is part of a larger art show hanging in the Capitol and is by a recent high school graduate, David Pulphus, and depicts his interpretation of civil unrest in and around the 2014 events in Ferguson, Missouri. (Photo by Joe Raedle/Getty Images)

In an interview with San Diego TV station KUSI , Hunter said he would plead guilty to only one count of misusing his own campaign funds.

"My trial was set for January 22 -- that's not going to happen now. Tomorrow, on Tuesday, I'm going to change my plea to guilty. I think it's important not to have a public trial for three reasons, and those three reasons are my kids ... It's been a privilege to serve in Congress for 11 years, three tours in the Marine Corps in the wars. I think we've done a lot of great things for the nation."