Here is the latest California sports news from The Associated Press 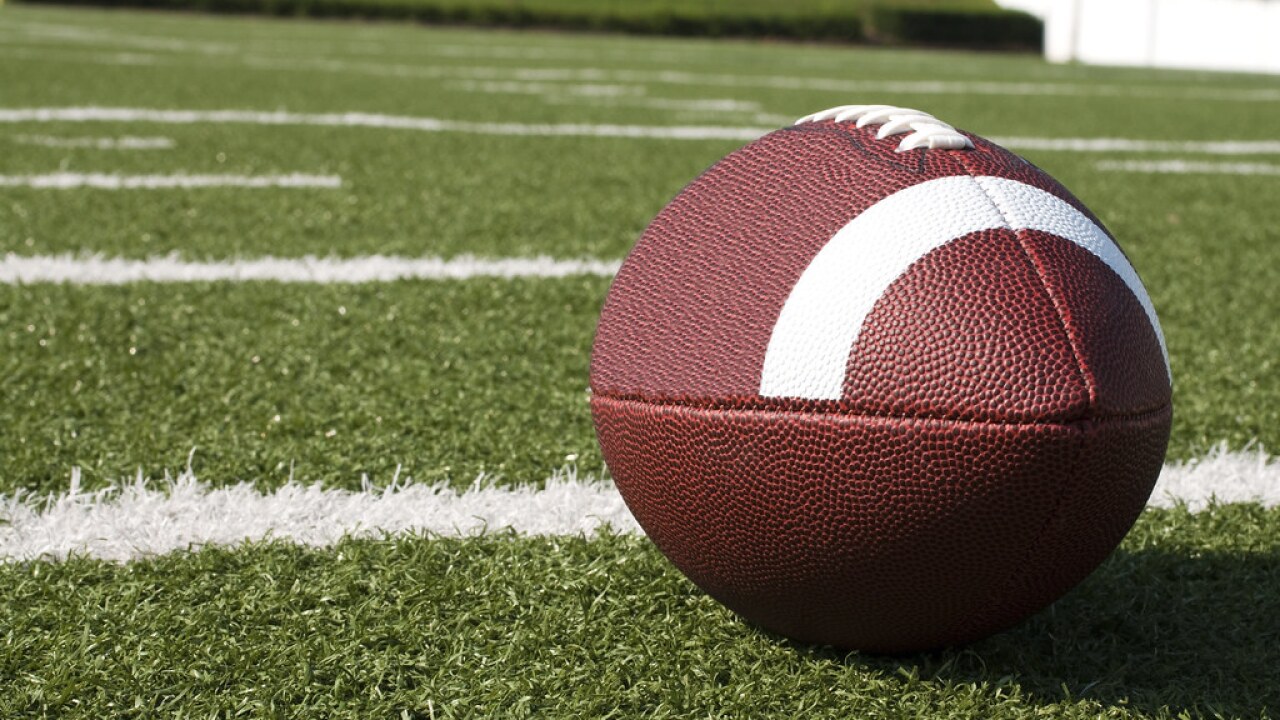 Closeup of American football on field with yard lines.

ATLANTA (AP) — The Atlanta Falcons have agreed to a one-year deal with three-time Pro Bowl running back Todd Gurley, one day after he was cut by the Los Angeles Rams. A person familiar with the deal told The Associated Press about the agreement on condition of anonymity because the deal will not be official until Gurley passes a physical. The league isn’t allowing players to report to new teams immediately for those physicals during the coronavirus pandemic. Gurley will be making a return to the state of Georgia. He was a standout at the University of Georgia, rushing for more than 3,000 yards in three seasons.

ENGLEWOOD, Colorado (AP) — The Denver Broncos have agreed to a two-year deal with former Los Angeles Chargers running back Melvin Gordon. The Broncos are getting a running back who has rushed for 36 touchdowns over the last four seasons and scored 11 more on receptions. That's an ideal fit for new offensive coordinator Pat Shurmur. He wants to push the ball down the field more in the passing game and a stronger ground game will help him do that.

SAN DIEGO (AP) — Hard-throwing Padres reliever Andres Munoz and minor leaguer Reggie Lawson underwent Tommy John surgery. Both right-handers were injured shortly before spring training was suspended due to the coronavirus pandemic. The 21-year-old Munoz made his big league debut last year. He appeared in 22 games, going 1-1 with a 3.91 ERA and 30 strikeouts against 11 walks. He would have been a key member of the Padres’ beefed-up bullpen this season, if and when it resumes.

LOS ANGELES (AP) — Loyola Marymount has hired Stan Johnson as its men's basketball coach. Johnson spent the last five years at Marquette, most recently as associate head coach. He was also on coaching staffs at Arizona State, Drake, Utah and Cal State Northridge. Johnson had assistant jobs at Division II schools Bemidji State and Southwest Baptist. Johnson played three years at Southern Utah, where he helped the Thunderbirds reach the NCAA Tournament. He replaces Mike Dunlap, who was dismissed on March 8 after posting a record of 81-108 in six seasons.

UNDATED (AP) — Horse racing is quickly learning it's not totally immune to the coronavirus pandemic. Several U.S. tracks have decided to shut down instead of operating without fans in the stands. One prominent jockey has decided to stop riding with others refusing to travel abroad for the world's richest day of races. A worker in New York tested positive for COVID-19 and prompted the closing of Aqueduct Park. Horse racing seemed to be well-positioned to continue operating with online gambling and more TV coverage to keep the sport going in the coming weeks and months. But now that is unclear.