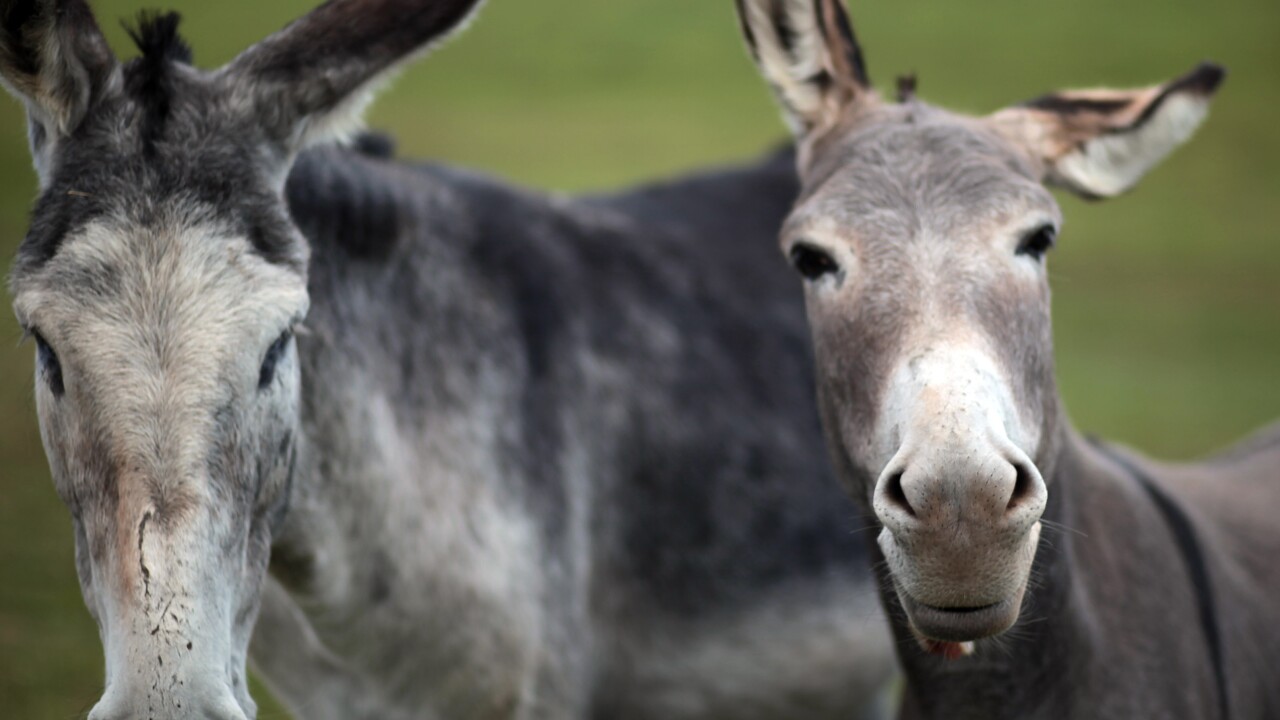 Matt Cardy/Getty Images
SIDMOUTH, ENGLAND - AUGUST 16: A pair of donkeys, two of the several thousand currently looking to be rehomed by the Donkey Sanctuary stand in the yard at a farm where they are being cared for, near the Donkey Sanctuary on August 16, 2010 near Sidmouth, England. Founded in 1973 and now one of the largest equine charities in the world the Donkey Sanctuary is urgently appealing for new fosterers across the UK to give a home to rescued donkeys. Since 2008 the numbers of donkeys being rescued or relinquished to the Sanctuary has almost doubled and the current global economic problems have had a serious effect on the animal charity. The significantly increased intake figures have seen the charity�s seven farms in Devon and Dorset fill to near capacity and the charity is looking to rehome over 2500 donkeys. (Photo by Matt Cardy/Getty Images)

PALM SPRINGS, Calif. (AP) — A California construction crew were deemed heroes after digging a path to freedom for a donkey stuck in a sinkhole.

Welsh says he believes the animal was grazing and walked over a spot of soil compromised by heavy rainfall Wednesday before falling into the crevice.

Welsh says a six-man crew from Temecula-based Inland Erosion Control Inc. was working nearby and went over reaching the scene before animal-control officers.

Welsh says the crew widen the hole, so the donkey could walk out.

Agency officials say the animal did not appear injured.

Information from: The Desert Sun, http://www.desertsun.com