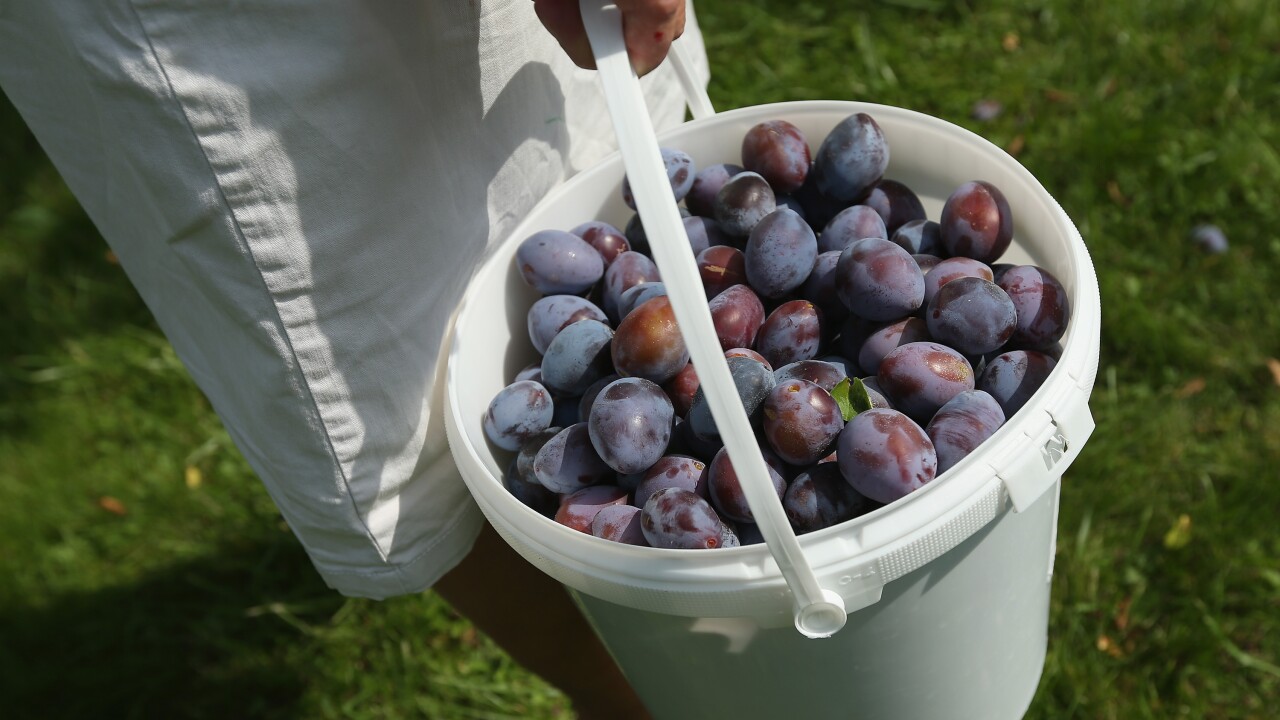 Sean Gallup/Getty Images
BERLIN, GERMANY - AUGUST 29: Bruni Weisz, a member of the Oeynhausen Small Garden Association garden colony, carries a bucket filled with plums she harvested from a tree in the garden she has leased for the last 13 years in the colony on August 29, 2013 in Berlin, Germany. At the Oeynhausen colony about 300 of its 438 gardens are currently threatened by real estate development, as are about another 24 colonies across the city. Berlin has about 900 garden colonies that are owned by the city and that provide urban dwellers who don't have land of their own the opportunity to maintain a garden and escape the stress of urban life. Berlin is currently undergoing a housing squeeze and city authorities are beginning to sell some of the colonies to developers, which has caused outrage in a city where the colonies of small gardens are a deep-seated tradition going back over a century. (Photo by Sean Gallup/Getty Images)

The Department of Agriculture has declared the United States free of the plum pox virus.

The serious disease impacts stone fruit such as plums, almonds, and peaches. No other countries where plum pox is known to occur have successfully eradicated the disease. The virus spreads over short distances by aphids and over long distances via the movement of infected nursery stock.

At a ceremony, the USDA Under Secretary Greg Ibach said "we've eliminated this disease and protected the United States' $6.3 billion stone fruit industry."