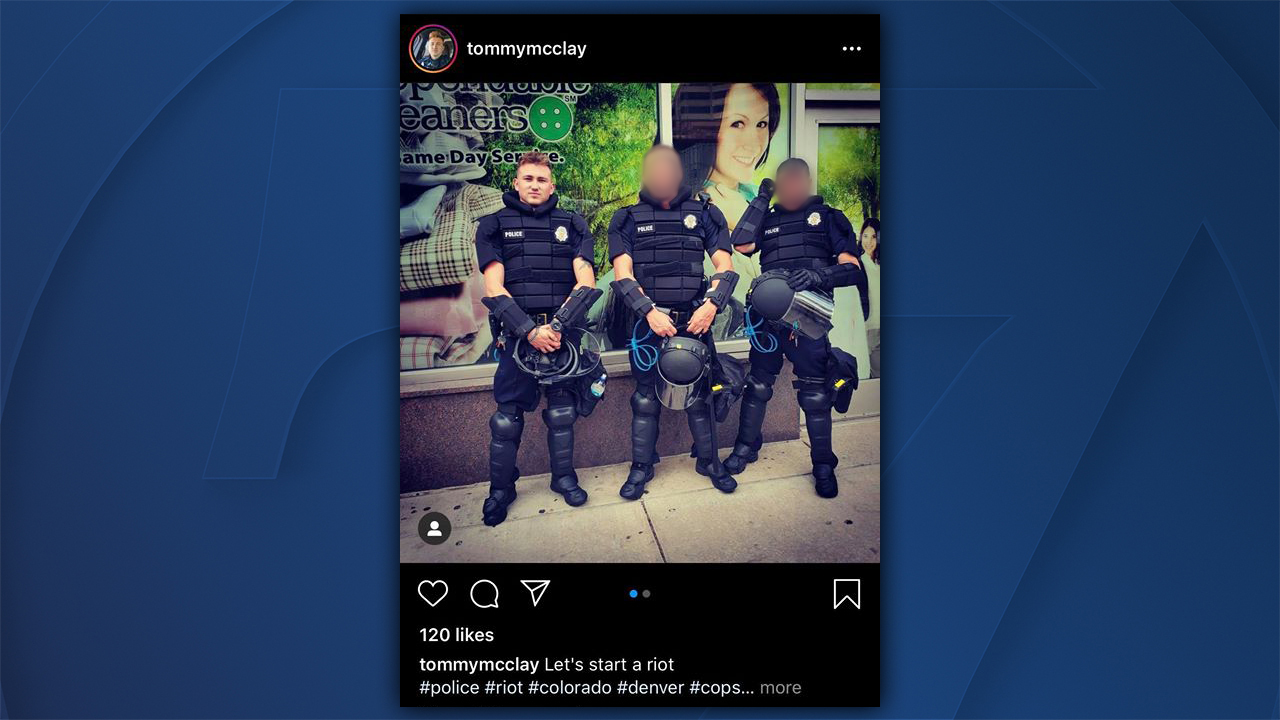 A Denver police officer who posted a picture on Instagram with the caption "let's start a riot" has been fired, police officials announced on Tuesday.

Denver police said the officers in the photo have been reassigned and will not be working the protests.

After the photo was shared on social media, Denver Police Chief Paul Pazen ordered an internal affairs investigation into the matter, according to a statement released on Twitter from the Denver Police Department.

This story was first reported by KMGH's Ryan Osborne.