As the county reopens local businesses, local churches eager to reopen as Trump weighs in 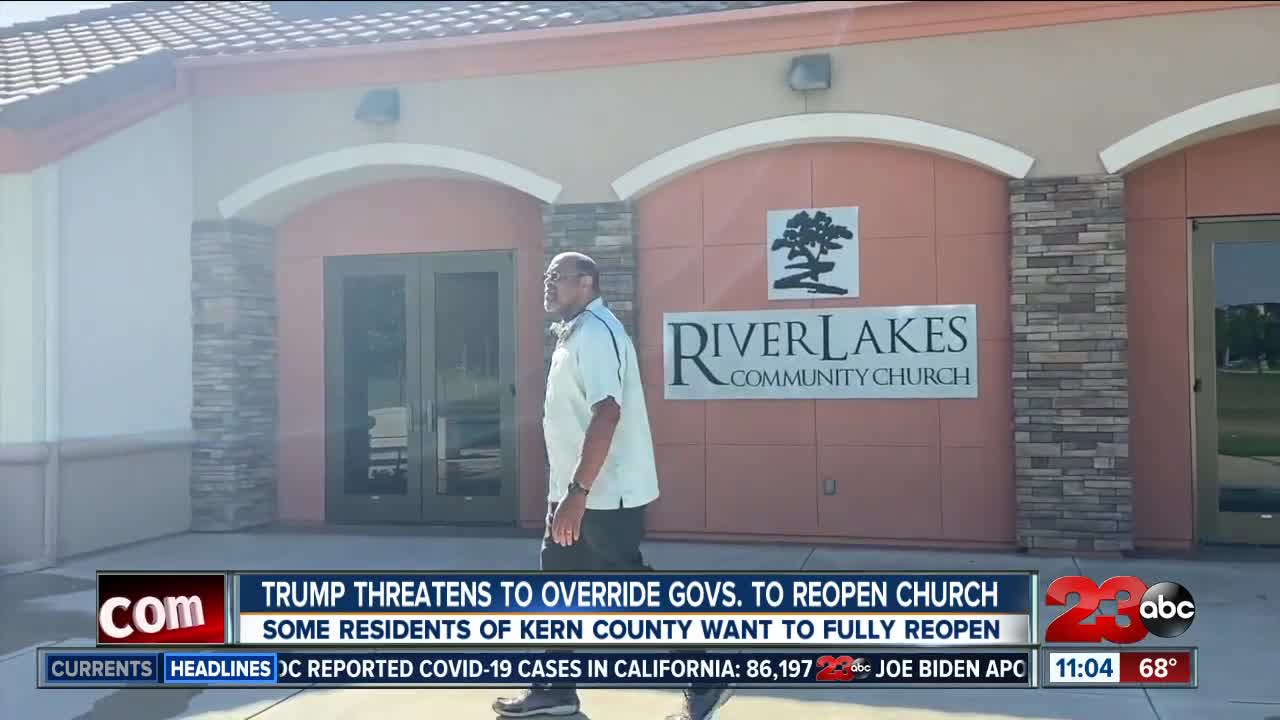 BAKERSFIELD,Calif. — Portions of the town are back open Friday night, as diners take advantage of restaurants reopening under new guidelines. All while President Trump weighs in on reopening churches.

Throughout Kern County retail stores and restaurants like Chuy's off of Rosedale Highway have already reopened their dine-in options.

On Friday their patio was full of customers who say they want the rest of the county to open too.

"It's amazing being out in public again, this is what it should have been like the last two months," said Ryan Hunt, a Chuy customer said. "We should not have shut down."

Another customer, dining in says he was tested for COVID-19. Thankfully, his results were negative and he believes the governor should step aside.

"I think he is an idiot 100 percent," said Clark Skinner, a customer of Chuy's said. "I mean I have been out in public the whole time and never contracted the virus. I think its a political deal and I do think the virus is real but I think they blew it out of proportion."

While some restaurants have opened, others have chosen to wait awhile.

The owner of Camino de Real, Boss Pizza Co., and Vida Vegan posted on social media that they're not opening quite yet. As of now, they are working to train staff and make sure they're following all guidelines.

As we head into the weekend, many are now trying to figure out if they'll be able to go back to church.

"If you want to go to church every day that's your choice and I 100 percent agree with it," said Janis Lothrop, a customer of Chuy's. "If we are going to separate church and state, the state needs to stay out of it and they can be open at their own will."

On Friday, President Trump deemed places of worship essential and threatened to override governors if they weren't allowed to reopen this weekend.

Angelo Frazier, the pastor of the Riverlakes Community church says he and other church leaders in the community appreciate the president's support of reopening their doors.

"It's positive to know that an elected official, the highest official in the land that they are agreeing with us," Frazier said.

"I think it's important we continue to pray for those affected by the virus but it is important to know that church is the first place people come for food, needs, and help. When there is a crisis local churches are first responders as well."

When 23ABC asked Pastor Frazier if attendees could see any changes this Sunday on services, he said there is movement, but no changes have been announced as of now.