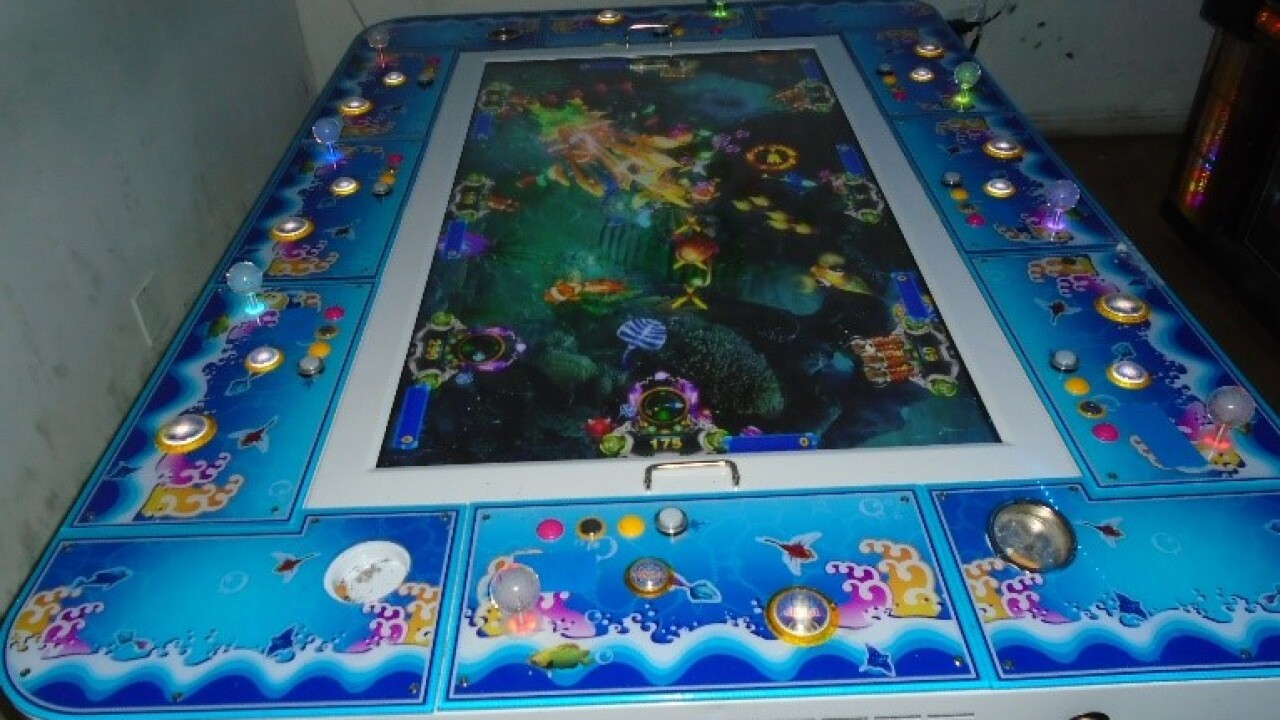 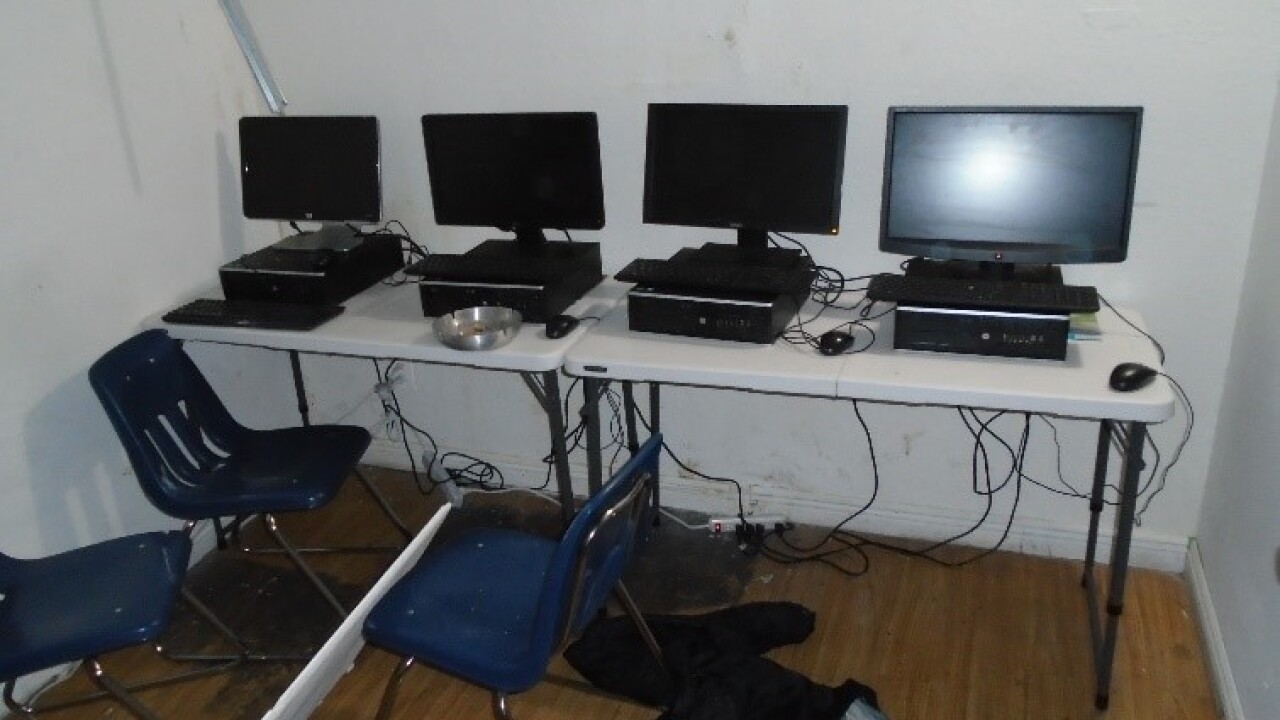 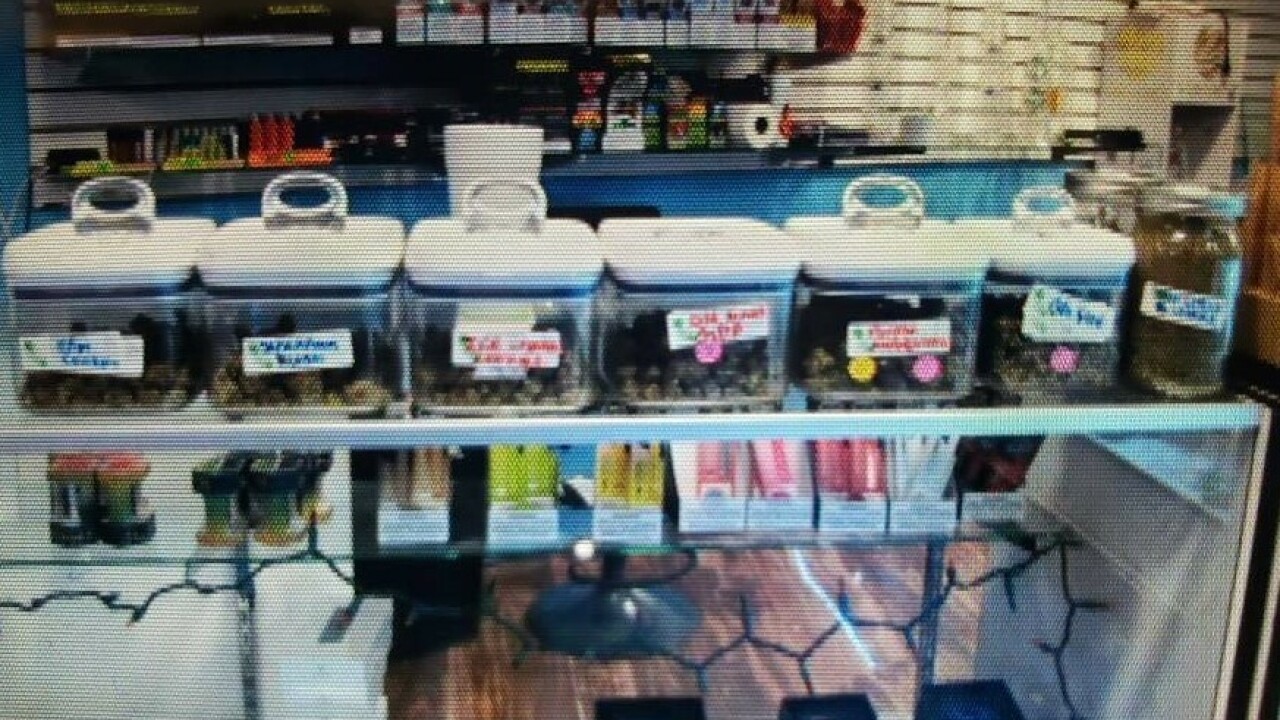 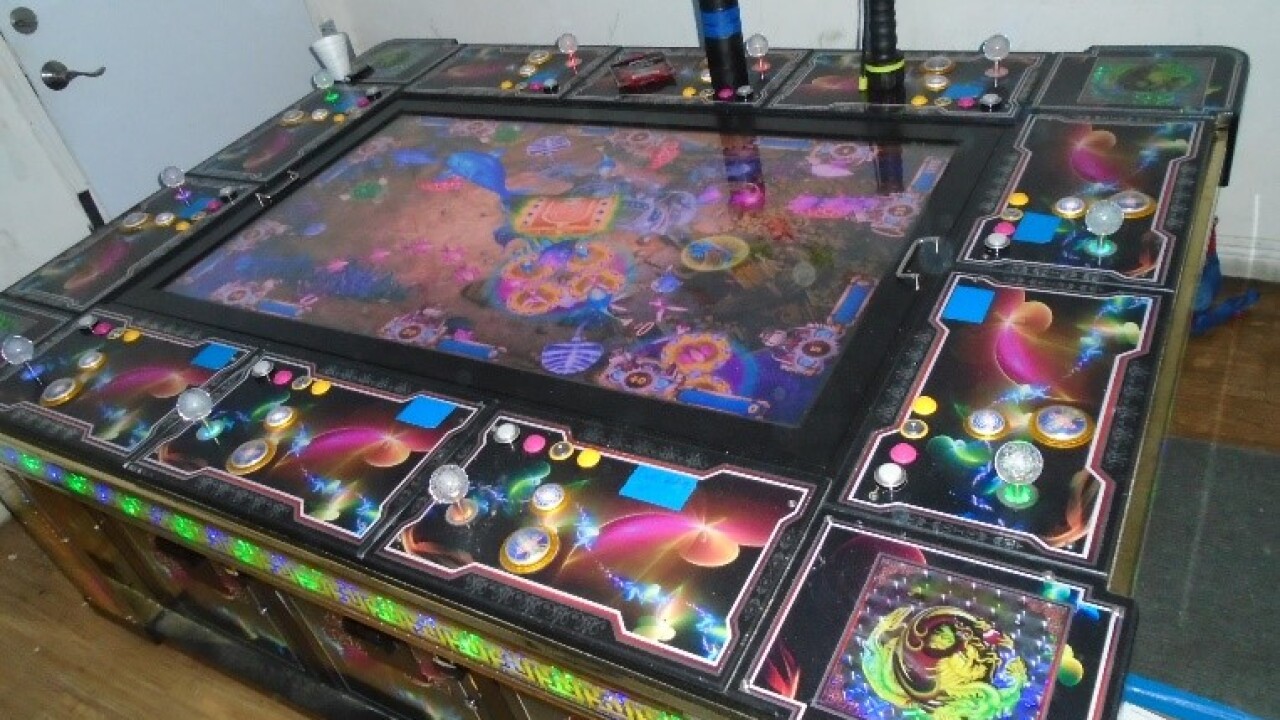 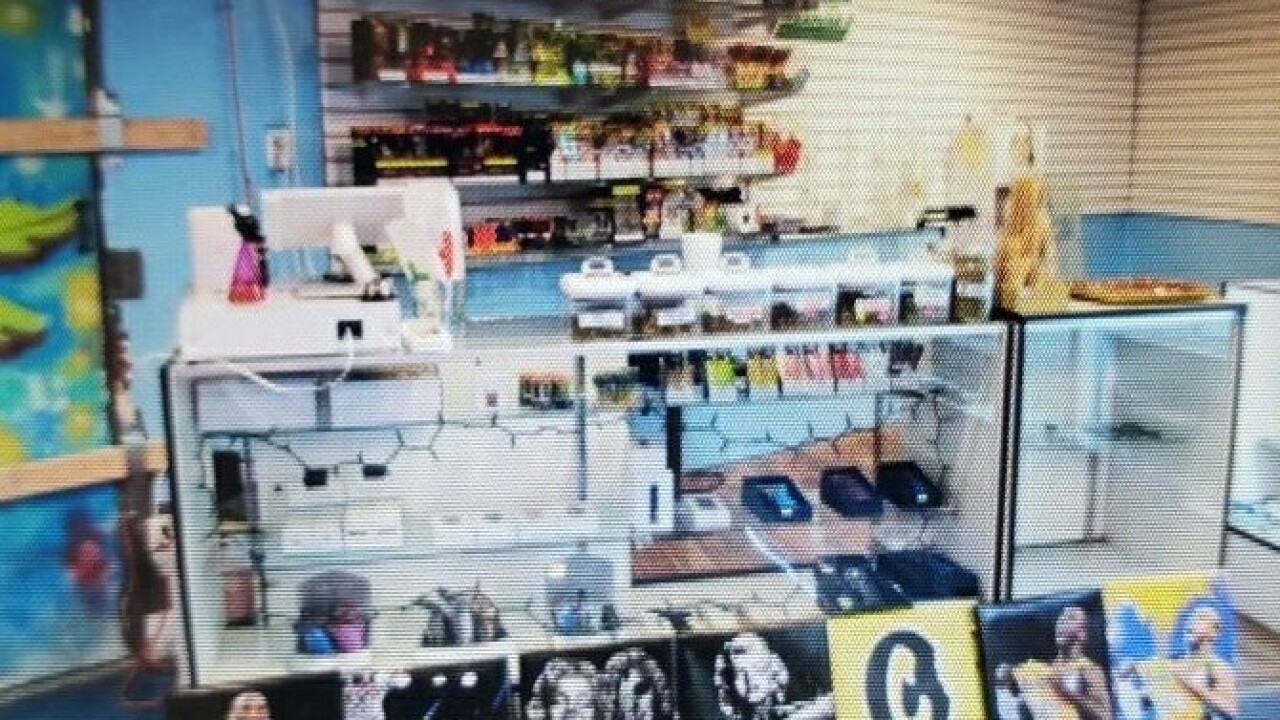 During the search, officers seized two large “fish” machines, six computers, 14 pounds of marijuana and THC products and over $3,400.

Another adult, 38-year-old Terrell Williams, was arrested on felony child endangerment after leaving a young child unattended in his vehicle, outside of the unlawful establishments, while he visited the illegal gaming facility.