Jack Hood attended William Penn Elementary School in 1928 and he came back for the first time to spread christmas cheer.
Posted: 6:43 PM, Dec 20, 2018 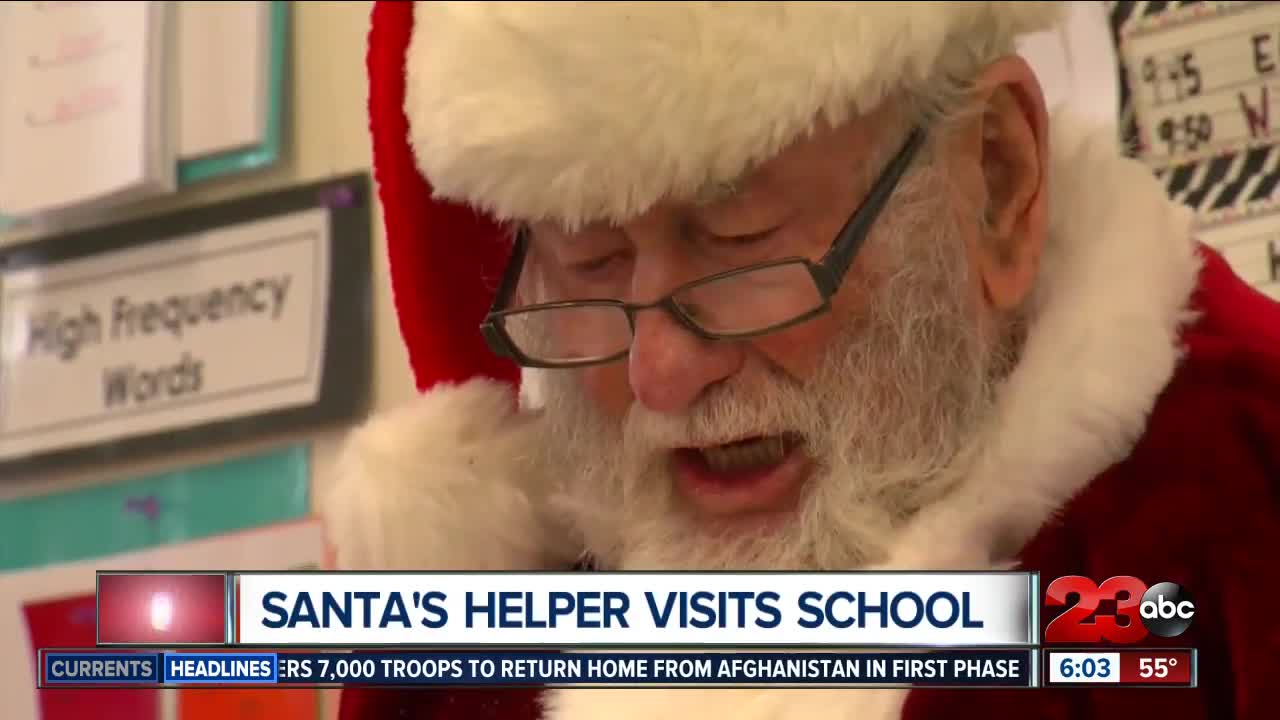 Jack Hood returned to his elementary school after 90 years to help spread the christmas cheer.

Hood lived down the street from the elementary school and would walk to class every morning. He says he has fond memories at the school especially a local market he used to frequent.

"There’s a little market right around the corner here on Chester Lane, that was there when I was going to school.. its still operating," says Hood. "We would go by after school and we’d pick up a candy bar for one penny… and they’re still operating so they must've been making money on a penny."

Hood graduated in 1928 from the elementary school. He said coming back to the school was nostalgic and to make the kids happy was a pleasure.

"I thought it would interesting for the kids," says Hood. "And it was, they were so happy."

Hood's wife joined him too and she says his love for service, even just serving his community, is one of the things she loves most about him.

"You love someone yourself so much and to see others laugh because of him, it really is gift," said Hood's wife.

The couple has been together for 69 years and hopes to keep making memories like these in the future.