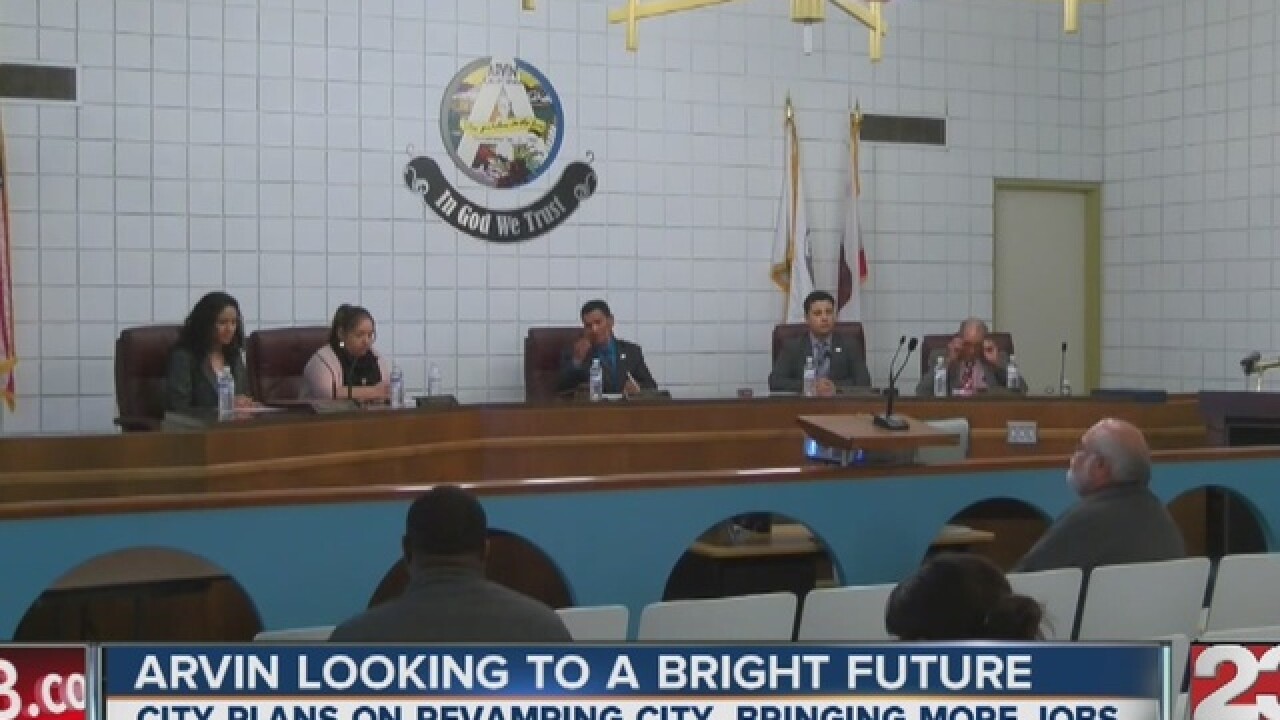 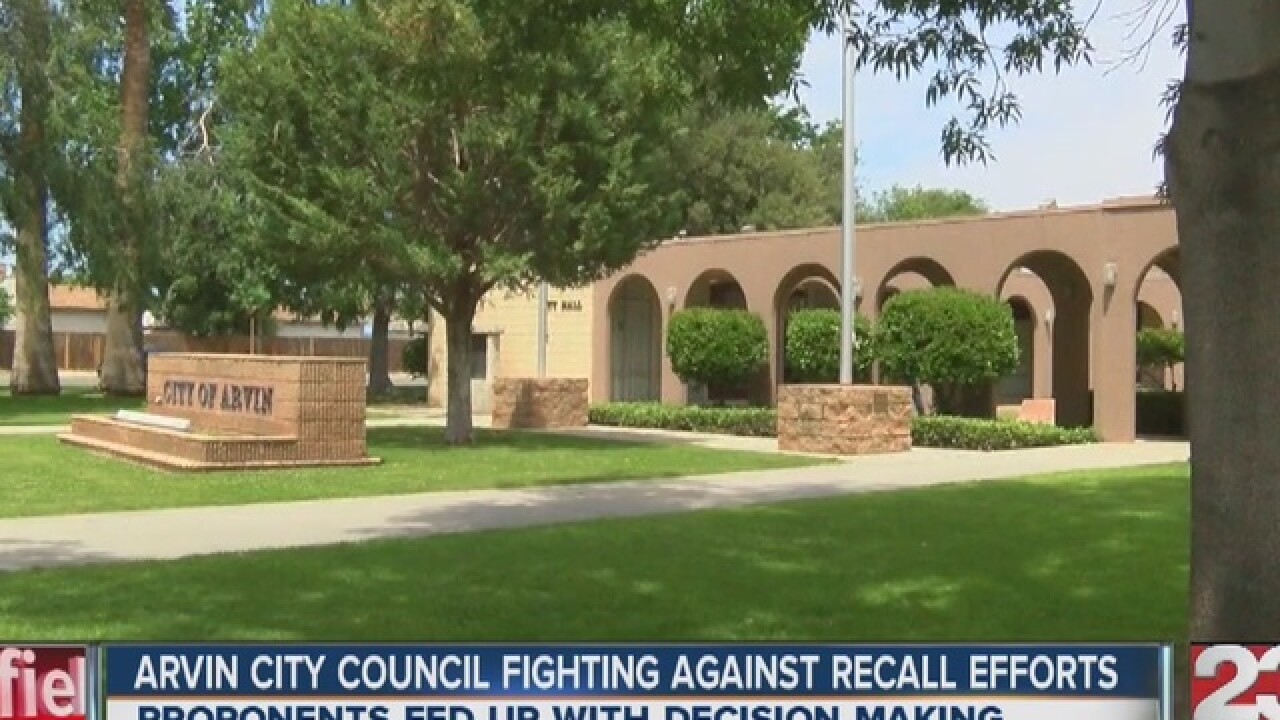 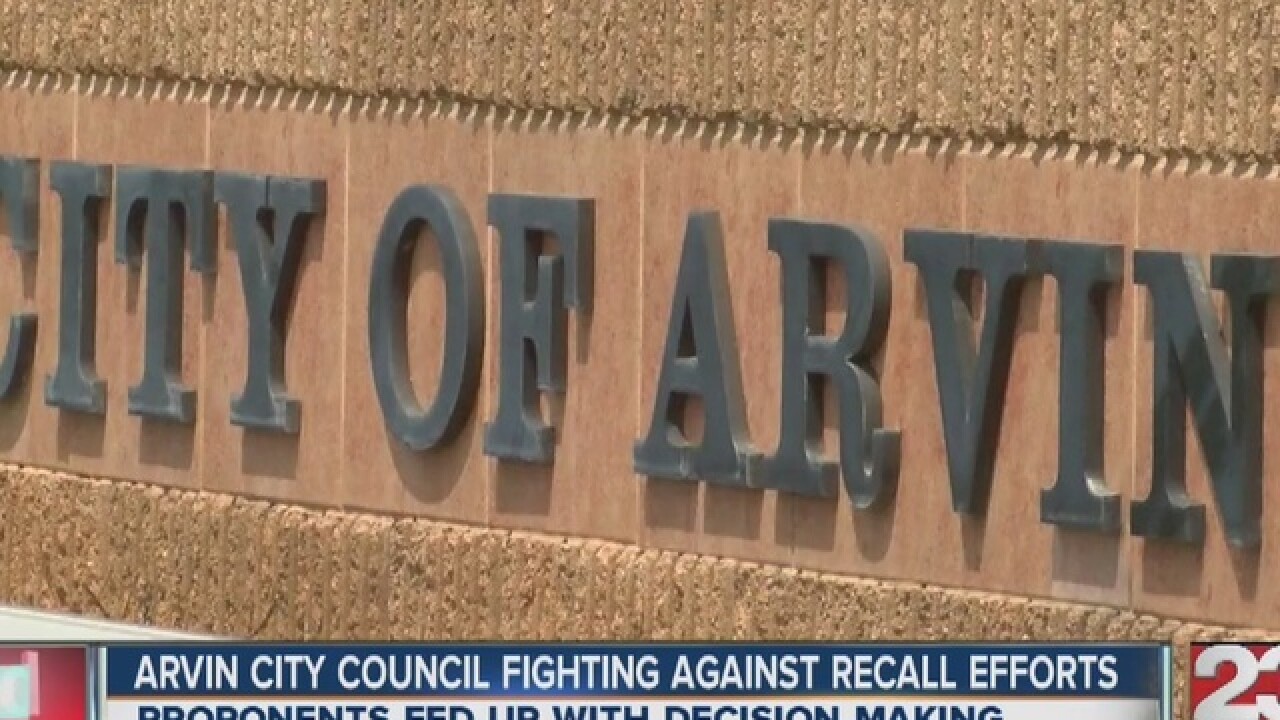 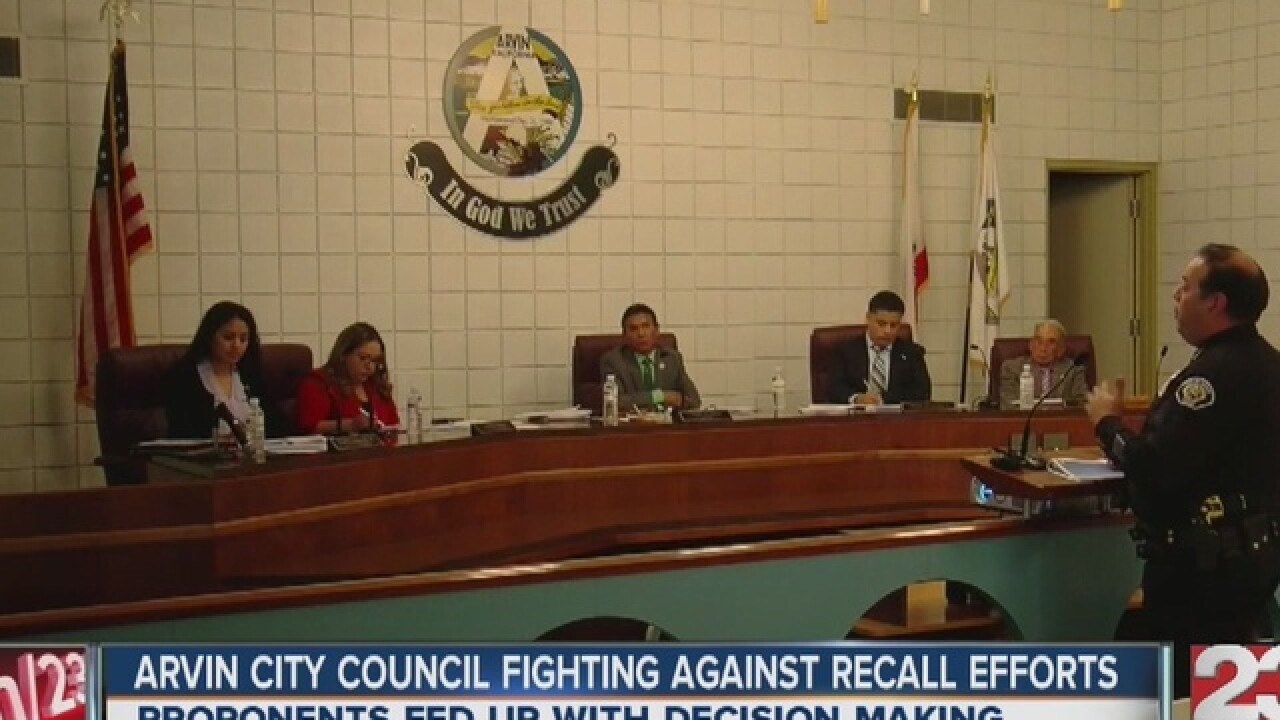 An effort to recall three Arvin city councilmembers continues with more than a week left to submit a petition for a special election.

"it's unwarranted and it is unprecedented," said Jose Gurrola, who is fighting to finish his term.

He's on a recall list, along with two other members, Jazmin Robles and Jess Ortiz.

Gurrola said mayor, Jose Flores, is one of the recall proponents and wants the specified councilmembers booted.

"The recall proponents claim that because we are young, we are easily manipulated," said Gurrola.

We caught up with Flores, who said the recall started because residents were fed up with decision making behind choosing a chief of police.

"They got very upset about the city council going out and doing the recruitment instead of giving the opportunity to employees that you already have in-house," he said.

But Gurrola claimed they are doing what's best for the city - and that shouldn't warrant a recall.

"We may be young but we are educated, we are energetic and we are not afraid to stand up for what's right," he said.

If there's one thing both sides agree on, it's that voters need to be proactive within city government.

"We are using this campaign to bring people together, to educate them on the issues and to bring them together and to try to focus on improving the community," said Gurrola.

If the special election to recall the councilmembers were to happen, it would cost taxpayers about $20,000.

Proponents need to collect valid signatures from 20% of registered voters in Arvin by May 24th and May 31st.