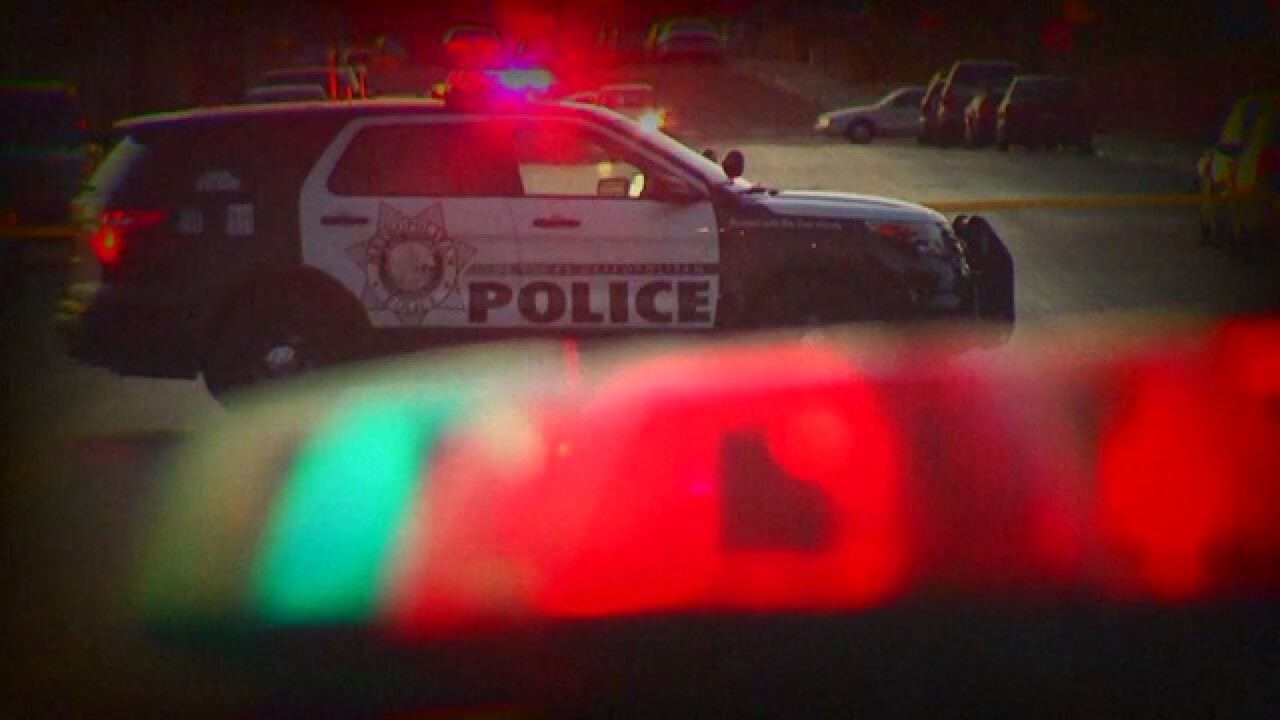 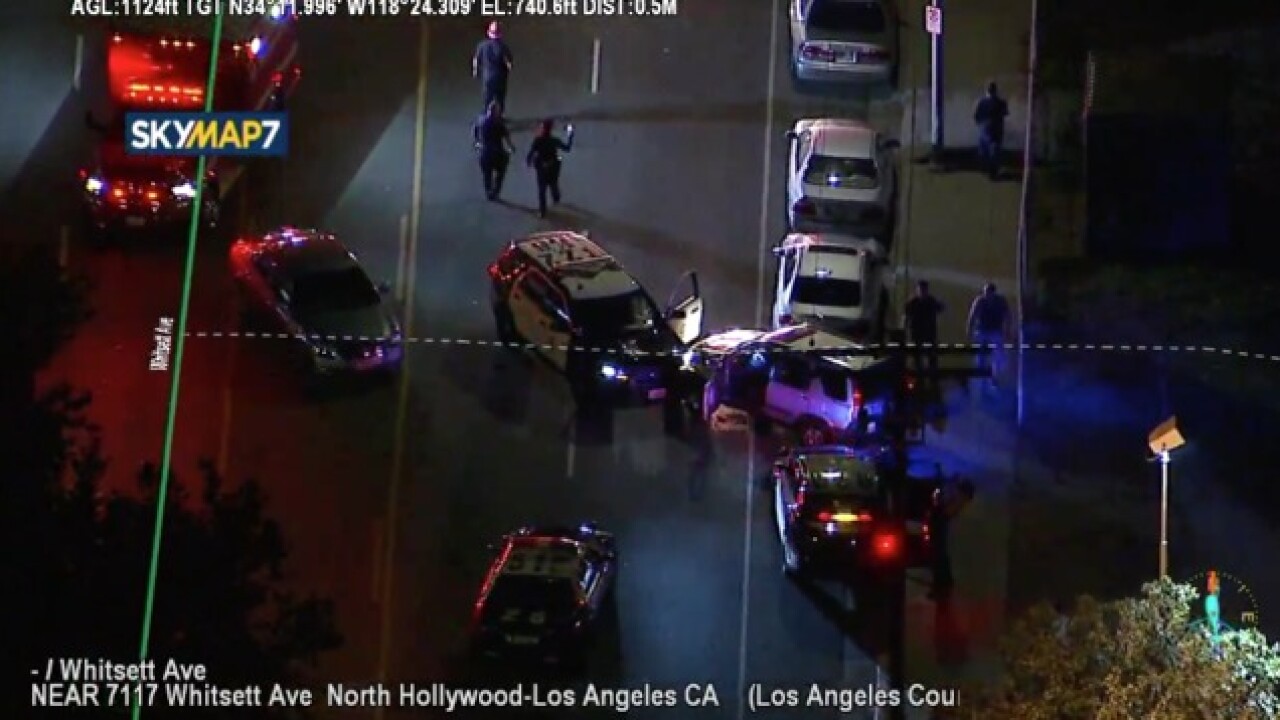 The chase started in North Hollywood, and authorities said they believe the suspects may be gang members. One person had a warrant out for their arrest.

During the chase, the driver weaved in and out of traffic on the 5 Freeway and surface streets. At one point, the vehicle traveled at high speeds in downtown Burbank.

The suspects eventually got back on the 5 Freeway and exited again in North Hollywood.

At one point, the suspect almost collided with a white vehicle as the suspect blew through traffic lights.

Authorities later said one of the suspects may be wanted for murder.

During the erratic chase, the vehicle sped through residential streets and nearly crashed into another vehicle, instead crashing into trash cans in front of a home.

Near Sylvan Street and Kraft Avenue, the driver stopped the vehicle near a curb, allowing one or two of the suspects to flee from the sedan.

The driver continued quickly down the street.

After a short time, the suspect stopped the vehicle at a park and fled on foot.

Within minutes he was spotted near vehicles on the outskirts of the park. The suspect carjacked an SUV, but as he tried to exit the park, a police patrol SUV crashed into the front of the vehicle and stopped the suspect.

The suspect was taken into custody. It was unclear if authorities apprehended the other two suspects who had fled from the sedan.