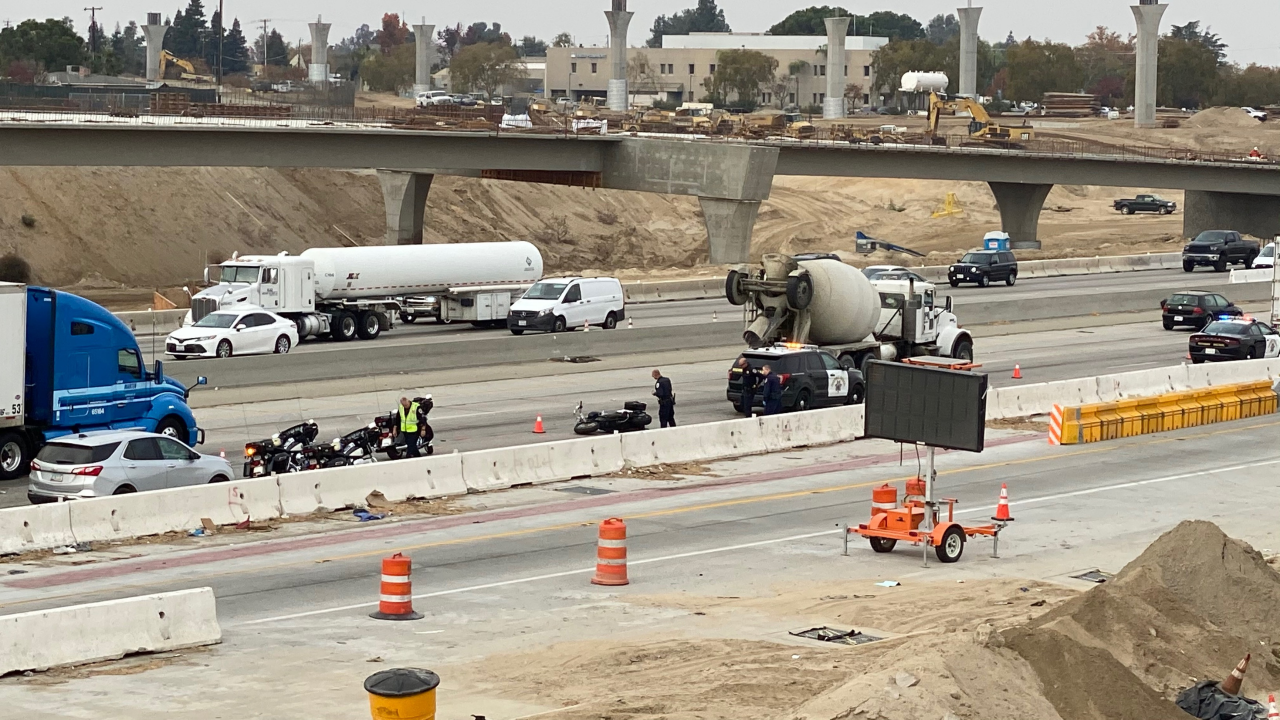 Authorities are investigating a fatal motorcycle accident on Highway 99 near Stockdale Hwy. Traffic is stopped back to White Lane and drivers should seek alternate routes.

According to early reports from the scene, two motorcycles riding together were "splitting the lanes" as traffic backed up near Ming Avenue. When they got separated, one of the riders tried to catch up when the handlebar of his motorcycle struck a semi-truck trailer causing him to crash. He was then struck by the trailer's tires.

No further details are available at this time.