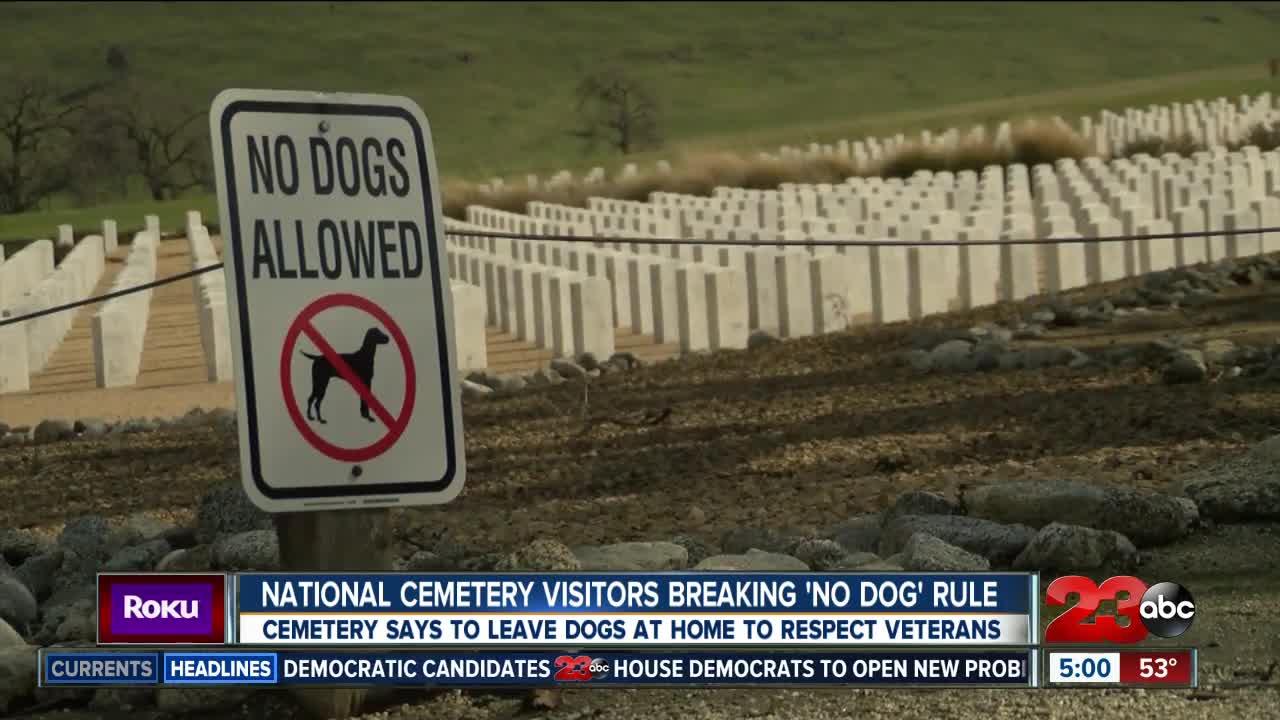 Administrators say the rule is out of respect for the military personnel laid to rest there.

BAKERSFIELD, Calif. — The Bakersfield National Cemetery in Arvin has a rule that no dogs are allowed on the grounds at all. Administration said this rule is out of respect for the military personnel laid to rest there, but many visitors do not follow the rule, despite signs posted at the entrance and around the parking lot.

Administrative Officer Ginger Dovre said they've found dogs running around, relieving themselves on and near headstones, so their rule is that no dogs, except service dogs, are allowed on the property.

She said when they speak to visitors with dogs to inform them of the rule, most are understanding, so she believes the issue is a general lack of knowledge about the rule so it's the Cemetery's goal to get the word out.