BPD arrests two for driving under the influence of cannabis 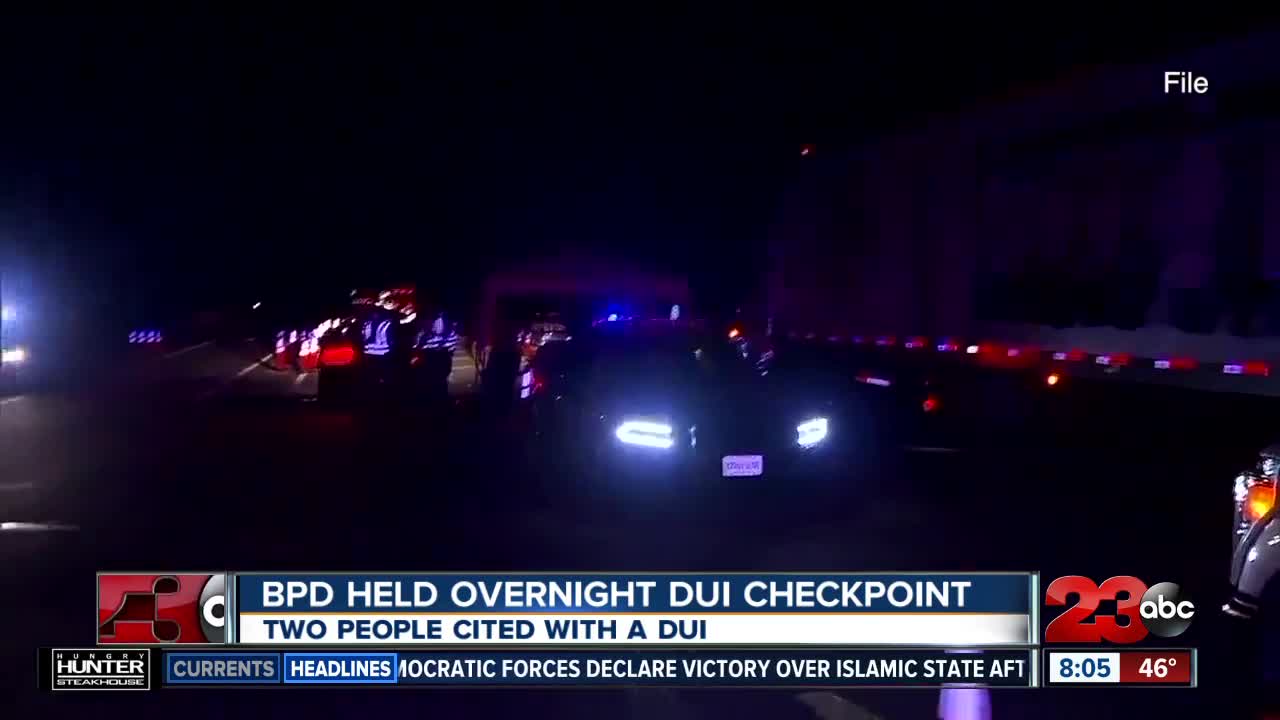 BAKERSFIELD, Calif. — The Bakersfield Police Department arrested two drivers for driving under the influence of cannabis this weekend. According to BPD, one of the drivers was previously convicted of DUI.

BPD Traffic Section conducted the DUI and Driver's License Checkpoint on Saturday on Panorama Drive near Haley Street between 6 p.m. to 2 a.m.

According to BPD, 428 vehicles were screened by officers. Of those vehicles, seven drivers were detained to be further evaluated of their sobriety influence level, nine drivers were cited for driving while unlicensed, and 12 motorists were found to be driving on a suspended license.

BPD encourages the public to help keep roadways safe by calling 911 if you see a suspected impaired driver.