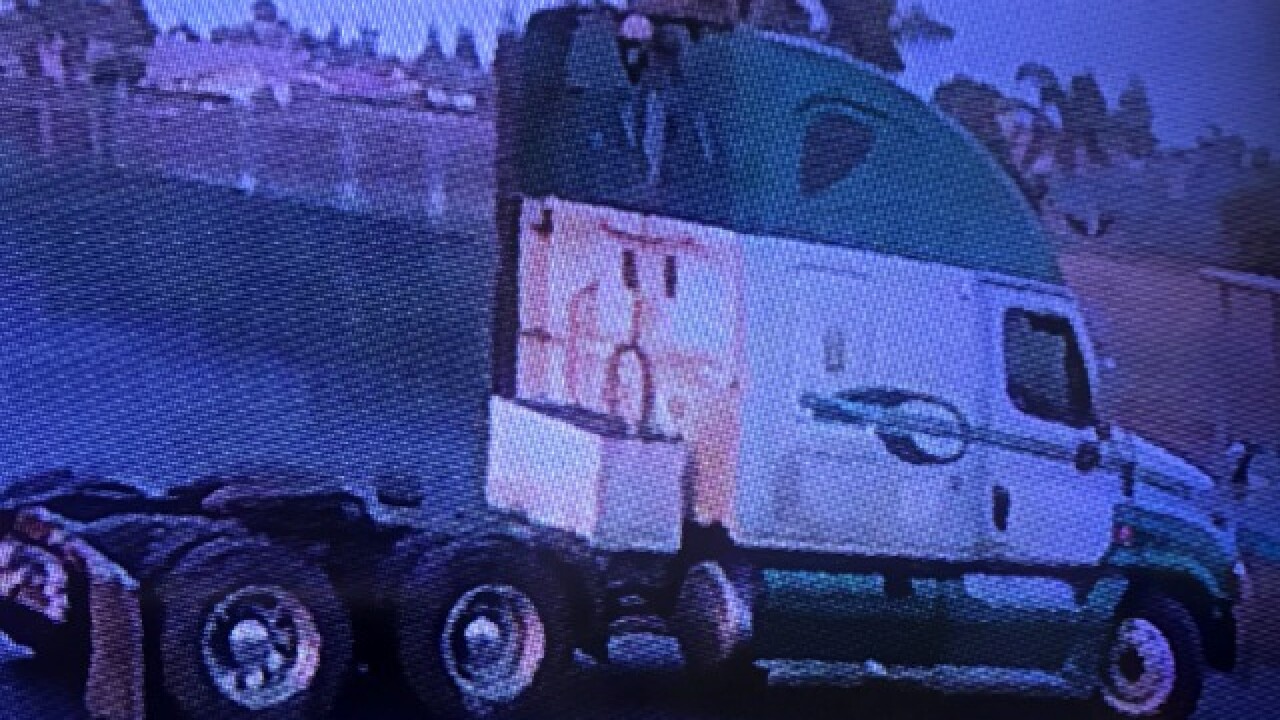 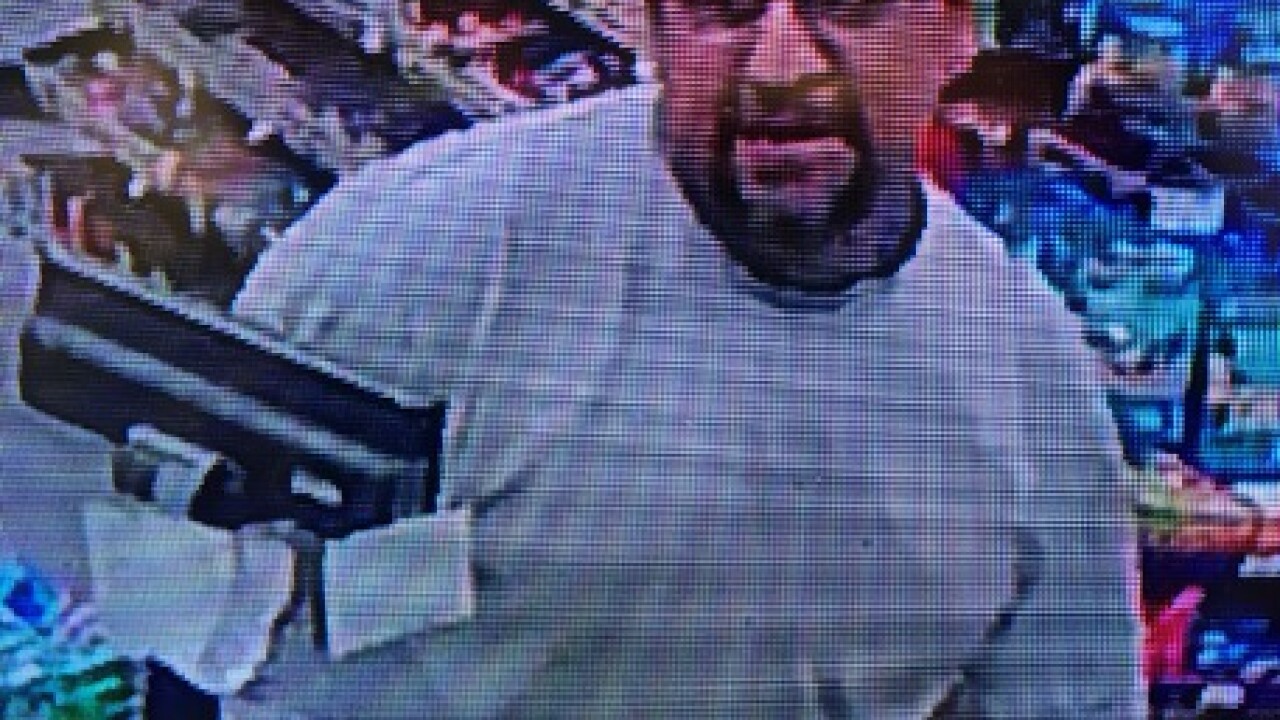 The Bakersfield Police Department is asking for help identifying and finding a suspect believed to be responsible for multiple grand thefts of fuel.

BPD says the thefts happened in August and September of 2018. The suspect is described as a 40-year-old Hispanic man, standing at about 5'10" and weighing 200 pounds with a bald head and a black goatee. He was last seen wearing a grey t-shirt and jeans.

The suspect is believed to be driving a white and green semi-tractor truck, according to BPD. A picture of him and the truck can be viewed above.