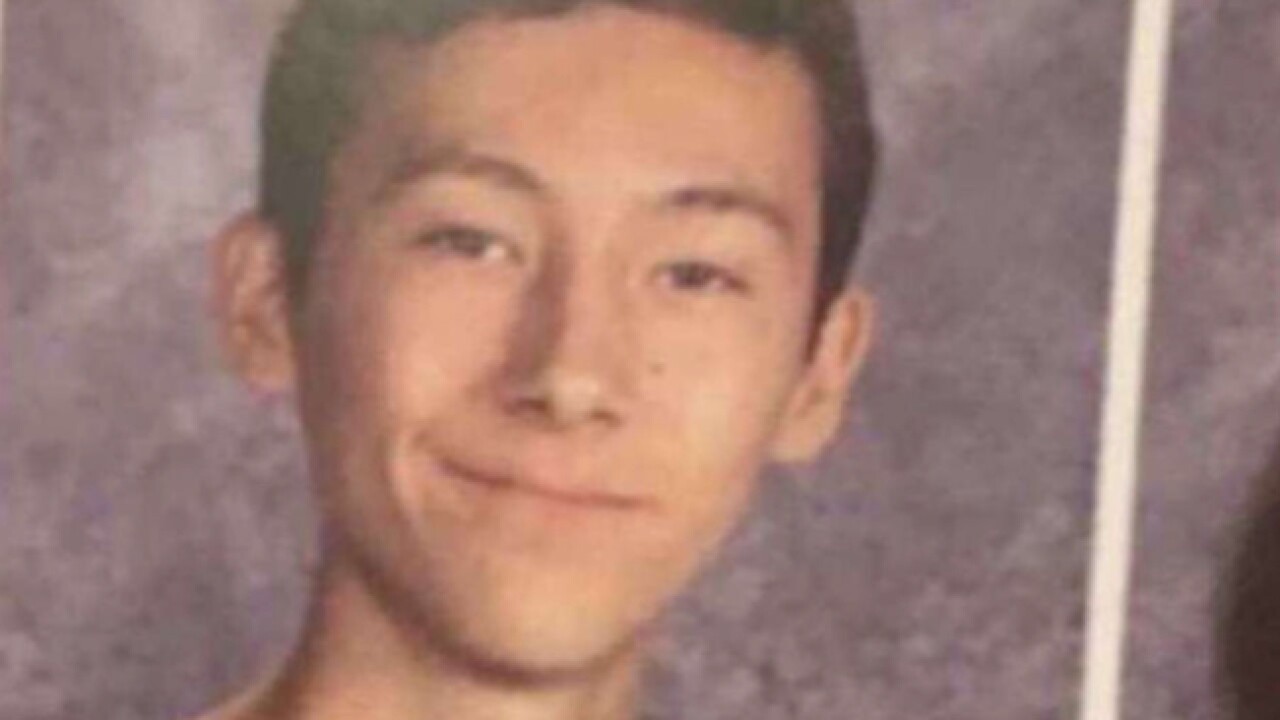 SANTA CLARITA, Calif. — The suspect in the shooting rampage at Saugus High School has died, officials said Friday. The suspect died at 3:32 p.m.

After shooting five classmates on Thursday, he shot himself in the head, investigators say. At the time he was hospitalized in critical condition.

His mother was present at the hospital at the time of his death, officials said.

Three teenagers were recovering Friday after the deadly shooting at Saugus High School as investigators continued to search for a motive for what led the student suspect to pull a gun from his backpack on his 16th birthday and open fire on his fellow classmates before turning the gun on himself.

The shooting that killed two teenagers and wounded three others took just 16 seconds and left the attacker, only identified by authorities as a 16-year-old Saugus High student, hospitalized in critical condition with a self-inflicted gunshot wound, authorities said.

Hospital doctors said two teenage girls wounded in the shooting were recovering and could leave the hospital soon. A third surviving victim, described as a 14-year-old boy, was released from Henry Mayo Newhall Hospital Thursday.

"These are stoic, young adults. They held their composure despite being shot. Being shot in the torso is a very big deal," a hospital doctor said of the wounded students.

Investigators searched the alleged gunman's home as they sought a motive for the attack, which seemed to target students at random, Los Angeles County Sheriff's Department Captain Kent Wegener said.

They found six firearms at the home that were all registered to the suspect's late father.

The boy lived with his mother in a modest home on a leafy street in Santa Clarita, known for good schools, safe streets and relatively affordable housing. His mother dropped him off at school that morning.

The alleged gunman was described as a smart, quiet boy who played chess and had been active in a local Boy Scout troop, according to acquaintances.

He seemed like "one of those normal kids," according to a student in his physics class.

One girl who knew him for years said he wasn't bullied and had a girlfriend.

The teen's father died two years ago. An online obituary said he loved big-game hunting. In 2015, the father had been arrested amid a domestic dispute with the boy's mother but no charges were filed.

The Sheriff's Department hadn't been called to the home recently and there was no indication of "turmoil" there, Wegener said.

Someone posted a message under a pseudonym on an Instagram account that was reported as possibly belonging to the boy, authorities said. The message said: "Saugus, have fun at school tomorrow."

However, authorities said at a news conference Friday that an investigation determined the account was not linked to the suspect.

It wasn't clear when the message was posted or by whom, Wegener said. It was deleted after the shootings, either by a hacker or someone who had access to the account, he added.

Authorities said the teenager apparently acted alone, and there was no history of the boy being bullied. There was also no indication that he was affiliated with a group or ideology, said Paul Delacourt, the agent in charge of the FBI's Los Angeles field office.

Saugus High School has no metal detectors but it has a dozen security cameras and a fence with a limited number of gates.

Officials say surveillance video shows the suspect pull the .45 caliber firearm out of his backpack and shoot five nearby students in the quad. At one point, the gun jammed, but he quickly cleared it and resumed shooting.

He then shot himself in the head.

"In 16 seconds, he cleared a malfunction and was able to shoot five people and himself," Villanueva said. "So he seemed very familiar with firing the weapon."

Moments after shots rang out, the first responders on the scene were three off-duty law enforcement personnel who had just dropped their own children off at the school.

They saw children fleeing campus and immediately went inside to find out what was happening and see if they could help, according to Los Angeles County Sheriff Alex Villanueva.

Six students, including the gunman, were found in the quad area suffering from gunshot wounds, Villanueva said.

The first off-duty officer to arrive at the quad saw the .45 caliber semi-automatic gun at the scene and determined it was safe enough to begin providing first-aid.

"Their actions definitely saved lives and my hats off to them," Villanueva said.

All six students were transported to hospitals, where two of them, a 15-year-old girl and a 14-year-old boy, were later pronounced dead. The girl was later identified as Gracie Anne Muehlberger.

A seventh person was also transported to a hospital for a medical issue or injury that was not caused directly by the gunfire.

The sheriff said the deceased girl's parents were at the hospital. Villanueva was notified of the second fatality during a press conference at the school.

About two hours later, authorities said to media that a third victim had died. However, they later clarified that was not the case, adding that all surviving victims were in stable condition.

The Santa Clarita community banded together Thursday night to support each other in the aftermath of the chaos.

Many attended church for a nighttime prayer service and others joined together at Central Park, where parents and students were reunited after the lockdown.

At Central Park, students tied blue and white balloons above candles to remember the 14-year-old student who was killed. His friend says he was a member of the Junior Reserve Officers' Training Corps.

"I've known him since I was five," student Joshua Mourthi said. "So, he used to be my neighbor. He could make anyone smile. You could be having the worst day and he'd walk up and say 'Hey, how's your day going?' and you'd immediately start smiling."

Students, friends, strangers and other members of the Santa Clarita came together Thursday in the aftermath of the deadly shooting at Saugus High School.

All schools in the William S. Hart Union High School District remained closed Friday "out of respect for the victims and their families,'' Deputy Superintendent Mike Kuhlman said. District officials initially said campuses would reopen Monday, although it was unclear if that will include Saugus High School.

Counselors were made available to the school community Friday from 8 a.m. to 4 p.m. at Grace Baptist Church located at 22833 Copper Hill Drive.

Amid the chaos at the scene, the number of reported victims fluctuated throughout the morning. The sheriff later confirmed that six people were shot, including the gunman.

The Associated Press and City News Service contributed to this story.