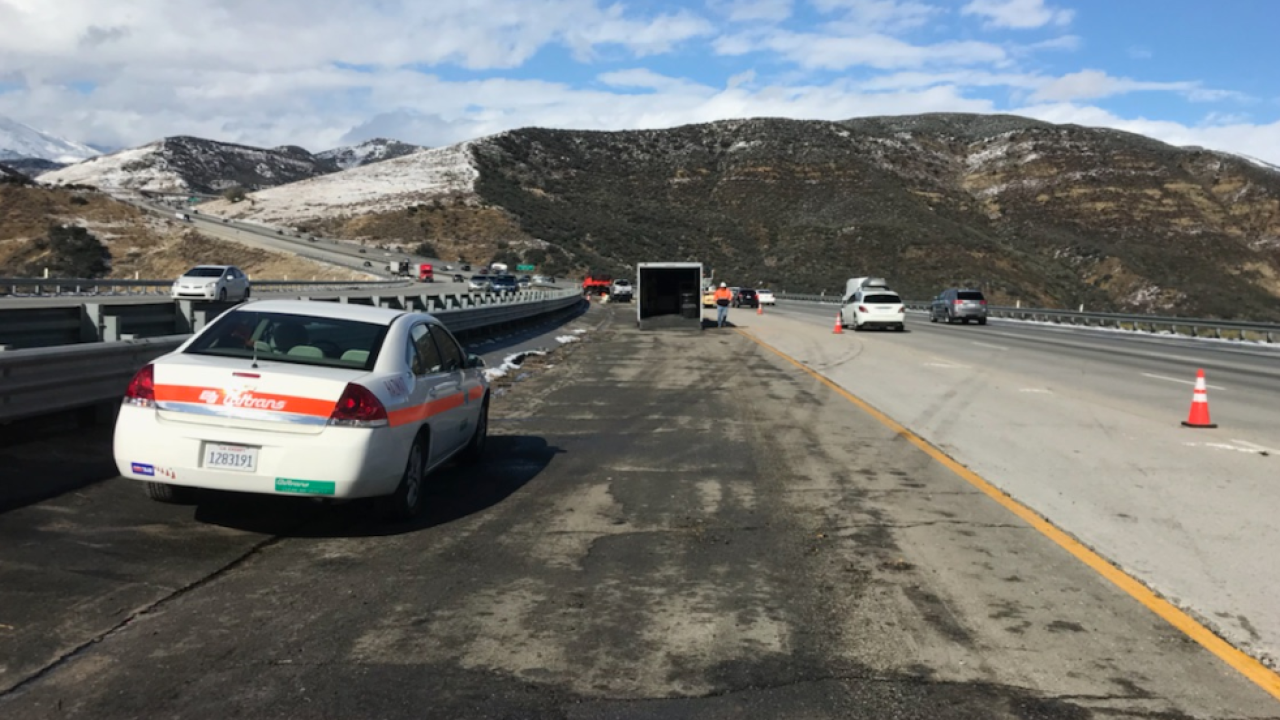 According to a tweet from Caltrans around 9:50 a.m. Friday, black ice caused the big rig to overturn. Following the incident officials blocked the two left lanes on the interstate near Pyramid Lake.

About an hour later, officials opened up one lane to pump out diesel fuel that has spilled into the drain.

Caltrans said all lanes are now open while activity continue on the left shoulder.