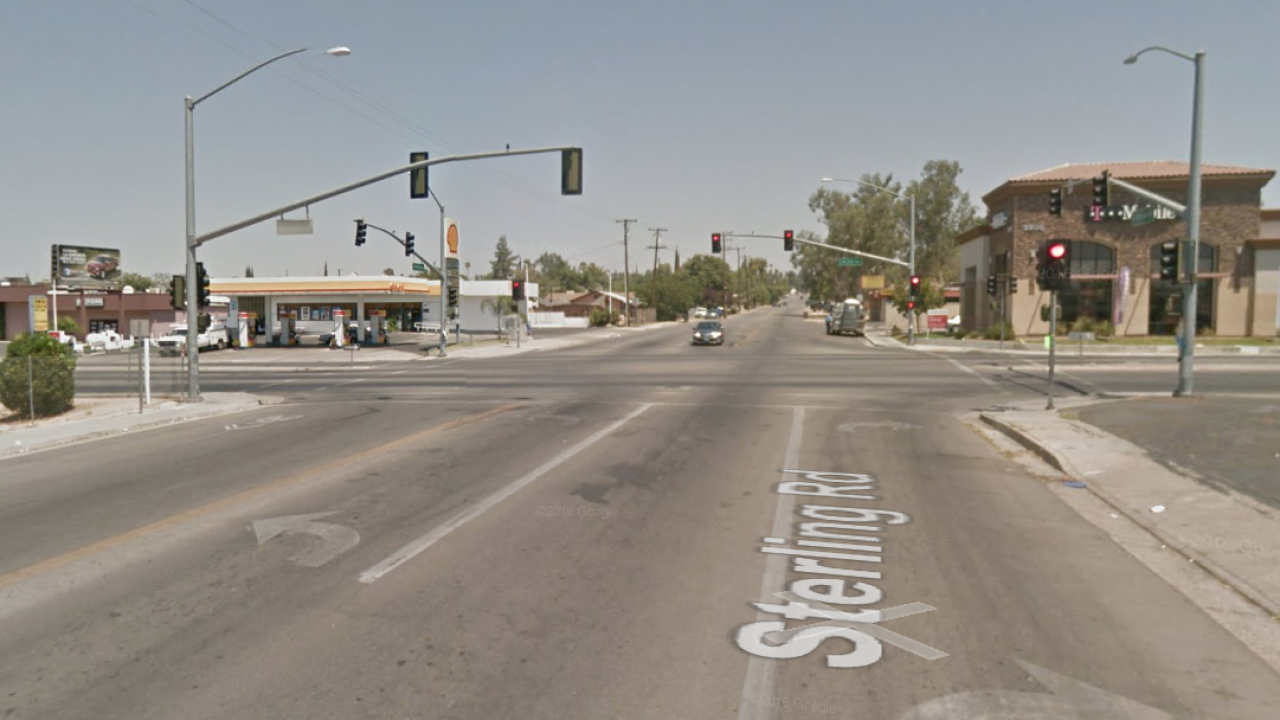 BAKERSFIELD, Calif. — A 19-year-old man was arrested on suspicion of driving under the influence and felony hit and run in connection with an East Bakersfield crash that left two girls with major injuries on Christmas Day, according to the California Highway Patrol.

The crash was reported shortly after 2 a.m. Tuesday at Sterling Road and Niles Street.

The impact of the crash caused the Honda to overturn within the parking lot of a gas station on the northwest corner.

The Saturn traveled in a northwesterly direction into the same parking lot, and struck a large sign post, causing the sign to fall into the awning over the gas pumps, authorities said.

Following the crash, Gallegos and a male passenger ran away, CHP reported.

The Honda's driver and a passenger -- ages 40 and 64 respectively -- suffered minor injuries. A 10-year-old boy did not report being injured.

The occupants of the Honda were transported to Kern Medical Center, Loma Linda University Medical Center and Valley Children’s Hospital.

Gallegos later arrived at Kern Medical Center for treatment and was contacted by CHP.

“Gallegos displayed objective symptoms of alcohol intoxication, admitted to driving the vehicle, is the registered owner of the sedan, had injuries consistent with being involved in a collision and admitted to leaving the scene after the collision,” a CHP report read.

He was evaluated and subsequently arrested.

According to a warrant, Gallegos told officers that he had five beers before the crash. Moreover, breathalyzer tests performed gave blood-alcohol content results of .105 percent and .103 percent, the documents stated.