CHP shares tips for drivers heading over the grapevine 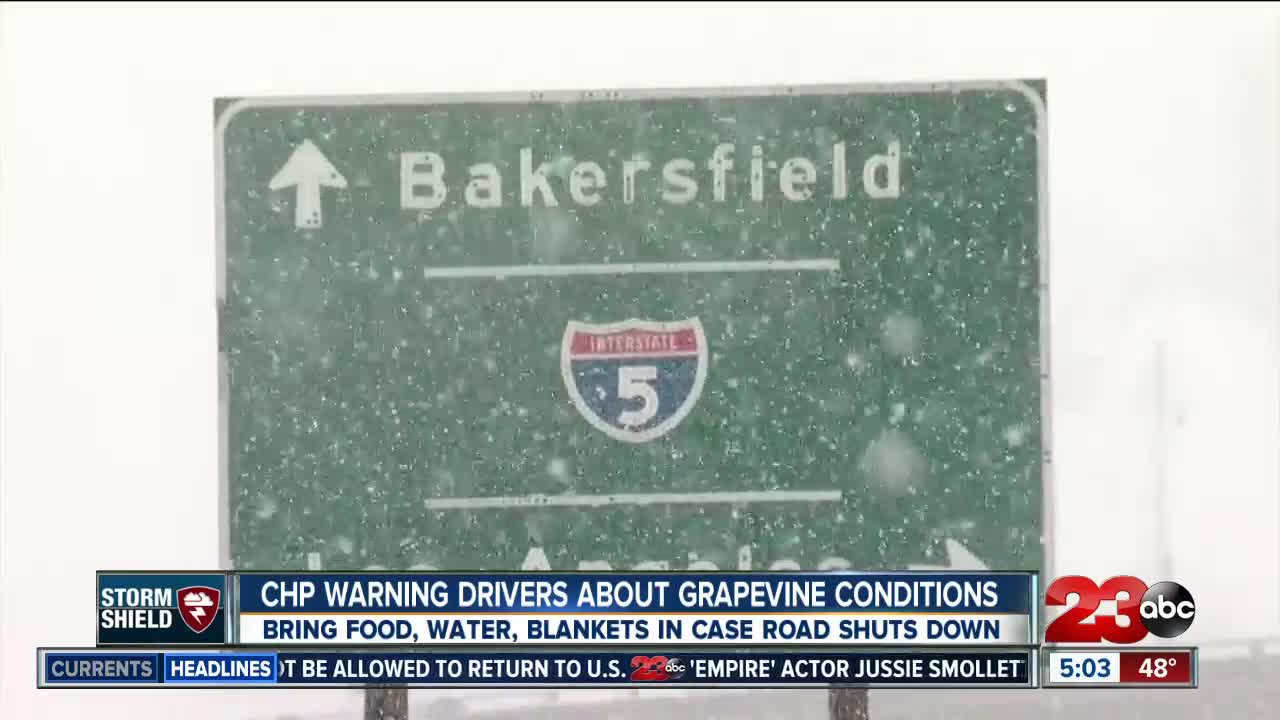 However, Officials shared some reminders for divers in case they plan on hitting the road, “First off if you can avoid the trip avoid the trip, if you can’t make sure you have plenty of gas at least three quarters of a tank. Make sure you you’ve got some food, some water in case you are stranded for a long period of time. If you do run out of gas make sure you’ve got warm clothing or some blankets with you, any kind of medication you may need in case of emergency,” CHP Public Information Officer Rich Anthes said.

Anthes said kitty litter and shovels may also be useful items to pack in you car in case you get stuck but it’s important to check road conditions before you leave,“Before you travel just check the weather apps and QuickMaps from CalTrans is a good one to follow they are real time when we talk about closures.”

However, he said some apps may lead you into harms way if you aren’t cautious and don’t know the roads, “Google Maps and Waze has not helped in a way that they are sending people on different routes some of those routes are dangerous or become more dangerous, when first off we are busy here and we can’t come help you out when it’s a 40 minute to an hour an a half response time in the small little mountain roads. We have a couple roads blocked off. The 33 is closed right now and so is Hudson Ranch Road. Hudson Ranch Road is a common one for people to circumvent the Grapevine,” Anthes said.

He said they usually end up getting stuck during days like Wednesday when they remain shut down, “But it gets real dangerous it becomes frozen over,” Anthes said.

So far this year is different than last year in some ways but not in others ways according to Anthes, “It seems like the snow is heavier but as far as people being more prepared or less prepared it’s all the same. It seems like most people aren’t prepared for it. They don’t have a full tank of gas that’s probably the worst thing,” Anthes said.

CHP officials said they are expecting storms to continue off and on throughout the night and possibly into Friday. If you have to leave your house and head towards the grapevine remember to dive slow, expect delays and check conditions before you leave. We will continue to update you on closures so make sure to keep an eye on all of our social media platforms.