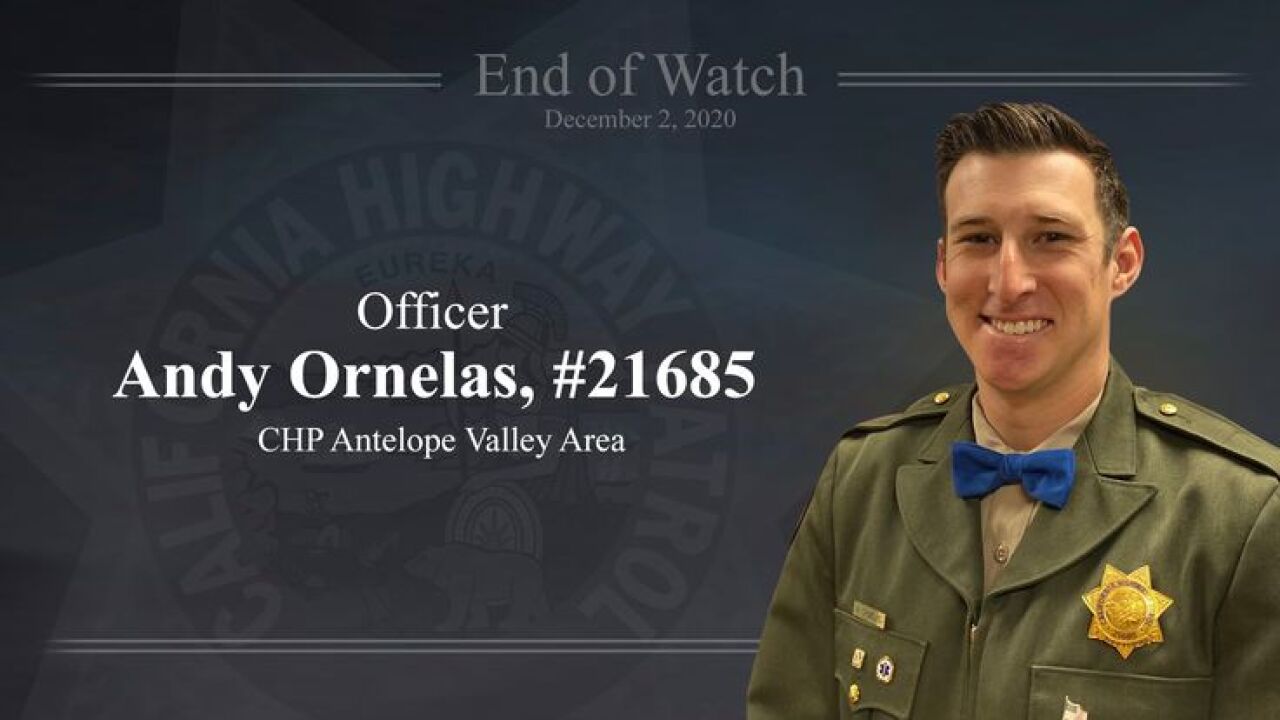 SACRAMENTO, Calif. (KERO) — A bell toll tribute ceremony will be held in honor of California Highway Patrol Officer Andy Ornelas, who died in the line of duty Wednesday, Dec. 2.

Officer Ornelas becomes the 232nd officer to die in the line of duty in the 91-year history of the CHP.

The ceremony will be held by CHP Commissioner Amanda Ray CHP Academy officers and employees on Dec. 3 at 10 a.m.

The brief event will be live-streamed. The live-stream can be viewed by the media and public on chp.ca.gov or on the CHP Academy Facebook.

The CAHP Credit Union has established a memorial fund for Officer Ornelas. One hundred percent of all donations received will go to Officer Ornelas's wife.

The credit union is covering all processing fees and administrative responsibilities.

Donations can be made on the CAHP Credit Union website.