City of Delano reaches settlement in use of force lawsuit 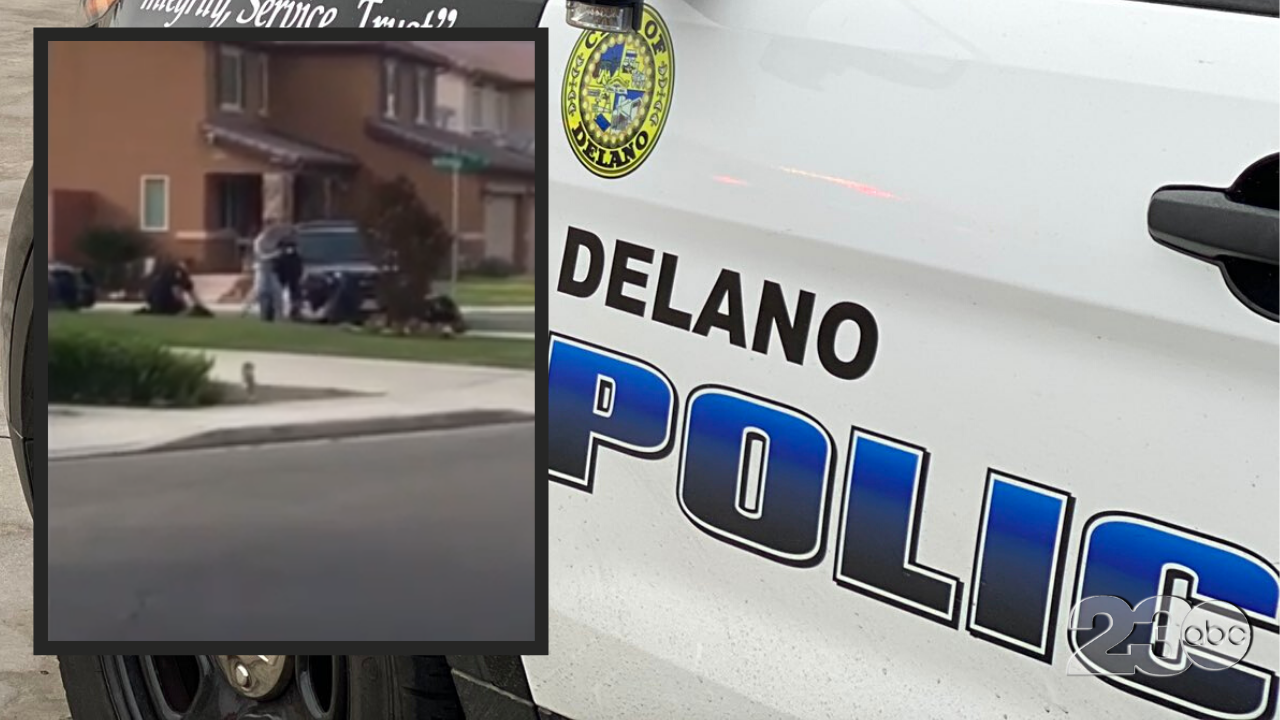 The City of Delano has approved a settlement with four high-school students who court documents say were "harassed and attacked" by police officers last year while walking through a neighborhood on their way to pick up prom passes from their school.

The incident, was caught on cell phone video in April of 2019 and included footage of one of the students being tackled, slammed to the ground, and handcuffed.

2019 Delano Police Use of Force Incident

According to a statement released by the ACLU SoCal: "Some of the students asserted the right to remain silent and objected to the questioning, saying they had done nothing wrong. The police officers drove away, but when the students continued to cross the street the officers made a sudden U-turn and sped back, halting only a short distance from them. Two of the students began video recording the officers with their cell phones. One of the officers slapped a phone out of a student's hand and pulled him to the ground. Another officer tackled a student. Both students were handcuffed."

At the time of the incident, Delano Chief of Police Robert Navarez issued the following statement: "Officers observed several subjects in the road. The officers attempted to get the people to move off the road and they refused. Officers then went to detain the subjects, who then refused again. That's when the officers went to arrest the subjects. They resisted and force was used to overcome the resistance and arrest the subjects. Four people were arrested: One 18-year-old (Edwin Ardon) and three 17-year-olds. They were arrested for Interfering with an investigation and Pedestrian in a roadway. "We take this very seriously. We will investigate it to find out what happened in its entirety, not just what is in the video."

The settlement comes after a lawsuit was filed by the American Civil Liberties Union Foundation of Southern California and the law firm of Morgan Lewis & Bockius LLP. It calls for each of the students to receive between $30,000 and $35,000.

The agreement also stipulates that Delano Police Department officers receive training to emphasize that they are prohibited from arresting members of the public for asserting their First Amendment rights.

"Although the unlawful arrest and excessive use of force continue to impact the students, this settlement agreement allows for some closure," said Stephanie Padilla, staff attorney at the ACLU SoCal. "It also importantly recognizes the need to train officers that members of the community have a right to record them engaged in their official duties and that this, in and of itself, does not constitute cause for detainment or arrest."