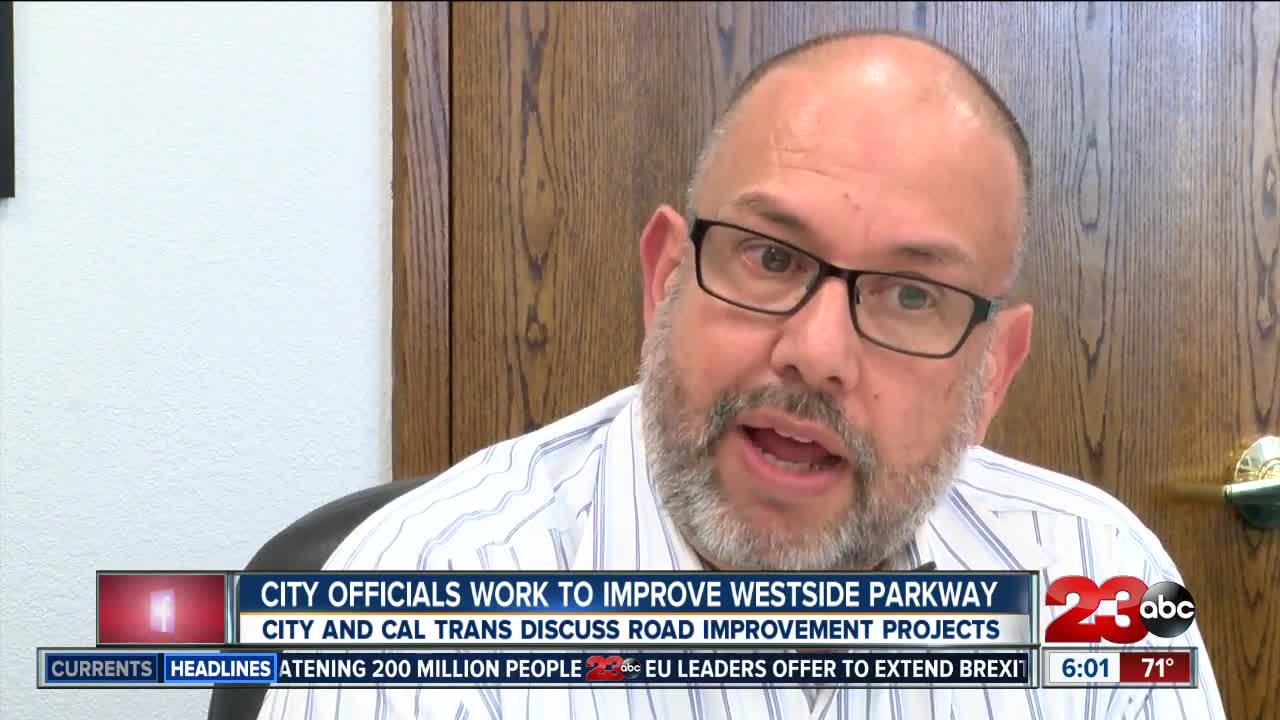 BAKERSFIELD, Calif. — Improvements to the Westside Parkway are currently underway as Caltrans is preparing to take control of the freeway from the city in the future.

23ABC News spoke to Caltrans and city officials in charge of the project to learn how and when this effort may impact your commute.

The Westside Parkway is a freeway owned and built by the city, but right now the city is in the process of transferring control of the freeway over to Caltrans so that it can become a state highway. However, before they do, Caltrans officials said there are some renovations that need to happen and the city needs to pay for it.

"So they want us to re-stripe the Westside Parkway, they have new standards so we are going to address that in the future project and there are some signs that we are going to change. Basically bigger signs on the side of the road." Bakersfield Thomas Roads Improvement Program (TRIP) manager Luis Topete said Caltrans inspected the Westside Parkway and saw that the city needs to renovate the freeway before they transfer control over to Caltrans, which is expected to take place later this year.

"We are transferring that facility to Caltrans so that facility, that freeway is going to become part of the state highway system,"Topete said.

The goal is to connect Highway 58 to Interstate 5. The 58 will connect to the Westside Parkway via the Centennial Corridor. Once the route is complete It’ will no longer be under city jurisdiction. Caltrans will take control over the freeway and it’ll be renamed Highway 58. Rosedale Highway will then see some new signage, "Westside Parkway will be signed as state route 58 and we will remove those signs on Rosedale highway."

Topete said Rosedale Highway will no longer be the 58. As for the cost of renovations Topete said it is minimal, "The cost is not a big cost and for the most part we are going to be able to do most of the work with our own city crews."

The cost of the improvements to Westside Parkway is an estimated one million dollars, which Topete said is included in the Centennial Corridor budget.

Topete said city or county officials will have to start purchasing land near Stockdale Highway in the next two decades and at that time if there are any residents affected by the freeway they will be notified. Crews will then start connecting the Westside Parkway to the I-5.