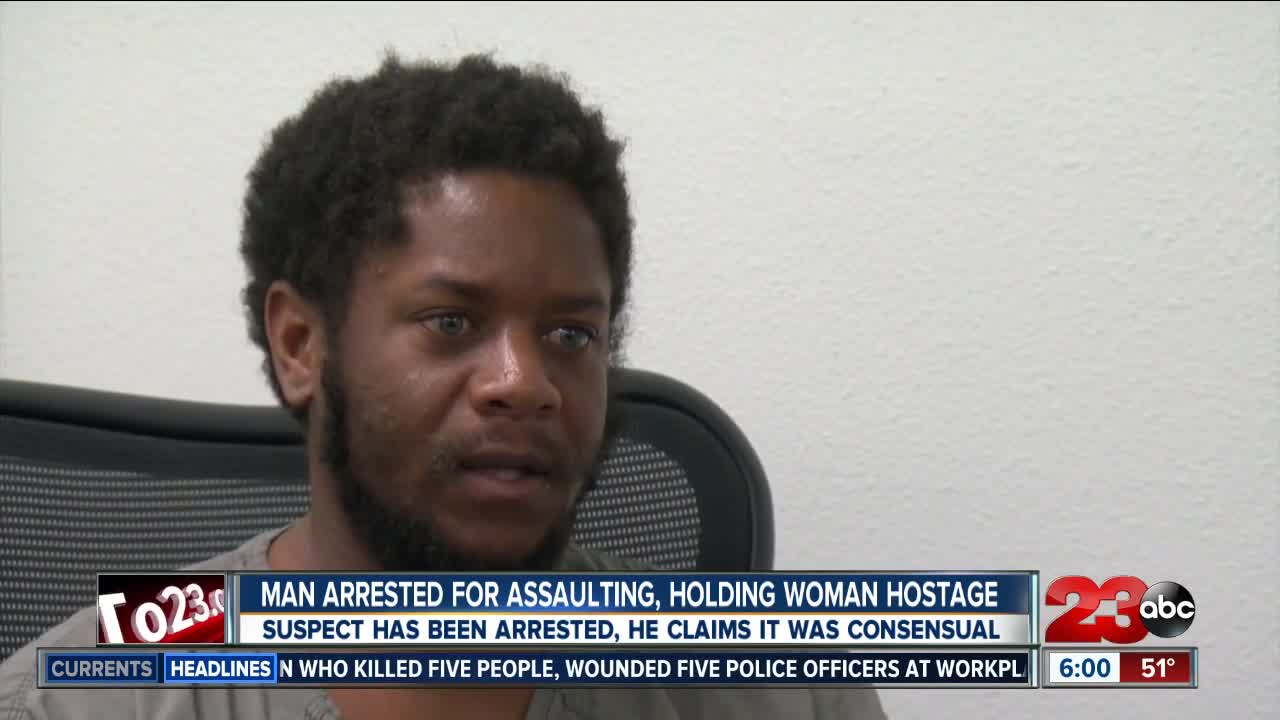 A Bakersfield man arrested for assaulting a woman on Valentine's Day speaks out.

BAKERSFIELD, Calif. — A woman says she was sexually assaulted and held against her will for nearly 12 hours on Valentine's Day in East Bakersfield, according to court documents obtained by 23ABC.

The assault happened Thursday in the 600 block of Sumner Street, court documents show.

The woman told police the suspect, identified as Lucious Carter, used a telephone cord to tie her hands and feet together and held her against her will, court documents revealed.

During that time, she told police Carter repeatedly sexually assaulted and strangled her.

Carter was arrested by Bakersfield Police, and booked on several charges including rape by force, and violating a court order to prevent domestic violence, arrest records showed.

Carter is expected in court on Tuesday, February 19.