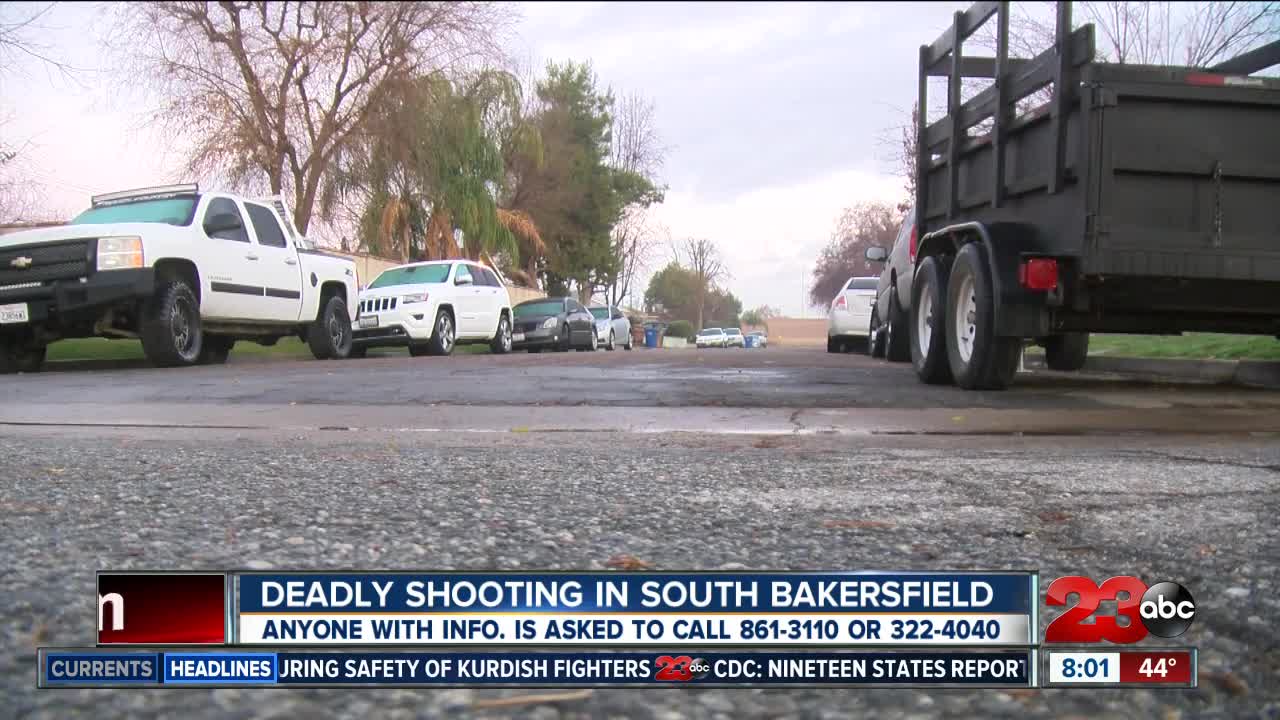 KCSO responded to a deadly shooting on Sunday morning.

BAKERSFIELD, Calif. — A man is dead following a shooting in South Bakersfield on Sunday morning.

The Kern County Sheriff's Department found a man suffering from a gunshot wound and was pronounced dead at the scene.

It happened on South Myrtle Street, near Terrace Way shortly after 12:30 a.m., according to KCSO.

The victim’s identity has not been released at this time and there is no suspect information.